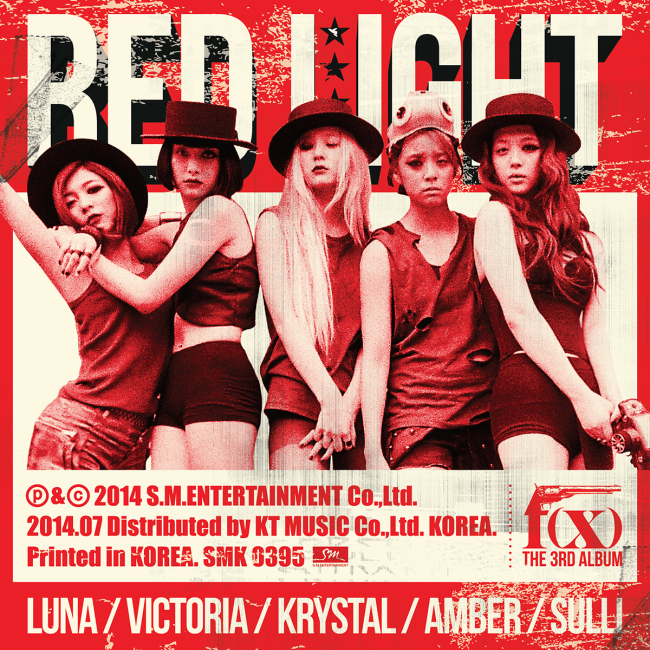 K-pop girl group f(x), known for their innovative and funky style, has returned with yet another album filled with unique sounds ― this time, funky as usual with an added touch of electro-pop.

The group’s new 11-track studio album “Red Light” opens with an eponymous lead single featuring diverse electric sounds behind a pop melody, all embellished with a dose of hip-hop.

“Red Light” begins with some ominous clock-ticking and the members’ rap-like chant, followed by a heavy bass line. The song builds up to a powerful synth-pop chorus, infused with digital blips and electronic overtones.

The tracks recorded on the rest of the album touch on various genres including dance, electronic, rock, pop and even fusion country.

“MILK” is a bouncy, harmonious tune that echoes f(x)’s signature rhythmical music style. Beginning with a cat meowing, a dog barking and glass breaking, the song builds up a catchy groove with rhythmic percussion.

The girls sing metaphorically about quenching their pained hearts with cold milk.

“Summer Lover,” written in part by Amber, and “Vacance” are fitting selections to listen to for the next few months, given that they both portray the summer season with refreshing and bright melodies.

“Spit It Out” has more hip-hop elements coupled with electronic sounds. Between the chorus and bridge with lyrics demanding one to “spit out your true feelings” is a futuristic mashup of electronic blips and blops.

“All Night” is a calm track that focuses on the group’s harmonious vocals, while “Butterfly” delivers a dreamlike melody and alluring lyrics.

“Dracula,” which has darker sonic undertones, opens up with a murmur by a sinister monster-esque voice. The song seeks to portray the fictional character “Dracula,” warning listeners to “run run run run away” from him. Several screams can be heard throughout the song, amplifying its ominous atmosphere.

With the quirky new release, f(x) seems to be bucking the trend in the modern K-pop scene. 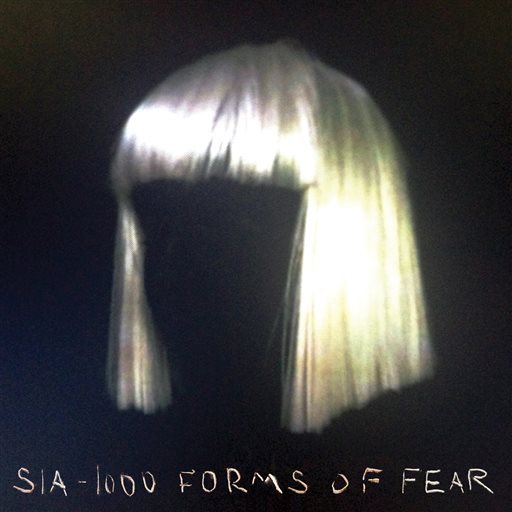 Since Sia‘s last album, 2010’s top-notch “We Are Born,” the performer has written songs for Beyonce, Rihanna and Katy Perry, co-starred on hits with David Guetta and Flo Rida, and achieved her first solo U.S. success with the Top 20 hit “Chandelier.”

America‘s finally caught on to the ultra-talented Sia, and the Australian singer-songwriter stretches her boundaries even further on her sixth release, “1000 Forms of Fear.”

Sia’s album contains some of the eerie but addictive material she‘s known for. “Big Girls Cry” builds from a soft verse to a memorable chorus, and she repeats that song’s refrain on the downtempo ballad, “Straight for the Knife,” another highlight. “Eye of the Needle” is just one more example of her musical prowess.

Sia is heartbroken on the album, and she has mastered how to tell her story on the 14-track set. But the singer isn‘t also down: The anthemic “Chandelier” is one of the year’s best pop songs, where Sia‘s scratchy and loud voice shines. The dance jam sounds like a tune Sia could have given to Rihanna or another contemporary pop act-- but thankfully she didn’t.

Other songs on “1000 Forms of Fear” are similar to the material Sia has crafted for others, from Christina Aguilera to Kylie Minogue to Britney Spears. But luckily the singer saves the best songs for herself. (AP) 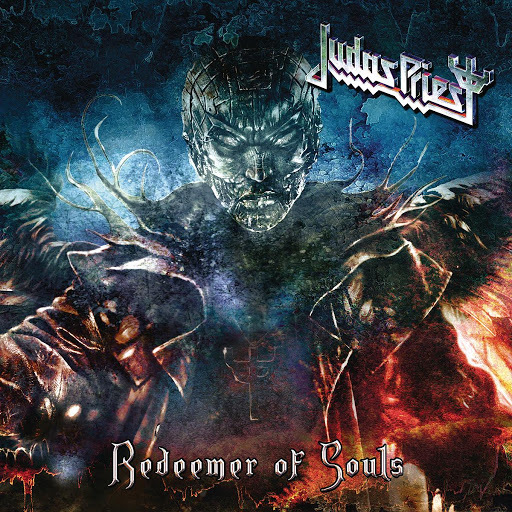 It takes a lot for a band to make up for a “farewell tour” that ended up not being a farewell after all. But on its new studio album, Judas Priest has redeemed itself nicely.

Simply put, “Redeemer of Souls” is the best album this band has done in over 20 years. Powerful, fierce, captivating and clever, this could be the hard rock/heavy metal album of the year.

It opens with a roar with “Dragonaut” and the melodic but still rocking title track.

But things really get interesting on “Halls of Valhalla.” Priest‘s one concession to age is that Rob Halford’s air-raid siren vocals have given way to mid-register singing. The wails of “Painkiller” or “The Sentinel” are few and far between here, but they do surface in a glorious way on “Valhalla.”

And “March of the Damned” has the same bottom-heavy groove as “Metal Gods”; it even has similar sound effects of heavy items bashing against each other and scraping on the floor.

So, if you thought Judas Priest was done -- like the band briefly said it was -- you‘ve got another thing coming. And that’s just fine. (AP)