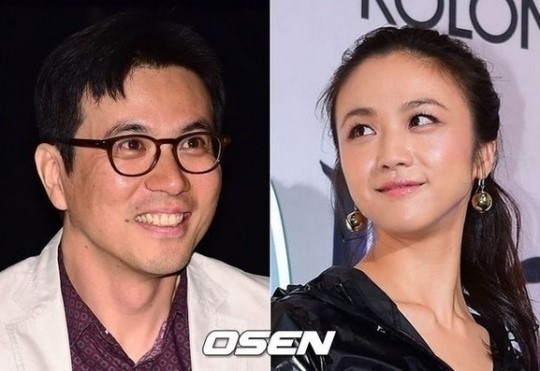 Tang and Kim have stayed in the Chinese capital since the two announced they would wed this fall on July 2. They allegedly met with Tang’s parents to pay their respects.

The Asian celebrity couple stepped out of an apartment building near Beijing Chaoyang Park late Monday night. They were holding hands and swiftly walking to their car. Kim was reportedly well-mannered enough to help his fiancee get into the car. The two seemed like a sweet married couple already, according to the reports.

Tang and Kim first met through the film “Late Autumn,” released in 2009, as actress and director. The couple maintained a good friendship until October 2013, when Tang visited Korea for a commercial shoot. They have dated since then.