Liu, 34, met the Korean singer when they were participants on the Chinese dating entertainment show “If You Love.” Since then they have been in a romantic relationship, the actress alleged in a press conference for the launch of her friend’s new project in China. 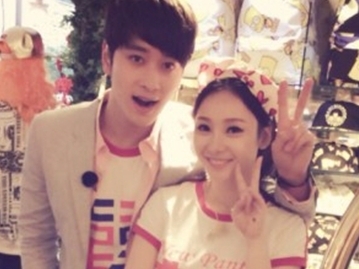 She told the press, “I’m currently in a relationship. My boyfriend has met my parents, and my parents liked him. But bringing him up seems a little early.

“I’m thankful that the program introduced me to someone who shines so much and making my heart throb,” she added.

Chansung’s agency JYP Entertainment, however, denied the relationship allegations. The agency stated, “We have read the articles and referred to (Chansung.) It is totally untrue.”