Now, the 25-year-old star is slated to play a tough-fisted bodyguard in KBS’ new weekend series “Wonderful Days,” where he will be rubbing shoulders with actress Kim Hee-seon and actor Lee Seo-jin.

In the upcoming drama, Ok plays Kang Dong-hee, younger brother of Lee’s Dong-seok. Quick-tempered and swift-fisted, Dong-hee is kicked out of high school for getting into a brawl in an attempt to protect his classmate Seo Jeong-ah, who comes to him three months later to tell him she is pregnant.

Fifteen years later, Dong-hee finds himself living with Seo’s twins, who are being raised as his siblings, while scraping together a living as a bodyguard in the same company as his older brother’s first love, Cha Hae-won, who will be played by Kim Hee-seon.

It is at this juncture that his older brother returns home and the real drama begins in what promises to be a warm-hearted family series.

As for Ok, who most recently played a rookie police officer in tvN’s ghost mystery “Who Are You,” this could represent his most challenging role to date. In the upcoming series, Ok must pull off the role of a troubled man with a boatload of family issues, including being the possible father of two kids. However, at the drama’s press conference in Seoul on Tuesday, Ok looked ready to take it all in his stride. 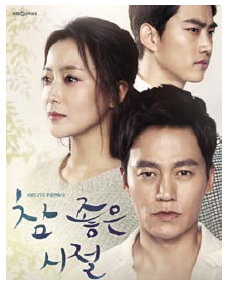 “I think my character Dong-hee has a lot of charming qualities,” said Ok. “He isn’t just a guy’s guy. I think that his personality changes depending on whom he interacts with, be it his older brother Dong-seok, Hae-won or his mom.”

The more-than-10-year age gap between Ok and co-star Kim does not seem to pose any problems for the K-pop star. About potential difficulties regarding the age difference between him and high-profile actress Kim, Ok said, “No, it is not hard to work with her at all. I am having a great time working with her.”

Actress Kim revealed that since her role and Ok’s role work in the same company, “our characters end up squabbling often.”

Kim went on to reveal that her costar is more than well suited for his role as a bodyguard, saying that Ok is “incredibly strong.”