[Voice] Is the asylum process working?

By Korea Herald
Published : Nov 11, 2013 - 19:42       Updated : Jan 20, 2021 - 16:25
Namir says that returning to his home country of Sudan would mean a certain death sentence. His only crimes, he claims, were converting to Christianity from Islam and criticizing his government in writings on the Internet. He is just one of the more than 5,300 asylum seekers that have entered Korea since 1994, according to figures from the Ministry of Justice published in the Hankyoreh newspaper.

“I was arrested and tortured many times, and based on Sharia laws that govern my country I was forced to write a pledge to abandon my religion and return to Islam; otherwise I will face (a) death sentence,” said the man in testimony provided by NANCEN, a support center for asylum seekers. “And now I’m afraid to go back to Sudan, because I will inevitably face the death penalty.”

Through NANCEN, he was set up with temporary housing, where he lives with 10 other people.

“We rely to live on food provided by the center and this center receives support from donors. So sometimes we are faced with an acute shortage of food, but we do not have any other option except patience.”

Statistically, his odds of being recognized as a refugee and permitted to stay in Korea indefinitely are not high. Just 329 asylum seekers, about 6 percent of the total, were granted refugee status on their first attempt in the past 19 years. Most of the others have gone on to appeal before ultimately taking their case to court. While policy differences make comparisons across countries difficult, jurisdictions such as Australia and Canada accept as many as 67 percent and 40 percent of applicants, respectively, on their first attempt.

Kim Seong-in, the director of NANCEN, believes the current asylum process is broken, with the system set up to reject applications.

“The Ministry of Justice is the department arresting illegal immigrants but at the same time they are supporting refugees. They want to control the foreigners, (it is) not for human rights. I think that is the basic problem,” Kim said at his center in Guro-gu in Seoul.

Though acknowledging that it was possible that as many as half of asylum applications were false, Kim said that Korea’s acceptance rate of refugees was unreasonably low, largely due to a “one nation” mentality. As one solution, he suggested separating the responsibility for processing asylum claims from the Ministry of Justice and transferring it to the Ministry of Foreign Affairs or Ministry of Security and Public Administration, or establishing a ministry for immigration.

“There is no standard, so every case, although they have the same story, the result comes out differently. They tend to try not to accept them but more so discern whether they are false so they can reject them,” said Kim.

An official from the Ministry of Justice told The Korea Herald that applications were assessed based on interviews and pre- and post-interview fact-finding, including the examination of “evidential materials” and investigating “internal and external circumstances.” He also defended the current restrictions on work, saying they were comparable to or more generous than those of other developed countries.

“Restrictions on work permits for refugee applicants within six months of application are necessary because the application could be abused for extending their stay,” the official said in an emailed statement.

But the acceptance rate of applications is not the only aspect of the current system criticized by activists like Kim. They also take aim at work restrictions and the level of financial assistance provided by the government. Since the most recent refugee law came into effect in July, asylum seekers have been able to seek permission to work six months after submitting their application, although the ministry can reject such a request. The new law also provides for medical assistance, living expenses and housing for up to six months while their application is being processed. According to Kim, however, only about $300,000 has been allocated to the budget for such support for next year. In contrast, he said, the government spends some $2 million-$3 million annually to operate a $13 million complex in Incheon that houses about 400 asylum seekers for three months after they first arrive.

“They are spending too much money just controlling 400 people. What about the other 600 people? There is no plan, there is no budget,” he said.

Kim said such money would be better spent hiring more staff to process claims so the process could be expedited, claiming “$100,000 to hire two or three more officers could have the benefit of $1 million” in savings.

The Justice Ministry official noted that the current framework had just recently been established, but said any changes would be considered after a review of policy outcomes.

“The current refugee policy of the Republic of Korea follows the refugee law enforced on July 1, 2013. It introduced a refugee application system, a professional refugee examiner system, and enhanced the appeal examination procedure through the establishment of a refugee committee. It will be decided whether to amend refugee policy or not after reviewing the result of the enforcement.”

John Thang, a Myanmar human rights and refugee activist, is optimistic about the law for a country that he says has up until now wanted to give the appearance of meeting its international obligations without actually doing so.

“It means immigration or any officer cannot abuse (the situation) like before because there is an official law that prevents any abuse. Before ... they could violate international law, because domestically they had no Korean law about refugees.”

A pseudonym was used for a source in this article to protect his identity. Intern reporter Sung Jin-woo contributed to this article. ― Ed.

North Koreans seem to have many problems adapting to living in South Korea. But many South Koreans don‘t seem to be very welcoming to them, either. It shows everyone that all of the talk about “unification” is just that ― talk. South Koreans don’t seem very interested in making any sacrifices in the name of unification. 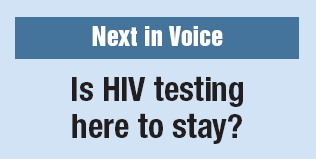