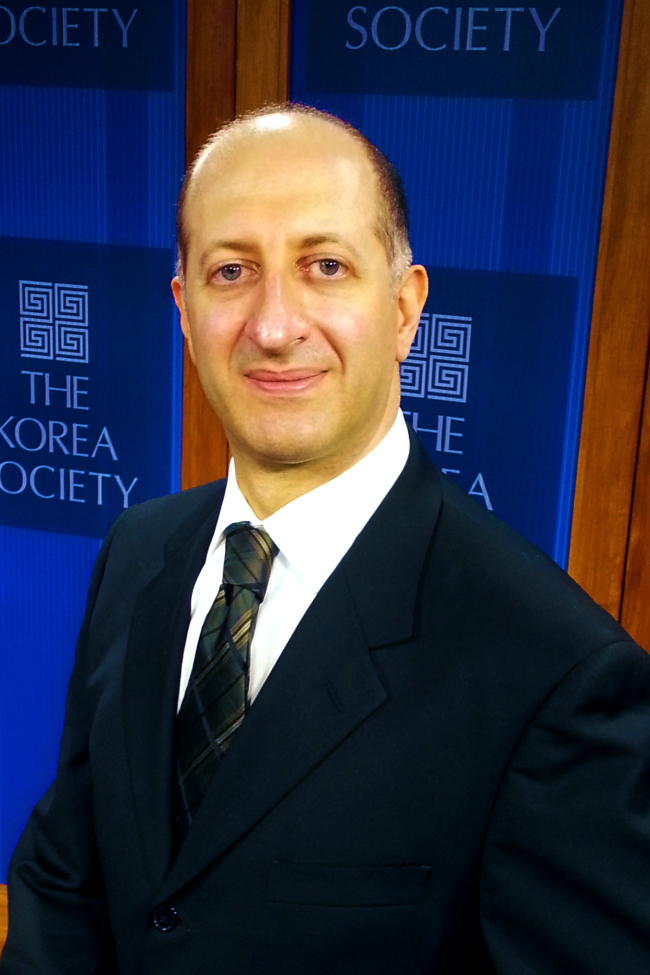 Computing technology was novel, rare, and exceedingly expensive in 1957, the year Gen. James Van Fleet founded The Korea Society in New York City. Today, computing technology ― made popular and affordable in large part by Korean research and manufacturing ― is transforming The Korea Society and has the potential to spark a renewed interest in Korea.

The Korea Society is dedicated to the promotion of greater awareness, understanding, and cooperation between the peoples of the United States and Korea. Our mission is primarily educational, and the organization has a long history of hosting talks and symposia on Korean culture, politics, and business. But where our programs were once only available to those in New York or Washington D.C., technology now helps us reach a far greater audience.

Today, the web and digital video allow us to broadcast our programs ― such as an address on women’s leadership and higher education with Ewha president Kim Sun-uk, a discussion of Don Oberdorfer’s “The Two Koreas” with Bob Carlin, or an assessment of strategic risk on the Peninsula with Ambassador for National Security Affairs and Global Issues Lee Chung-min ― to a growing audience in the United States, Korea, and around the world. (After the U.S. and Korea, the Philippines, India, and Indonesia provide the most visits to our website.) Our audio lectures on South Korea’s history, cuisine, and music ― as well as a series on Korea and the G20 ― have been downloaded tens of thousands of times. We now look forward to providing online coverage of Foreign Minister Yun Byung-se’s keynote speech at The Korea Society’s annual dinner during the United Nations General Assembly at the end of September.

In making this transition to digital media, we have realized that no single format suits every person. We’ve heard from professors who assign our videos to their students, policy analysts who load up their MP3 players with our podcasts before visiting Asia, and Americans who choose to support The Korea Society as members even though their only contact with the organization is through the Internet. Also, many thoughtful people ― like readers of this newspaper ― prefer the writen word. Where once we could only afford to print and mail a summary of our programs a few times a year, today a variety of communication technologies rush transcripts of our speakers to members, policymakers and opinion leaders. The speed and economies offered by these technologies allow us respond rapidly to news events in Washington and Seoul, making The Korea Society’s programming more timely and relevant.

The Korea Society’s programs for teachers have also benefitted from computing technology. For nearly 20 years, The Korea Society ― with the help of organizations like the Korea Foundation and the Academy of Korean Studies ― has brought American classroom teachers to Korea for study tours and research. Though these teachers work at schools located throughout the United States, video conferencing now allows them to meet our staff, ask questions and build relationships among themselves long before they meet physically in Korea. When they return to their own schools, the teachers submit lesson plans based on their research, which we distribute electronically to a growing list of educators who seek to bring Korea into their classrooms. On our own doorstep, we work with the New York City Board of Education to provide teacher training in Korean history, culture, and art, but now we can show these lectures ― such as those on Korean Buddhism, Confucianism and literature ― to parents, teachers and students, wherever they may be located.

Despite this emphasis on digital distribution, The Korea Society has no intention of becoming a purely “virtual” organization. Our leadership ― veterans of the diplomatic corps ― understands the importance of building relationships face-to-face. Fortunately, the very same technology that provides The Korea Society with new distribution networks ― such as smartphones and mobile networks ― helps a small staff like ours operate with increased levels of efficiently outside the office. Therefore, we have undertaken a new initiative to host “Korea Day” programs in regional centers of excellence around the United States. In the past three years, we have organized symposia for business, culture, education and government leaders in Atlanta, Pittsburgh, Chicago, Seattle, Ann Arbor, Denver and Austin. Joining us at these events have been luminaries in the Korea-U.S. relationship, such as ambassadors Han Duk-Soo, Choi Young-jin, and Christopher Hill. In November, we will be hosting such conferences in Tampa and Sarasota, Florida, important centers for military affairs and international trade.

Today’s digital distribution methods are so pervasive that it is easy to forget just how recent some of these changes have occurred. More than 25 percent of people who watch The Korea Society’s videos do so on devices such as smartphones and tablets that did not exist until recently. The Korea Society first experimented with online video less than four years ago, not long after Samsung released its first Galaxy S phone and as tablet computers just started becoming viable consumer products. Even the large television networks in the United States began Internet broadcasts only a year or two before that. Today, we have a new set of tools to help fulfill our educational mission.

People who engage with The Korea Society digitally do so ― in almost all cases ― with technology that was developed, designed, or manufactured through combinations of technologies invented by Koreans and Americans. This provides an historic ― perhaps even a once in a lifetime ― opportunity to engage Americans in learning more about Korea, a world force in creating the computing and communication devices that enrich our lives, and to celebrate the power of the partnership that Gen. James Van Fleet sought to nurture when he founded The Korea Society.

By Daniel B. Levine

Daniel B. Levine is vice president of administration and communication at The Korea Society based in New York. ― Ed.