[Voice] How safe is Korea’s rail?

By Korea Herald
Published : Sept 30, 2013 - 20:10       Updated : Oct 14, 2013 - 19:42
The firmly grounded train is rarely associated with the fear felt by nervous air travelers. But a string of minor accidents in recent years, including last month’s most recent three-way train collision in Daegu, has caused the public to question the safety of one of the country’s most popular modes of travel. In 2011, there were 130 incidents involving the high-speed KTX alone, according to the Board of Audit and Inspection. The BAI laid much of the blame for these incidents on rail operator KORAIL for knowingly purchasing defective KTX-Sancheon trains manufactured by Hyundai Rotem.

In the case of the Daegu incident, officials from the Ministry of Land, Infrastructure and Transport and the police quickly identified human error as the likely cause. The results of an investigation into the incident by the ministry are due to be released in October. When contacted by The Korea Herald, KORAIL declined to comment on the crash or even general safety procedures, citing the ongoing probe.

An official with a risk-management nonprofit that last year conducted a three-month inspection into safety standards at KORAIL, however, said the accident, like most others, could be attributed to a lax safety culture relative to other developed countries.

Shin Seok-kyun, business development manager of Korea transportation at Lloyd’s Register, said many lower-level employees at KORAIL failed to grasp the safety implications of their work.

“They need to feel, ‘Why (do) I think safety is first in my work?’ They don’t think that. ‘Yes it is just routine work, that’s all. I need to finish the work and go home earlier.’ But such routine work can affect or cause a problem,” he said.

According to Shin, this laxity is compounded by the hierarchal nature of the company and general Korean culture.

“Everybody just follows such a structure and the safety culture cannot be changed within such a culture. That is the big difference between Korea and the other, Western countries,” he said.

“In such a hierarchy, the lowest levels do not want to report the reality to the senior bosses. But the safety issue should be open to all levels, no matter the position. But still the safety culture is maybe 50, 100 years (behind) Europe or other Western (countries).”

The confidential report from this year’s inspection, seen in part by The Korea Herald, identified other areas for improvement. While it found maintenance and inspection standards at KORAIL to be high generally, it said that the safety management system (SMS) operations manual and SMS documents lacked content related to international best practices. Among the areas found to be deficient were “human factors,” “management safety verification” and “managing contractors.” SMS documents outline a company’s safety objectives based on previous policy statements.

Not only human error, but deliberate operational procedure, too, has attracted scrutiny. In the wake of the Daegu crash, some media commentators blamed KORAIL for operating KTX and standard Mugunghwa trains on the same track ― a valid criticism according to Suh Sun-duck, a professor at the Department of Transportation and Logistics Engineering at Hanyang University.

“Original planning envisioned a completely separated system, tracks and everything. But many modifications happened after the original planning for various reasons. Sharing tracks among conventional trains and KTX happened in basically three locations. The first is between Seoul-Siheung, and the second and third areas are Daejeon Station and the Daegu (including Dong Daegu Station) area. Construction of underground passing in Daejeon and Daegu to make the KTX use a separate track was included in the second stage of the KTX project, but was abandoned,” Suh said in an email interview.

“Sharing tracks among slower trains and KTX increases the potential for safety issues, on top of the capacity issue. Those commentators were right in suggesting that. Sharing should have not happened, from the perspective of efficient KTX operation.”

Accidents and fatalities on the country’s rail network, however, have been on the decline in recent years, according to data from the Korea Railroad Research Institute. Including accidents at railroad crossings, the annual number of accidents fell from 460 in 2006 to 250 last year. The total number of fatalities dropped from 190 to 108 over the same period.

Suh noted that despite recent operational issues, Korea has yet to have a fatal collision involving high-speed rail, which has been involved in a number of devastating accidents abroad in recent years.

“Considering the most recent fatal high-speed rail system accident in Spain (40-plus dead) and fatal accidents in China (again 40-plus) and Germany (100-plus if I remember correctly), and one fatal accident in one of the Shinkansen (Japanese) stations (one person dead), KORAIL is doing okay, at least up to now, with KTX, I think,” said Suh.

According to some researchers, in fact, Korea’s rail safety standards could be ranked among the best there are.

“Centered on the railway safety law that was established in 2004, additional railway safety measures have persistently improved, advancing the nation as a leader of railway safety as of 2009. (Applying the equivalent standard for accidents and comparing it to states of the EU, Korea’s railway safety proved to be at top level),” Kwak Sang-log of the Korea Railroad Research Institute said in an email interview.

“There have not been any passenger fatalities since 2004, and deaths by railway accidents have mainly been due to illegal crossings of railroad tracks and suicide or negligence while standing on the platform.”

Kwak added that accidents due to human error were a global problem without any clear solution.

“As of late, any major railway accidents such as derailment, collision and fire are usually caused by human error (slips, mix-ups, misconceptions, violations) of the engineers and dispatchers. However, visible measures that can help prevent or reduce human error are lacking globally,” he said. “As such, accidents in Japan, Spain, Canada, Germany, the United States and others are frequently occurring.”

But among the most important factors to ensure safety may be for KORAIL to simply follow its own and the Land and Transport Ministry’s already high standards. Suh said the ministry had an important oversight role to play in this regard.

“Setting a safety system for everyday operation is one thing (ministry and KORAIL’s role), and actually sticking to the procedure is another thing (KORAIL). To ensure operational procedure is being followed, the ministry should closely monitor the operator’s activity. This kind of arrangement is common to every country,” he said. “Personally I think a system is already there. The issue is how to force KORAIL to follow the procedure to the letter, with the help of the ministry’s supervisory work.”

In its report on KORAIL, Lloyd’s Register outlined a five-year road map for enhancing safety at the rail operator. The two organizations are continuing to work together and just last week signed a memorandum of understanding on enhancing safety. While Shin said the road map was met with enthusiasm from the safety department within the company, he expressed skepticism about whether this sentiment was shared by the company at large.

“I can feel two things. One is, yes, KORAIL has started to have an interest in safety, that is why the safety department has a very passionate interest,” he said.

Speaking on condition on anonymity, an official at the Transport Ministry said the ministry was aware of the report, but expressed surprise at the safety concerns put to him, saying the inspection had found KORAIL’s safety management to be excellent.

“We are aware that Lloyd‘s Register had previously signed a contract and thus performed a 3-month inspection but the official conclusion was that KORAIL’s safety management system was up to international standards and, in terms of investment into safety and safety awareness, received even superior assessments than some parts of Europe,” he said, stressing he was not representing the official position of the ministry.

English is very important in Korean society. Every student in elementary school, middle school and high school studies English very hard. And salaried workers as well as university students also devote themselves to studying English for advancement. English ability is important in a tight job market. Quite a few Korean people may study English more than Korean.

But I do not agree that “the younger children can start learning, the better.” Thanks to your article “How early should kids learn English?” I got to know that second-language acquisition is possible from as young as 3 years of age. And more than 90 percent of surveyed parents with a child in the first or second grade had begun their child’s English education between the ages of 3 and 5.

I think that “early English education” in Korea is not education, but learning by rote. English-language kindergartens have become popular among parents who can afford their typically high tuition fees. It’s just a “league of their own.” As you quoted of professor Lee at Hanyang University, “It is just for the parents’ satisfaction. It is more related to parents’ psychological relief.”

I also agree with professor Kwon at Seoul National University. He said that starting young could have an advantage simply in terms of accumulating more hours of language learning.

Most of the time I feel safe on the subway but during rush hour it can get crazy. It does seem that some Korean men try to take advantage of the situation and rub up against women when it is very crowded. Line 1 between Seoul Station and Guro Station and Line 2 seem to be the worst places to be during rush hour. Korean women have warned me to avoid those lines during rush hour. I also wish that the many drunk Korean men would be kept away from the subway stations. They can be scary and there are never any Korean police around subway stations. 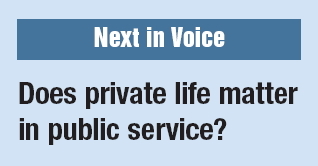