[Voice] How restricted should personal info be?

As the Internet shrinks the private sphere ...

By Korea Herald
Published : Jun 3, 2013 - 20:27       Updated : Jun 3, 2013 - 20:27
Koreans often proudly proclaim that theirs is one of the most Internet-savvy societies in the world. While testament to the country’s prowess in information technology, such interconnectedness nevertheless poses challenges to privacy and respectful public discourse.

Every society must balance the right to know with the right to not be known about. But it is unlikely that many countries feature such starkly diametric forces at work as Korea.

An IT infrastructure arguably unmatched for disseminating information exists in tension with laws, media convention and cultural norms that place a premium on privacy. Even as netizens name and shame members of the public for the more minor indiscretions, email addresses remain hidden in Naver searches, while serious criminals go unnamed in news reports.

The country’s defamation law acts as one of the safeguards in place to protect personal information. Not only protecting individuals against information that is false, the law also prohibits the spread of that which is damaging to one’s reputation and not “solely in the public interest,” ostensibly making much personal information off-limits.

“Protecting one’s personal information and disclosing it is like a flipside of a coin,” said Ahn Sang-woon, an attorney at Jeil Law Office in Seoul who deals with defamation law.
Public figures

“Protecting one’s personal information is important but thoroughly protecting it has a potential to limit the public’s right to know; whereas, the opposite is also worrisome.”

Ahn said public figures and ordinary members of the public were necessarily treated differently by the law in accordance with the distinction made between them by the Supreme Court.

“Currently, defamation law works to prevent senseless spreading of personal information via the Internet, but I cannot gauge how effective it is. But, this is applied differently to public figures. Requiring public figures to not have their name revealed limits the public’s right to know.”

Despite this distinction, however, some observers still see the law as overly protective of those in positions of authority.

Before the dissemination of personal information is ever challenged in the courts, it may be restricted by the Korea Communications Commission or Korean Communication Standards Commission. The latter body requests the removal of online content deemed defamatory, obscene or harmful to national security, on the threat of fines.

The KCC, meanwhile, sets overall communications policy. One of its initiatives, the real-name law requiring Internet users to supply personal information when posting on websites, came under major criticism for its role in numerous leaks of personal information. Several months after the personal details of 35 million Cyworld users were stolen in 2011, the KCC announced its intention to phase out the controversial law.

The KCC did not reply to questions from The Korea Herald about information protection by press time.

Even if the principle of holding public figures up to scrutiny is uncontroversial, the potential consequences of such attention pose questions about the free availability of information. Where some might see netizens as empowering the public by daring to do what media won’t and revealing the identities of those who fall foul of the law or social norms, others perceive faceless keyboard warriors acting as judge and jury.

Gavel or not, netizens have proven themselves capable of huge influence over the lives of those who fall of out of their favor, receiving blame for resignations and even suicides.

In one of the most recent cases, Internet users disseminated the personal details of a POSCO executive accused of hitting a flight attendant on the head with a magazine while venting about the quality of the food served onboard. While the case was widely reported, media outlets had shied away from identifying the executive involved.

Describing privacy as “contextual,” Park Kyung-shin, a commissioner with the KCSC, said that the right to privacy of someone like the POSCO executive should largely depend on their actions.

“So as to the POSCO director, whether he could claim privacy on what he did depends a lot on what he exactly did,” said Park, noting that the U.S. Supreme Court did not recognize any right to privacy when committing a crime.

“Did he actually hit the flight attendant or was he just making visually ‘loud’ gestures? Now, there are times that it is difficult to find out objectively without setting up some public scrutiny around the incident. If there is such thing as minimum necessary information for setting up such scrutiny, the courts in Korea, the U.S., and around the world have accepted leakage of that much info, recognizing the overwhelming public interest in scrutiny.”

With two fundamental principles in opposition, settling the issue definitively is likely to be all but impossible. Nevertheless, those with a stake in the matter could more precisely define the parameters of the debate, said Ahn.

“As of now, it is hard to say which one is more protected between freedom of sharing information and protecting one’s privacy,” he said.

“These two check and balance each other. But under the current legal system, protecting personal information is considered more important, whereas in reality one’s privacy is more invaded. The Personal Information Protection Commission and Freedom of Information Commission should provide more realistic and open guidelines regarding this issue.”

Bicycles should be allowed on all subways at all times. I am a multimodal commuter. That means I use a bicycle and public transportation to go to work. The subway can be a great tool to alleviate congested traffic and for bicyclists like myself to travel long distances more easily and freely. Also, there are some stretches of road that are simply too dangerous to ride during rush hour.
During these times, I like to take my bicycle on the subway for a few stops. It is not an inconvenience to anyone. Nobody is being denied a seat by me standing with my bicycle in the back of the subway car.

I have enough common sense and courtesy to know that I should not shove my way onto an overly crowded subway with my bike.

Perhaps a good solution would be to designate the last car as a bicycle-friendly car. Please, consider making it easier for multimodal commuters who use public transportation in combination with bicycles to use the subway. Thank you.

All websites should be made to collect only the basic information, such as name, sex and birth date, from people. Some people might argue that further information is necessary to identify oneself. However, there are other useful identification methods. To illustrate, people can take advantage of an i-PIN, a means of identification that is widely used nowadays. Utilizing an i-PIN is much safer than using a social security number since an i-PIN can be deleted and reissued at any time.

Although using an i-PIN cannot completely eliminate related crimes, it can alleviate the situation.

Email and instant messaging are all I would trust for sharing and retrieving of personal information.

Another point is that it depends on the person if they want to provide their personal information; however, they should think before inputting. They have to make sure that the site is verified and that their identity will not be stolen.

Balance is key; restrictions have to be enforced by IT people making sure that the site is trusted and safe to provide personal information to, and the people need to do their part as well. 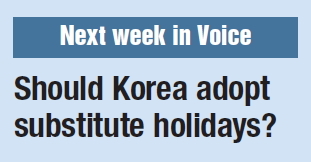