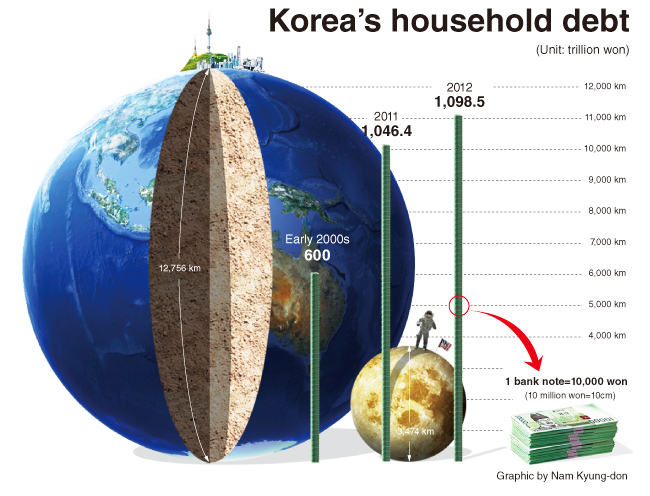 Korea’s household debt has increased by 52 trillion won in just a year, according to a government figure, ringing alarm bells about the nation’s economy.

The financial authorities expressed concerns that the current situation would get worse, since there were signs of an economic upturn.

Moreover, there is a possibility that more people will borrow money from banks as low interest rates are expected to continue, analysts said.