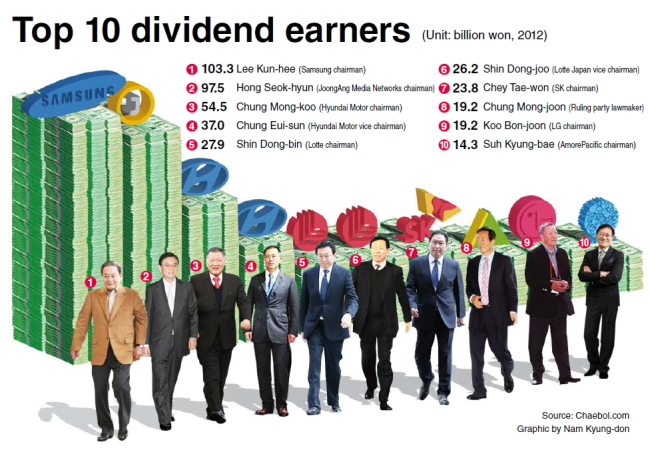 The number of people in Korea who earned more than 10 billion won in dividends last year was 19, data showed. Most of them were chiefs of the nation’s top conglomerates and their family members.

The data released by chaebul.com, which tracks large conglomerates and their owners, said the number had fallen from 21 in 2011 because of the global economic downturn.