[Voice] Should adultery be a crime?

As the 60-year-old law again faces a legal challenge ...

By Korea Herald
Published : May 13, 2013 - 20:57       Updated : May 13, 2013 - 20:57
Sixty years since it was enacted, the country’s law banning adultery is facing yet another constitutional challenge. For the sixth time since 1990, the Constitutional Court will next month begin deliberating whether the criminalization of adultery constitutes an unacceptable interference by the state into the private lives of citizens or a justifiable bulwark against family breakdown.

Following the conviction of a 48-year-old woman for affairs with two married men in 2011, Uijeongbu District Court referred the law for constitutional review, arguing that it infringed “on an individual’s privacy and freedom of sexual life.”

The law defines sex with someone other than your spouse as a crime punishable by up to two years in prison. Any unmarried person who knowingly has sexual relations with someone who is married is also liable for prosecution. The law is not just for show either, with a small number of people imprisoned for the offense every year. 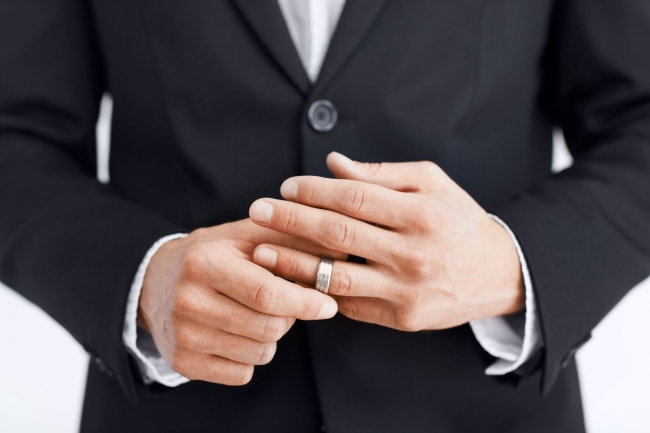 But enforcement has waned in recent years. Whereas 216 people were given prison terms under the law in 2004, that figured had dropped to 42 by 2008.

At the same time, the law’s legal foundation has become more precarious: During its last review by the Constitutional Court, five out of nine judges deemed it unconstitutional, falling just one judge short of the six necessary for repeal.

Hwang Byung-il, a Seoul-based attorney who includes family law among his areas of expertise, is among those in the legal industry who believe the law needlessly interferes in people’s private lives, calling it against “freedom in love.”

“How could a nation interfere in such kind of delicate emotional matter? It is against the basic principles of democracy,” said Hwang.

“Mankind has a tendency to challenge such unreasonable oppression. In other words, in a case where this is no convincing or persuasive reason, they never stop challenging it.”

While the law applies equally to men and women, it is ostensibly the latter that the law was designed to protect. With no concept of alimony existing in Korea and many married women lacking financial independence, the criminalization of infidelity theoretically provides protection against a spouse’s infidelity. But while the law enjoyed the support of women’s rights advocates in the past, many have more recently turned against it, a shift that has coincided with more husbands bringing charges against adulterous wives.

While previously quoted in media as being in favor of the law in recent years, The Korean Legal Aid Center for Family Relations told The Korea Herald that it would not take a public position until after the Constitutional Court had made its ruling. Likewise, Korean Women’s Association United said it could not provide a unified stance on the issue in time for print as it is composed of numerous different organizations. Sue Kang, the KWAU representative that spoke to The Korea Herald, said that in her personal opinion, however, adultery should not be criminalized, calling it a matter of “personal choice, which the law or government should not be involved in.”

Considering the societal expectations heaped among women, Hwang sees is sees the current legal situation as being at odds with gender equality.

“In the case of women, it could be fatal and even just like suicide, because sick rumors spread very rapidly among their relatives and friends. ... They (women) risk losing their family, losing their job, and child custody.”

Other voices in academia share a similar view. Gahyun Youn, the president of The Korean Association for Sexology and a professor of psychology at Chonnam National University in Gwangju, objects to criminalization on egalitarian and privacy grounds.

“Almost over the past 25 years, I have delivered the message that the adultery law should be repealed to my students,” said Youn. “The main idea is that retention of the law in itself is against the egalitarian view. Also marital infidelity, either sexual or emotional infidelity, should be a private matter, not a public one.”

While unusual for being actively enforced in a developed country, the law is not necessarily viewed as anachronistic by the general public. One survey around the time of actress Ok So-ri’s trial for adultery in 2008 found public support for criminalization at almost 70 percent. Another survey by Korea Research Center in 2010 found that seven out of 10 housewives favored retaining the law. Many of those in favor of the status quo fear that repeal would encourage martial infidelity.

“We believe that adultery should be a crime as it is currently,” said Jae Gi-sung, the head of a men’s rights organization Man of Korea. “The rights of a good spouse who tried to keep the peace in the family should be put before the rights of the adulterer.”

While his organization is concerned with men’s issues, Jae believes the law is good for both sexes by giving spurned spouses a means of recourse.

“Yes (the law is good) not only for men but women. The law helps them confront their spouse who have committed adultery and impose a legal punishment.”

But it is possible that changing sexual mores will leave the legal environment out of date ― or even already have. Youn said it was no longer inevitable for Koreans to be intolerant of infidelity or for women to be judged more harshly for the same behavior.

“Today, many people are against adultery, but some people are not. They think that since a married man can meet another woman, a married woman can another man. Man can do it. Woman? Why not!”

The spouse who was cheated on should be able to sue for breach of contract (or something similar), child support, etc, but as for punitive laws, no. This is private behavior and should not be legislated against. Keep the police out of people’s bedrooms. If, however, there are such laws, they should be worded to ensure gender equality. That is, both men and women should be protected equally and have equal access to the same legal recourse.

Sexual relations should only be deemed criminal if someone in the sexual relationship does not consent with sound mind. In terms of morality, adultery is debatable, but the state should not take part in the discussion when contemplating criminal law.

While I personally feel adultery is wrong, and a total betrayal, it is a moral issue.

No government has the right to govern morality. Once they start it will only lead to a repressed population.

To protect the values of “family” and “marriage” the law is still necessary. And it was about five years ago when the constitutional court ruled that the law was constitutional, and five years is not a long time regarding legal stability.

I’d prefer to keep religious crimes off the secular law books, personally. It seems a slippery slope to go from what may be perceived as a social rule to other laws based on more narrow religious definitions.