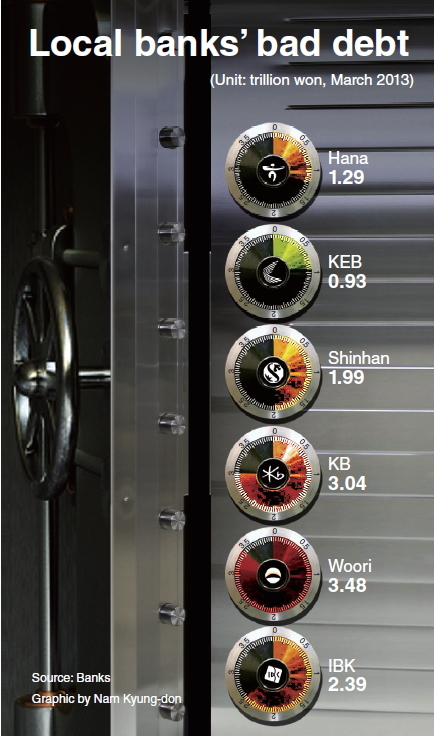 The total sum of nonperforming loans from the country’s six largest banks has been snowballing, reaching 13.1 trillion won ($12 billion) as of the end of March, up 12.9 percent since December’s 11.6 trillion won. A nonperforming loan is one that appears unlikely or impossible to be repaid.

A bank official said the global economic slowdown had a negative influence on the financial credit of large firms, one of which is STX Group.