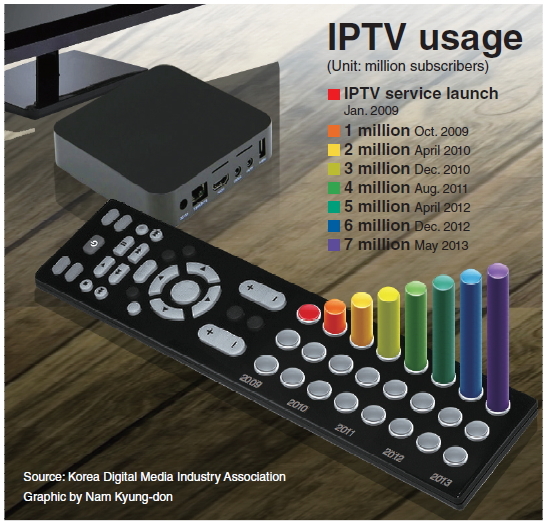 The number of Internet Protocol television subscribers surpassed 7 million on Friday, according to the Korea Digital Media Industry Association.

Analysts said the fast rise in IPTV subscriptions is largely thanks to its operators’ brisk marketing activities and new services.

Korea is the fourth-largest IPTV market behind China, the U.S., and France.