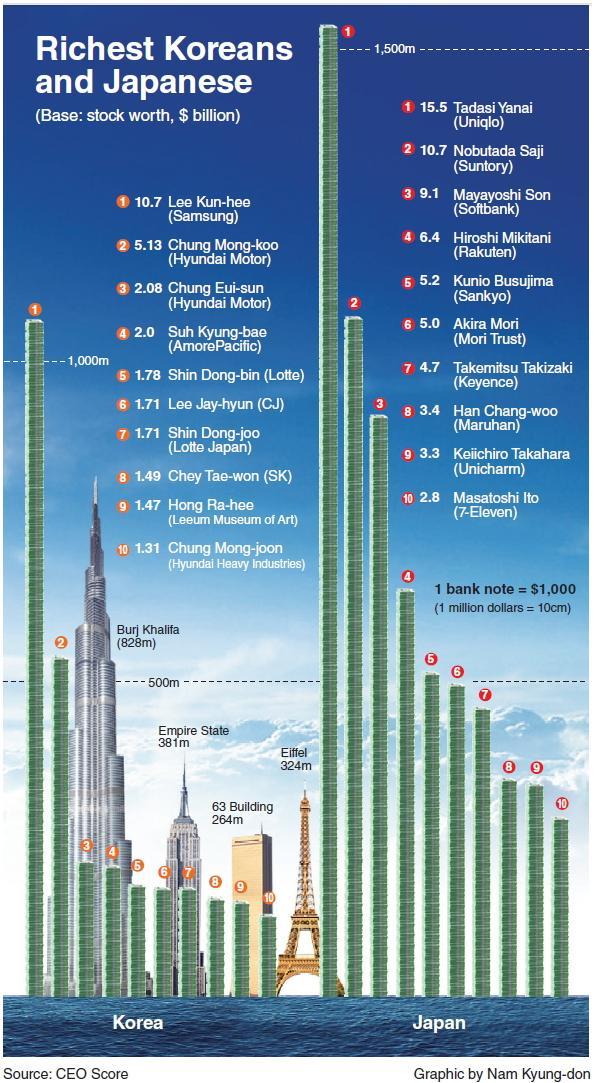 Most of Korea’s billionaires accumulated their wealth through inheritance, while the Japanese superrich built up their wealth by creating their own business, according to a recent survey by CEO Score, a local online corporate management evaluator.

Uniqlo chairman Tadashi Yanai is the richest in Japan with $15.5 billion in stocks. Suntory chairman Nobutada Saji and Softbank chairman Masayoshi Son are ranked second and third with $10.7 billion and $9.1 billion worth of shareholdings, respectively.