With Korea committing to legislation ...

By Korea Herald
Published : Apr 29, 2013 - 20:12       Updated : Apr 29, 2013 - 20:12
Liberty and equality are two of the values most paid lip service to by governments worldwide. But as self-evidently right as these principles may seem, they also exist in tension: Greater freedom allows for greater inequality. Striking the right balance is the challenge for the Korean government, which has committed to implementing an antidiscrimination law based on the recommendations of the United Nations Human Rights Council.

Previous attempts to pass such a law in the 17th and 18th National Assembly failed, largely because of arguments surrounding freedom of conscience and economic freedom from religious leaders and business groups, respectively.

One of the most recent attempts to comply with the government’s pledge to legislate came from Rep. Choi Won-shik of the Democratic United Party. His bill, one of three similar drafts of legislation proposed during this Assembly, would prohibit discrimination in employment and social activities on the grounds of race, age, religion, disability, region of birth, academic background, medical history and sexual orientation, among other categories, on the threat of a fine of up to 30 million won ($27,000).

“The bill was proposed in an attempt to establish comprehensive and practical law that bars and prevents any kind of discrimination in people’s daily lives, realizing the nation’s constitutional ideals including the dignity of man and rights of equality,” Choi told The Korea Herald in a written statement. “Also, it was created in a bid to partly respond to the international society’s recommendation to South Korea to establish an antidiscrimination bill.”
But just weeks after submitting the bill, Choi withdrew his sponsorship, along with Kim Han-gil of the same party who had proposed a similar bill. They claimed that misinterpretation and distortion by the bills’ opponents had made rationale debate impossible.

Some of the strongest opposition came from Christians, some of whom claimed the law would restrict them from voicing their disapproval of homosexuality, interfere with the education of their children, or even turn their children gay.

Equality legislation has drawn the ire of conservatives, libertarians and religious people in other countries on occasion, such as cases in the U.K. where Christians have been fined for a refusing a gay couple a room at their bed and breakfast or guesthouse.

“… They (Christians) should not infringe upon the basic rights of homosexuals and their dignity in the name of religion,” he said. “Others’ sexual orientation should be respected as much as those people’s religious beliefs.”

A spokesman for the Christian Council of Korea, the biggest alliance of Christian churches in the country, said the organization objected to “evil” parts of the recently proposed antidiscrimination bills that related to sexual orientation and sexual morality.

“Because we have a kind of stance on homosexuality, we are kind of anti-homosexuality anyway, so we don’t think it is helpful for us to have this new law … The conservative pastors are often preaching about anti-homosexuality, but if this becomes law it might become difficult to preach these kind of things (legally),” said the spokesman, who spoke on condition of anonymity.

“…The Bible, which we accept has a sacred book or an authoritative book ... didn’t mention skin color anyway. But there are many mentions about homosexuality, especially in the Old Testament; it is defined as a sin.”

As for whether such a view was testament to forcing one’s beliefs on others, the spokesman said this was not the case.

“We have our own stance. I think it is very important we can vindicate this to others. Actually, we have our voice, and maybe there are many other voices. We believe this and also we think it is right so we can raise our voice like this.”

While discrimination on the grounds of race, religion or sexual orientation is forbidden in most developed countries, other provisions of the antidiscrimination bills proposed here have been somewhat unique.

In particular, the inclusion of academic background as protected from discrimination is unusual.

Rhyu Min-hee, a lawyer with Korean Lawyers for Public Interest and Human Rights, said, however, that the unique local context had to be taken into account.

To a great extent than most countries, employers here favor job seekers from a limited number of exclusive universities,

“Academic background as grounds for antidiscrimination isn’t very common in terms of comparative law, but you have to remember domestic antidiscrimination laws have their own context,” said Rhyu. “Obviously Koreans feel that there’s an unfair disparity in the employment market because of employees’ academic background. And we already have the clause in the Act on Equal Employment and Support for Work-Family Reconciliation (and the) National Human Rights Commission Act.”

“It’s not that we should not allow meritocracy,” she said. “The law says differential and unfair treatment of persons in similar situations on the ground of academic background ‘without reasonable justification’ constitutes discrimination.

If two people have the same skill set and qualifications but only a graduate of a certain college could be employed, we could suspect there’s discrimination.”

Even some proponents of antidiscrimination laws admit they can go too far. Choi said that his idea of such law allowed that “different thinking should coexist,” but it was the courts’ job to decide where one set of rights had to be prioritized over another.

“…We agree that antidiscrimination law should not go too far to collide with other beliefs, but if that was an inevitable situation, it is the court’s role to decide,” said Choi. “This is the basic principle of the antidiscrimination bill.”

But many would undoubtedly say that not all freedoms are equal, especially those that judge people on what could be considered arbitrary grounds. Rhyu rejected the idea that “unfair treatment” needed legal protection.

“The right to equality and nondiscrimination is a fundamental right under our Constitution and enacting a law protecting the right is a way to realize the constitutional requirement,” she said. “It will restrict freedom of those who exercise unfair treatment (unreasonable differential treatment), and it is right and just as we always do for those who intentionally harm others.”

Rhyu added, however, that the law was only part of the solution. More important, she said, was culture.

“Antidiscrimination law alone cannot solve all the inequality and discrimination problems. But it’s a start. Discrimination is not something that is inherent or genetic but something we learn through our environment and culture. Through this kind of measure, we need to raise our own awareness and of those around us to be more sensitive to the problem of discrimination and to learn to become a more open and tolerant society.”

This is an important and instructive personal story to share, thank you to Emma Kalka for providing details about the institutional support in this case. I am shocked and dismayed that the assailant’s family and friends are calling so often!

Psy is just as important and relevant as every other K-pop “musician,” by which I mean to say that they are all equally irrelevant. Their music is unoriginal, regrettable and ultimately easily forgettable. Korea should be proud of the unique and beautiful elements of its traditional culture, not this disposable nonsense.

Just because his previous song “Gangnam Style” has become an overwhelming sensation all over the world doesn’t mean the new song also will gain popularity at an equivalent level. I saw this music video on YouTube and I thought it was funny but it has some similar features with “Gangnam Style” like the same members and choreography style. Anyway, I undoubtedly expect that this song also will be a sensation, contributing to the development of Korean pop music!

We all hope the Koreans stand tall against the North Korean threats. It’s good to have the American troops here to help. 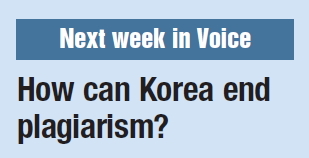