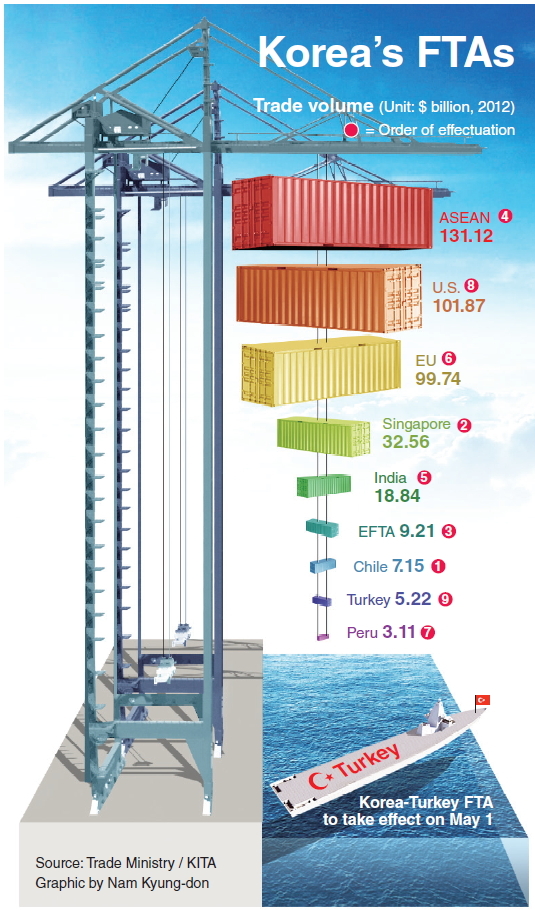 The Korea-Turkey Free Trade Agreement, which comes into effect on Wednesday, is to be Korea’s ninth FTA, as well as the first to take effect under the new Park Geun-hye administration.

Under the FTA, all tariffs on industrial goods, including automobiles, plastic and home appliances, will be eliminated within seven years, according to the Ministry of Trade, Industry and Energy and the Korea International Trade Association.

As of last year, Turkey was Korea’s 25th-largest trading partner with $4.55 billion in exports to the country. It is estimated the bilateral trade pact will boost Korea’s GDP by 0.03 percent over the first 10 years, ministry officials said.

Korea’s first-ever free trade pact was the Korea-Chile FTA, which took effect in 2004, and its most recent before the pact with Turkey was the disputed KORUS FTA, which went into effect in March last year.