By Korea Herald
Published : Apr 22, 2013 - 20:05       Updated : Apr 22, 2013 - 20:05
“North Korea’s war plan”; “Warning to South Korea: You’ll get 45 seconds’ notice of artillery strike”; “Pondering unthinkable: Korean war.” These were just some of the headlines foreign media used in the midst of North Korea’s latest barrage of belligerent rhetoric directed at Seoul and the United States. Such was the nature of much of the coverage for which foreign observers with only a cursory knowledge of inter-Korean relations could have been forgiven, in assuming the peninsula was on the brink of war.

Perhaps unsurprising, then, were the results of a Gallup poll carried out among Americans earlier this month. In it, 43 percent of Americans said they believed a North Korean attack on the South was “likely” in the next six months, while 28 percent saw military action against the U.S. as equally plausible. Foreigners’ jitters were also manifest in recent weeks in dips in the local stock market and significant drops in tourist numbers. The latest posturing, of course, was nothing new, even if it was particularly aggressive.

Yet, precedent has seemingly been insufficient to convince many foreign media and citizens alike of South Korea’s stability and safety. All of this raises the question of whether Seoul could better communicate the reality of the situation to the world.

Ahn added that public fatigue and complacency over the North Korean threat had left the government unsure of how to deal with the situation.

“Many Korean people have been manipulated by the North Korean threat for the last 30 years almost, so that’s why the South Korean people don’t really recognize whether this could be a real threat or not,” said Ahn. “So from that perspective, I think the South Korean government really doesn’t know how to handle this kind of crisis at this moment.”

Kim Eun-mee, a professor at the Graduate School of International Studies at Ewha Womans University, concurred that the government had a role in providing a counter narrative to exaggerated media reports about the North Korea threat.

“I think the global media has been doing a great deal in terms of exaggerating the North Korea risk. I think the South Korean government should reassure the world that South Korea is doing its best to protect its citizens and its assets, as well as foreign visitors and residents. However, as we have seen in the tragic incident in Boston, there is no place on earth that is 100 percent safe. Governments must do their best to provide security to its citizens, and the South Korean government is no exception.”

Kim, however, questioned how much the government could be held responsible for skewed perceptions about the situation here.

While how successful it has been may be open to debate, the government has not left Pyongyang’s bluster unanswered. Earlier this month President Park Geun-hye reassured a gathering of foreign investors “that a stable environment will continue to be made in which you can feel secure and make investment and conduct business.”

As ambassador for public diplomacy at the Ministry of Foreign Affairs, Ma Young-sam is one of those in government most responsible for promoting Korea to the world. He told Voice that the Korean government had done a lot to assure the world that life in South Korea was continuing as normal.

“Our government is calm yet resolute about the North Korean threat, and our frontline is secure regarding any possible provocation,” said Ma. “The Korean people, however, are not that influenced by the threat, and Korean society remains calm and stable. Despite North Korea warning foreigners to leave, the vast majority have remained in Korea. These are the best examples of how safe Korea is. We are highly aware of the threats, but confident that we can deal with them.”

Despite fluctuations in the stock market and declines in visitors, Ma argued that North Korea’s recent actions had actually done very little to cause disruption in South Korea.

“North Korea may have wanted to cause turmoil, see an economic collapse and scare foreigners into leaving the country, but the result has been quite different,” he said. “The damage has not been as serious as expected. The dangerous image projected by the North has caused some negative effects, but the overall result is not that serious, and we can manage it. The Korean people have matured enough to understand threats from the North and have a good comprehension of the current situation.”

Ma also confirmed that his ministry actively contacted media outlets when a report was deemed to be inaccurate or misleading.

“When there are misinformed media reports, the government contacts the media outlet to explain the background and correct misinformation,” he said. “The global media effect has a tendency to make Korea look more dangerous than it really is. We try, therefore, to present an accurate picture to the world, and we always welcome the visits of foreign reporters.”

But in a media industry where sensationalism sells and positive news is often not considered news at all, the government may be up against it. Violence or just the threat of it will often inevitably overshadow other aspects of the country in the international media.

“In spite of a long history of relative peace on the Korean Peninsula, people tend to focus on the events and episodes of violence,” said Kim. “The legacy of the Korean War, thus, seems to be louder than South Korea’s recent achievements of economic development, democracy, and even hallyu including Psy.”

Part of the reason North Korea is rarely discussed among South Koreans in my opinion is because for most of the last 60-odd years, saying the wrong thing could have landed you in prison as a communist. It takes a long time to change that mindset and certainly not within one generation. This is completely aside from the rights and wrongs of it all.

There should be better internal communication and coordination between ministries on North Korean issues. Under North Korea’s provocations, different ministries have different views on solving this crisis. The Ministry of Unification has a moderate view on it while the Ministry of Defense has a tough view. This causes public confusion. Meanwhile, Seoul will have better military autonomy and decisive power on negotiating with Pyongyang after regaining its wartime operational command from the United States in 2015.

Take the money that is spent on buying international press attention for minor issues like Dokdo and use it to publicize North Korea’s human rights abuses. No one should visit North Korea as a tourist and it’s up to South Koreans to explain why.

It’s very safe, way too similar to the original. The dance is also really sedate, nothing special or anything as entertaining as “Gangnam Style.” The song structure is roughly the same, with crescendos that lead to pauses where you could just as easily shout “Oppa Gangnam Style” instead of “Mother Father Gentleman.”

No, it won’t be as popular. Not that anyone would expect it to be. 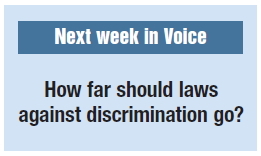