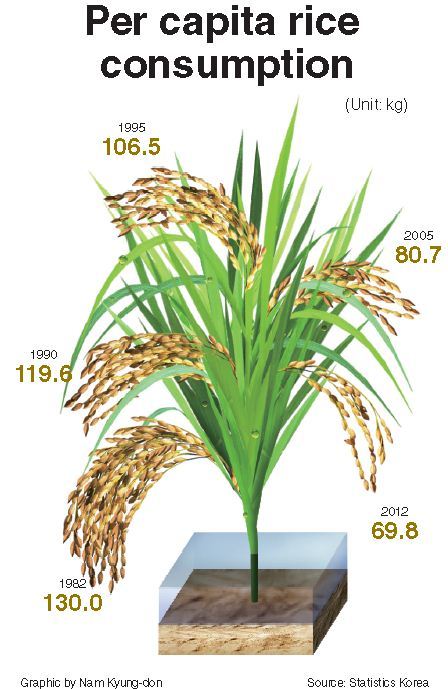 The nation’s annual consumption of rice in 2012 was half of what it was three decades ago, the state-run Statistics Korea said.

“The rice consumption in households has been dropping largely due to increasing demand for alternatives to rice and instant food,” a Statistics Korea official said.

Rice used in the processing of ethanol, one of the core ingredients of popular Korean liquor soju, also accounts for the fall, the state agency said.