[Voice] What is the future of Korean film?


Director Kim Ki-duk’s grand prize win at the Venice Film Festival on Sept. 8 marked a new high for Korean cinema. The Golden Lion Award for “Pieta” was the first time for a Korean director to take the top prize at one of the “Big Three” film festivals of Berlin, Venice and Cannes.

The win was no less than the “biggest triumph in Korea’s film history of the last century,” in the words of Busan Film Festival’s founding director, Kim Dong-ho.

Indeed, the success in Venice could be seen as the peak of a recent uptick in the industry. Korean films took up more than 50 percent of admission at the domestic box office in the first half of this year. Last year’s Korean market share also passed the 50 percent mark, a feat not previously seen since 2007, the year the government eased the quota for domestically produced films at theaters. In the early ‘90s, Korean film’s share of the market had hovered at about 20 percent, reaching its lowest ebb in 1993 with just 15.9 percent of admissions.

Kim Mee-hyun, team leader of the global marketing team of the Korean Film Council, expressed her hope that Kim’s win could be an opening for other small Korean productions to garner attention overseas.

“The fact that a Korean film has won the biggest prize at the Venice International Film Festival is very meaningful for the international status of Korean films,” said Kim.
“It is even more so since ‘Pieta’ is an extremely low-budget film which only cost 130 million won from the director Kim Ki-duk’s own pocket. I hope more low-budget art films will be produced through unconventional methods of movie making.”

Seeking out audiences overseas and “niche markets” will be vital to the future vibrancy of the local industry, according to KOFIC’s Kim, who said the film body was committed to “international engagement such as co-production and export.”

“The possibility for the Asian market is relatively high, thanks to the geographical, historical and cultural proximity. The Chinese market, for example, has expanded sharply, though entering the market is not easy because of the Chinese government’s protection measures. Therefore, international production cooperation and support for film exports is very much needed,” said Kim.

Lee Young-mi, an up-and-coming filmmaker and the CEO of production house Film Front, said Korean film needs to expand its focus overseas, adding that many in the industry are still too cautious about forging partnerships abroad.

“Apart from getting more investment or more support from inside Korea, I think Korean films should find more opportunities to work in outside countries like Japan and America or China, and European countries as well. Co-productions or co-distribution, or maybe Korean scripts can be sold to Hollywood, or maybe film directors can be exported.”

Yet, for all the popularity and acclaim generated by Korean cinema, all is not well in the local industry. Local films’ slice of the domestic market has yet to repeat its 2006 peak of over 60 percent, with piracy and difficulties in overseas distribution having been cited as threats to local cinema. In 2008, alone, piracy cost the industry some $800 million.

Less-established filmmakers complain of the difficulty of getting their work seen in a market dominated by a small number of conglomerate-owned distributors, a number of whom own their own theater chains.

The five biggest distributors ― CJ E&M, Lotte Shopping/Lotte Entertainment Co., Ltd, Showbox/Mediaplex, NEW and Filament ― held more than 95 percent of the market for homegrown films in the first half of the year.

Lee said that more support was needed for unknown filmmakers to get the recognition they deserve.

“Frankly speaking, I think the support or investment for distribution and cinema release, the opportunities for distribution, should be more open to diverse subjects or (unknown) filmmakers. Otherwise the films will have a similar color or a similar subject,” said Lee, who caused waves last year when she complained about the limited release of her feature-debut “Secrets, Object.”

Jung Jae-hyung, a professor of film theory at Dongguk University, said that the biggest challenge for unknown filmmakers was overcoming the barriers in distribution rather than financing.

“It’s not the matter of supporting finance for a filmmaker’s film, rather it’s good to distribute their films so they make it on the screen for the audience. That’s the real benefit for the filmmakers,” said Jung.

For all the acclaim it has generated, even the reach of “Pieta” may be somewhat limited. Observers such as film critic Jun Chan-il have complained that the low-budget offering may not reach as wide an audience as it deserves due to the top-down distribution system. With most of Kim Ki-duk’s films having failed to attract more than 100,000 domestic viewers, however, “Pieta” is still expected to bring him his greatest commercial success at home to date and attract more than 1 million viewers, though still a fraction of the record set by Bong Joon-ho’s “The Host” in 2006 with 13 million.

Despite recent successes, many in the industry remain convinced of their underdog status in the face of the Hollywood behemoth. Government subsidy and a screen quota, though relaxed in recent years, have long been in place to protect the local scene. Over the decades, the government regulation and censorship of the pre-democratic era evolved to simple support.

This relatively new-found freedom is cause for optimism for the future of Korean film, said Lee.

“Subject-wise, now we don’t have any limitation for writing anything about Korean history or politics or anything. We can do anything, so in that way it is filmmakers’ responsibility and filmmakers’ freedom to express themselves,” she said.

Local films’ growing status in recent years, too, has been nothing short of impressive, Jung said.

“Now, in my personal view, the status of Korean film is almost near to Hollywood in terms of mass entertainment,” he said. “See the first-half period of this year: There is a surprising statistic that the number of Korean films with an audience of over 1 million is 20. It’s an amazing fact that Korean films are succeeding over Hollywood films nowadays.”

Though local films continue to perform well, it is not the time to abandon protectionism in the industry, according to Kim. Film industries have risen and fallen before.

“Currently, Korean films are competitive in the local market. But the history of the film industry shows it clearly that the fall of a country’s film industry happens in the twinkle of an eye,” said Kim.

“Because of the absolute dominance of Hollywood movies, the Korean films can hardly maintain their share in the domestic market without supportive policies and subsidies. The share of Korea films in the domestic market is above 50 percent and the current screen quota standard of 20 percent, 73 days in a year, has little actual effect. Still, the screen quota should be maintained as the final protection measure because no one is sure what will happen in the future.”

Tax breaks and incentives could be offered to draw Hollywood producers to Korea. Homegrown talent could then learn from foreign producers and directors ― so English skills are definitely important for film students. I believe that the Korea Film Organization has recently implemented something like this. The Korean Film Council should be doing a lot more: it should work with one of Korea’s broadcasters to create a short movies promotion scheme (like Ireland’s “Short Shorts” program organized between the Irish Film Board and the national broadcaster which has given many Irish filmmakers the start they needed); the KFO could have something akin to the platinum record for producers whose movies sell a certain amount of tickets at the box office.

Recently, I was all pumped about getting to see Korea in a big-budget Hollywood movie, but disappointed on watching the movie (“Bourne Legacy”) to see that Seoul was featured for less than 3 minutes in total, while Manila got around 20-25 minutes. The Manila part could have easily been done in Seoul ― a city which has high-tech, fast-paced areas, luxurious areas, as well as “slums.” I for one am tired of seeing Tokyo as the “representative” Asian city in most Hollywood movies.

As for Kim Ki-duk, he’s being embraced by everyone right now, but I won’t forget that, like David Lynch in America, he was shunned by the mainstream ― like Lynch, he found it hard to get funding for his movies.

How to make Korean film prosper? The answer is quality. Korea is a very small nation but our IT techniques and other things are not poor. So other nations can’t ignore us. This consequence comes from our endeavors. There is no way but grow the quality of film.

The future of Korean film is bright. The biggest issue it has is being seen in other countries, and being translated or dubbed into other languages. That you have to make a special effort to find a Korean movie in English is telling.

Perhaps theaters could have one night a month where every movie that’s played has English subtitles, or perhaps some money should go to the translators and dubbers to take classic Korean movies and make them more available to non-Korean speakers. 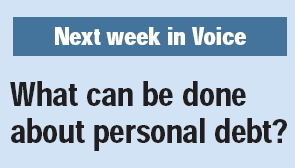