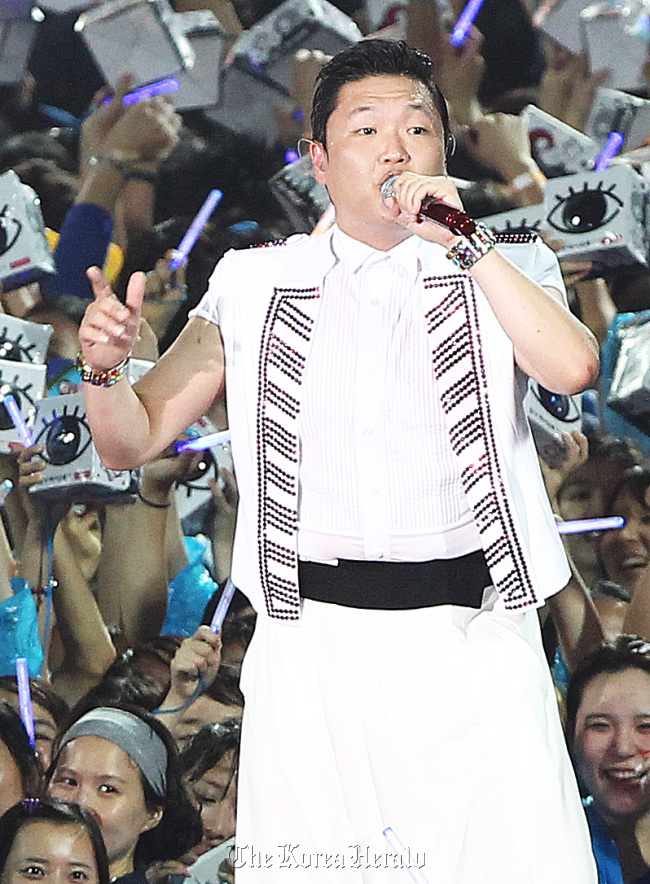 YG Entertainment’s Psy set another record with his hit-single “Gangnam Style,” becoming the first Korean singer to break the 90-million mark in YouTube views on Monday.

The viral song’s online music video had attracted 92.5 million views as of 11 a.m. on Monday.

It became the most-viewed music video in the history of Korea’s music industry surpassing Girls’ Generation’s “Gee,” which currently has a viewer count of 83 million. However, that figure includes all views in the three years since its release in June 2009, while Psy’s video surpassed “Gee” just 50 days after release.

The 34-year-old singer was not well known outside Korea but rose to stardom on YouTube for his comical music video as well as his signature “horse-riding dance.”

Psy will be making a second trip to the United States sometime this month for another meeting with Justin Bieber’s management agency.