Northeast Asia has long been a region characterized by uneasy relations between neighbors. This month vividly demonstrated that reality as long-standing territorial disputes involving Japan, Korea and China flared up.

President Lee Myung-bak’s unexpected visit to Dokdo on Aug. 10 began a series of hostile exchanges between Korea and Japan, the conclusion of which is yet to be seen.

Just days after Lee’s visit, a group of Chinese activists sparked a tit-for-tat row with Japan by landing on one of a number of disputed islands ― known as Diaoyu in China and the Senkaku Islands in Japan ― in the East China Sea.

Earlier in the year, Korea-China ties came under strain over China’s deportation of North Korean defectors back to their homeland. Korea also has an ongoing territorial dispute with China, and contests aspects of its interpretation of history, including its claims to the Goguryeo kingdom and the folk song “Arirang.”
Yet, for all of the apparent tension, the three big players of the region could hardly be more reliant on each other. China is Korea’s biggest trade partner, while Japan is the country’s second-biggest source of imports. Korea received more than 2.2 million tourists from China last year, and some 1.8 million from Japan. Each party has a clear imperative to maintain strong and productive relations.

But despite their interdependence, the three countries’ disputes pose a real risk to ties in the region, warned Sheila A. Smith, a senior research fellow at the Washington, D.C.-based Council on Foreign Relations.

“The irony is that all three nations have deep cultural and economic ties, and yet these disputes continue to test their relationships,” Smith told The Korea Herald.

“Diplomatic efforts to protest against actions that are seen as offensive are designed to communicate the depth of displeasure, e.g. the Japanese response to President Lee’s visit was to postpone high-level bilateral meetings. The danger here for both sides is that a diplomatic freeze can make it hard to solve problems.”

“A serious strain in their relationship will make it difficult to cooperate, for example, on crisis management should North Korea decide to yet again test the region. Economic cooperation between Tokyo and Seoul also is vital, and the currency swap arrangements that allow Seoul access to capital from Tokyo have been another type of crisis management mechanism that would be damaging if it were affected.”

It is in the economic realm that perhaps the most ambitious proposals for closer ties have already been put forward. In May, Korea, China and Japan announced their resolve to begin negotiations on a three-way free trade agreement by the end of the year.

“The three governments have a common opinion that they (will) try to start the procedure for the preparatory work this year,” said an official at the North East Asia Cooperation Team at the Ministry for Foreign Affairs and Trade.

The official, who noted that his department was not directly responsible for dealing with the pact, would not be drawn on whether the pact would contribute toward resolving historical and other issues of dispute, only saying: “The FTA can facilitate exchanges among the peoples of the three countries, especially in the economic area.”

The theory that greater trade between countries leads to better relations in other areas is long established, however. Academics such as the University of Bonn’s Erich Weede, for instance, argue that countries that trade in great volumes are less likely to go to war.

Choo Jae-woo, an associate professor of Chinese foreign policy at Kyung Hee University, said that closer economic integration for the region is an unstoppable trend, despite recent tensions.

“All these three states ― South Korea, Japan and China ― they are willing to move forward toward integration, especially in the economic area so I don’t think territorial issues are going to hinder that process.But, at the same time, through that integration process they can have a better channel of communication and negotiation over these issues,” said Choo.

History remains a shaper of regional relations, despite the reality of trade today. Animosity over the past and how it is remembered continues to run deep across the region. The Seoul-based Asia Peace, History and Education Network works to form a consensus on the shared history of the countries in the region, as well as correct what it sees as historical inaccuracies in school textbooks. Yang Mi-gang of the organization said that providing an objective view of history could heal old wounds.

“We have worked and focused to create a shared consensus of history through making common history books, a youth history camp and exchanges of citizens and teachers,” Yang said. “That means we have fostered cooperation of the private sector in Northeast Asia. This work we have done contributed a certain part in resolving the conflict among Korea, China and Japan.”

But cynical opportunism by politicians from all sides, often exploiting nationalist sentiment, makes moving forward a problem, according to both Choo and Smith.

“Whenever there is a stalemate, whenever a conflict of interest arises, then they can always resort to that kind of measure to acquire bigger bargaining power. The potential of these issues becoming political tools to (the) integration process is one scary thing,” said Choo.

The circumstances of how peace was secured in the aftermath of World War II continue to affect Korea, China and Japan’s perception of each other, Smith noted, with neither China nor Korea now recognizing normalization treaties they signed with Japan.

“Changes in both South Korea ― democratization ― and in China ― economic growth and the growth of citizen activism including the Internet netizens ― have allowed many with their countries the opportunity to voice their concerns over treaties and agreements they had no influence over or perhaps even interest in during the peace treaty negotiations between South Korea, in 1965, and the PRC, in 1978,” Smith said.

“The challenge really is for the political leaders of all three nations to find a way to resist the nationalist impulse that seems to be taking hold over these disputed territories. Domestic elections and leadership transitions may make it tempting to allow citizen activism to dominate the agenda on sensitive issues of international relations, but the resolution of these tensions still rests with those who lead the government.”

For Kim Yong-soon, a professor at the Institute of East and West Studies at Yonsei University, nationalism is only tangentially connected to regional tensions.

“Territorial issues are not about emotion, but about national core interests, territory and sovereignty. Nationalism plays a limited role in straining the cultural, political and economic ties among Northeast Asian countries. Greater and wiser diplomatic strategy is needed to reconcile the differences in each country’s perception toward territorial disputes,” Kim said.

Some analysts favor not just greater regional cooperation, but some level of integration as well. The feasibility of a Northeast Asian union, in a region where feelings of nationalism run high, is open to debate. Any European Union-style centralization of political power would inevitably raise concerns in individual countries about the erosion of national sovereignty. But whatever form integration might take, said Kim, the region must embrace greater cooperation beyond just the economic realm.

“Not only to improve relations, but to create more room for strategic partnership, greater integration is needed, especially in security cooperation. Debates about regional communities like the EU have been limited to primarily economic cooperation in Northeast Asia. Nowadays, however, debates on these communities should consider various aspects, including security and culture. Economic or security cooperation among regional countries will enhance individual interests as well as serve as a desirable trend for building mutual trust and promoting prosperity.”

Expose the imposters: hate mongers who feed upon each other, pseudo-nationalists who actually undermine their own nations, people who demand justice abroad but deny it at home. How can Japanese extremists at the same time suggest the ICJ for Dokdo and elude justice for comfort women? How can Chinese extremists at the same time claim islands and distort the whole region’s history and geography? How can Korean extremists demand justice from Japan and deny justice to their own people by terminating the Truth and Reconciliation Commission and revising dictatorship eras?

Probably everyone at one time or another has watched a documentary program on TV about the animal kingdom.

Why do I start answering about animals on the subject of international relations? When I watch such a program, I can’t help but think that the international society is like a jungle.

For better relations among the countries, there are several ways such as expanding economic or culture exchanges, but as I started arguing with animals, I would like to approach the issue of territorial disputes.

Since living things have been on earth, there has been competition for survival and reproduction. As humans built much of the world around us, it is natural that competition has raged among them. Only less than a hundred years ago, WWI and WWII took place, and most of Africa and Asia was colonized by powerful nations. Korea was a colony. Even though the situation is changed in the present day, competition for economic or cultural hegemony continues.

It is not just because of the last hundred years that the world has gotten to its present state. Due to this historical reality, many unfinished tasks remain to be done. Among them are territorial disputes making the headlines in the newspapers these days. Because this has happened not only in Northeast Asia but also in other regions, we have to take note of this issue.

Let’s have a look at the territory dispute between China and Japan. The dispute over the Senkaku islands erupted over the development of a gas field. In September 2009, Japan seized a fishing boat of China and China placed an embargo on the export of materials needed to produce computers, mobile phones and other gadgets.

Russia also is in a territorial dispute with Japan over the Kuril Islands. Both Russia and Japan have been in competition for sovereignty of this region, and Russia said it would send warships to the islands, clearly to strengthen domination over them.

Next, let’s take a look at the Korea-Japan case. In spite of several historical facts, Japan still argues that Dokdo is part of its territory. According to news reports, Japan wants to take the issue to the International Court of Justice for resolution as a part of a protest against President Lee Myung-bak’s surprise visit to the islets on Aug. 10. Furthermore, the president said that the emperor of Japan should apologize for the country’s past before visiting Korea. This has triggered anti-Korea sentiment in Japanese society.

The territorial dispute has been turning into a three-way confrontation of Korea, China and Russia vs. Japan. We Koreans should not set our hearts at ease. We must not neglect to secure evidence, while preparing for the worst. Also we should make an effort to strengthen our national power.

To go forward in a future-oriented relationship, the past must be settled first, including territorial disputes.

They should combine like Goguryeo, Baekje and Silla. Just kidding. Competition, history and unresolved issues have caused some wedges between them. It’s a tough one. Especially with Japan being too damn prideful, even when they’re wrong. 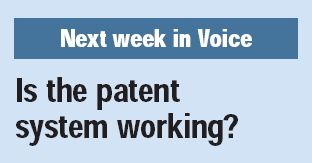