It has been a tumultuous first week for Korea at the 2012 London Olympic Games. The disqualification of four of its badminton players, a number of controversial judging decisions and underwhelming performances have led to an at times rocky competition for the nation.

Nevertheless, team Korea had by Sunday easily met its goal of 10 gold medals and looks certain to make a top-10 finish in the medal standings. Korea has made the top 10 at six of the last seven Games, an impressive accomplishment for a country competing among a host of richer and more populous nations. The country is expected to bag more medals with the start of taekwondo, the national sport, at the Games on Wednesday.

It is entirely possible that Korea could best its record of 13 gold medals that it took home at the last Olympics by the competition’s end. Koreans, however, are not known for resting on their laurels, and expectations are ever growing.
“When considering the Korean population, a top-10 medal standing is a surprising goal in the Olympic Games, yet many people still want a higher medal rank. Recently, we can see the change of attitude about it,” said Ko Seong-kyeong, a professor at the Department of Physical Education at Daegu University.

Better medal rankings require better athletes ― how to nurture them is the question. The Korean Olympic Committee declined to comment, but part of the answer must come down to the country’s facilities for its national athletes, which have seen major development in recent years.

The country has two national training centers for its athletes: the Korea National Training Center in Taeneung in Seoul and the Jincheon Training Center in North Chungcheong Province, which only opened last year at a cost of 184 billion won ($163 million). Neither of the two centers responded to requests for comment in time for publication. The government also provides considerable incentives to high-performing athletes: medalists can receive exemption from military service, as well as benefit from a special government pension.

Advances in the science of sports have also had a big impact on Korea’s sporting success, Ko added.

“The sports science has developed with hardware during that period. Korea Sports Science Institute was established in 1980, in which a lot of sports scientists have contributed to improving athletic performance. Especially some sports like archery, gymnastics and skating have achieved great results.”

Chung Jae-yong, a sports journalist with Korea Broadcasting System, believes that Korea can realistically aim higher in the medal rankings in the years to come. But first, the country needs to change its “authoritarian” approach to fostering athletes.

“I definitely think a top five instead of top 10 is a possible goal in the future. However, to achieve this, Korea should change its approach to athletics. The state sport system’s authoritarianism limits the number of participants in athletics. Korea should launch a balanced system between athletics and academia so that it can expand the number of participants and also draw better talent.”

In his paper “The Authoritarian Policy in South Korean Sport: A Critical Perspective,” published in the European Journal of Social Sciences, Chung argues that much of the present system for selecting and training athletes retains the authoritarian basis of its establishment during the Park Chung-hee era. Park and subsequent leaders’ focus on using international sporting events as a tool for propaganda, Chung says, has led to a system which neglects the educational needs and well-being of athletes and the sporting needs of the general public.

“Especially for those student athletes who represent the country, their rights to be educated as normal kids are extremely limited once they are in the national training center,” said Chung.

“This issue should be addressed. Regarding athletes in general, the numbers of gyms and fields are not enough.”

The student-athlete code, by which colleges and high schools allocate up to 3 percent of admission places to student athletes regardless of test scores, is one controversial legacy of the Park era. For young athletes, a majority of whom do not attend class regularly according to research, pursuing an education while training and competing remains a challenge. Having missed out on their education as young competitors, athletes can risk an uncertain future upon retirement.

“Many school (-aged) athletes have been absent from regular classes for their training and preparing for the Games, and some of them seem to record very low results in their school reports,” said Ko. “Athletes have to participate in the regular classes and sports leaders must guarantee it.”

For the long term, Chung sees that fundamental change is inevitable.

“Although there are signals that show the sport system is on the verge of change, the Korean government needs to keep pushing sport reform with a long-term plan … Major sports reform is inevitable not only for the human rights of athletes but also for better performance. The authoritarian system which was pretty effective in the old days is now hurting the growth of participants and blocking the best talent to dedicate their career to sports.”

Providing post-retirement opportunities and more facilities for the general public would go some toward better athletes in the future, according to Cho Young-han, a professor at Hankuk University of Foreign Studies, who has writen papers on sport and nationalism.

“If they are provided enough, more youth will get into sporting activities, which in turn (will) produce more talented athletes at the Olympics.”

While it has shown Olympic prowess in recent decades, Korea’s success has not extended evenly across disciplines. Though Korea has excelled at archery and taekwondo, and had success in swimming, among other events, there remains obvious room for improvement in track-and-field.

“These track-and-field events, gymnastics and swimming are not popular sports in Korea,” said Ko.

“So many promising athletes have changed to popular sports because they can increase their possibility of success as a sports star.”

As someone who has closely watched South Korea compete at the Olympic Games, they have been performing very well. Rather during the Winter or Summer Olympics, the athletes always show a fierce competition to the opponents that they face. Not only that, but they do not panic and remain calm as well as focused on the situation that they are in; in which miraculously, they come out as a winner.

Ki Bo-bae as well as her other teammates, won gold in the team archery final. This gave them a seven-time record for the team as well as the country. Also, Ki Bo-bae won in the individual competition. Archery, which is South Korea’s specialist sport, holds the world record when it comes to gold medals.

The country is doing well when it comes to playing sports and winning as well. Taekwondo and archery are the sports in which South Korea is very good at; though there can be other sports that the country can get good at. Examples can be basketball, badminton and soccer.

The way to improve and get better is to always practice. Practice is important because when you do this, you get better.

Another way is by having different people from other countries. You can have people represent South Korea that are not Korean but are playing because they have expertise on that sport. This works at the companies and probably might work on sports, though it is better to have fellow Koreans represent the nation; so, this might not be one to consider but it is an idea.

Having a coach is also important because the athletes cannot win without a great coach. The coach thinks strategically and explains his or her idea to the players which are then executed on the playing field. So, this is essential in order to win games. South Korea has good Olympians, though they can improve and these are some ideas on how they can.

Make physical education in elementary and middle school a higher priority. Talent searches ― China does this very well, although I can’t say I particularly agree with their methods of training such young children. Find some financial incentives that encourage people to look at athletic endeavors as a profession, not just a hobby or something that’s done on the weekends.

Addressing the culture of copying in education and business would help.

If we lived in the days of yore it would be easy to incentivize. Take a leaf from the Hellenistic Civilization who spawned the Games and give Korean Olympians meals for life (better than the present government-sponsored pension); a statue in Olympia (Seoul’s Olympic Park); odes composed in the athletes’ praise (perhaps K-pop tunes sung about how awesomely protean they are); and, of course, lifelong tax exemption.

However, in our media-saturated age, it would probably be more effective to create celebrities akin to idols and K-pop stars, and use reality TV’s power to show what an exciting life one could lead as an athlete: many Korean athletes have more interesting lives than the entertainment industry-manufactured stars we see on Korean TV everyday ― and just think how Kim Yu-na inspired thousands of young Koreans to put on skating blades.

I find that this action by the Busan police is quite offensive to human rights and dignity of foreign workers in Korea. Although there may be some sexual assaults committed by some non-Koreans on the beach (as claimed by the Busan police), it is inappropriate to accuse only non-Koreans and conduct racial profiling. It is against human rights to prevent people from going to a public place based on race.

Instead, the police should do more work to educate the public about the laws. Also, there could be other actions to prevent crime, such as increasing police visibility on the beach, or making more complaint stations, to catch criminals (Korean and non-Korean alike) or to deter such crimes. Also, revise the self-defense laws so victims of sexual assault do not have to fear defending themselves aggressively. Koreans and non-Koreans have a right to freedom from sexual violence and discrimination.

Instead of doing their own job, the Busan police seem to expect companies to do the police work of preventing crime. Sending a discriminatory memo does not seem like effective police work. I have been writing my detailed opinions of racist and sexist laws and attitudes in English and Korean at http://koreangendercafe.blogspot.kr/ and hope to have a productive discussion with Koreans and non-Koreans about these issues.

On Saturday there was an event for Slut Walk Seoul, to protest police mistakenly blaming women for rape based on how they dress. In this case, foreigners are basically told by Busan police “you are a criminal because of your nationality.” 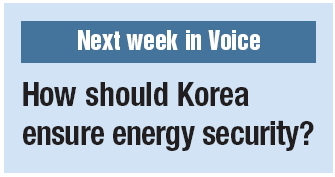