With the presidential election six months away, the process of how political parties choose their candidate is in the spotlight. Three Saenuri Party presidential hopefuls, rivals of favorite Park Geun-hye, last month called for the introduction of an open primary allowing all citizens to vote regardless of party affiliation.

The call, from Reps. Chung Mong-joon and Lee Jae-oh and Gyeonggi Province Governor Kim Moon-soo, faced opposition from Park. The Saenuri frontrunner, who commands widespread support within her party, was reported to have been concerned about the possibility of fraud. Her bid for the then-Grand National Party’s presidential nomination in 2007 was also surely on her mind. Park lost to Lee Myung-bak after the latter successfully called for greater public involvement in the primary vote.
On June 25, months after an open primary plan was first mooted, the Saenuri Party seemingly put the issue to bed: the current system, involving party delegate, party member and public voting as well as opinion polls, would be retained. In response, Chung, Lee and Kim threatened to boycott the process, claiming it to be biased in favor of Park. As it stands, the Saenuri Party, using a mixed primary system, will announce its presidential candidate on Aug. 20. Officially, the party’s stance on open primaries is “neutral,” its public relations office told The Korea Herald. But, within the party, views diverge.

Rep. Kim Young-woo, also a party spokesman, is one member with reservations about a fully open system.

“It is true that the opinions of the general public are growing more important, and some presidential contenders support the system. Nonetheless, Korea has never had successful open primaries before. So there could be some side effects such as fraudulent election(s), private support groups, and excessive use of campaign money,” Kim said.

“The party does not have much time right now. In order to introduce open primaries, the party needs to change its rules.”

While fraud has been a persistent theme of recent primaries, it has not been exclusive to open contests. The Unified Progressive Party most recently admitted to massive irregularities in its closed primary in the run up to the April general elections. As part of reform measures to win back public trust, the minor left-wing party actually recommended open primaries as a measure against fraud.

Questions of transparency aside, some observers question the notion that open primaries are necessarily more democratic.

“I think the introduction of the open primary system does not always guarantee the democratic process, I mean, despite the enlargement of the electorate who can participate in the process,” said Seoul National University politics professor Kang Won-taek.

“Mobilization, or participation, of party members and supporters is also important. Seemingly it is more democratic, but at the same time it could undermine the party politics in general so it is not actually a matter of personal values or democracy.”

Kang also believes that calls to open up the primary process do not reflect genuine public demand so much as political opportunism.

“Actually the demand was raised by the minor candidates, including Lee Jae-oh and Chung Mong-joon. It seems to me they wanted to take most advantage of the primary to raise their popularity in general.”

Another concern is that open primaries could be open to abuse by opportunistic rival party supporters. Under such a system, there would be nothing to stop participants deliberately voting for weak candidates to benefit rival parties.

“Particularly the people who support the progressive parties … are very much sensitive (to) and participate in SNS (social networking),” said Yang Seung-ham, a politics professor at Yonsei University.

“When they know the Saenuri Party will have (an) open primary, certainly, they (will be) ready to participate in that process in order to have their candidate win the presidential election. No matter how much the influence of the opposition parties’ supporters … if they do it, then that itself disqualifies the open system as democratic.”

Unlike the conservative ruling party, the main opposition Democratic United Party has yet to reach a decision on the primary for the presidential election. In April’s general elections, the party selected candidates through an open primary that made use of mobile voting ― a process marred by vote-buying that led to the recent conviction of former DUP lawmaker Park Joo-sun.

The liberal camp has an established history of partially-open primaries ― one which suggests that greater public input can benefit fringe candidates. The Millennium Democratic Party memorably selected a then-low profile Roh Moo-hyun through a 50/50 combination of public and party votes in 2002. Roh, seen before his nomination as an unlikely candidate, went on to become president.

“Of course, he was well known but most Korean people did not think he was qualified for the position of president,” said Yang. “But actually he was successful in mobilizing support for himself.”

Open or partially-open primaries can bring less frequently-heard voices into the process, and serve to moderate party policy, according to Cho Sung-dai, the chair of The Center for National Assembly Watch, a division of civic group People’s Solidarity for Participatory Democracy.

“The Saenuri Party or the DUP have a very identical ideological identification but are fighting each other for the sort of borders on the moderate side. To me, that’s the picture of Korea politics. I think the adoption of (open) primary elections could mobilize or change the identity of political parties (even) more toward the moderate,” said Cho.

“Both of them are appropriate for the political parties’ process. It depends on what you choose.”

For proponents of open primaries, such as DUP lawmaker Chyung Ho-joon, the benefits of greater public participation are clear. There can be no returning to the closed-door politics of the past.

“In the past, political parties ran an undemocratic practice known as a ‘closed-door nomination’ system, where a few leaders got together and took decisions on the list of candidates. Not only did the practice leave adverse consequences but it also hindered the democratization of political parties,” Chyung said.

“As an alternative to a ‘top-down’ nomination, a ‘bottom-up’ nomination system was introduced to resolve problems stemming from decisions taken behind closed doors. However, it turned out that a small number of heavyweights in political parties wielded their organizing power and determined the outcome of the new selection process.”

Chyung acknowledges the concerns about fraud, which is why he says refining the process should be a priority. Open primaries, however, should still be considered the ideal.

“The DUP has held open primaries in the past two elections. Based upon the lessons we learned in the process, we need to continue to revise and refine the system to make it more reliable and suitable for our circumstances.”

If history has revealed anything, it has shown us that an open primary is a degradation of the political process. Open primaries serve to undermine the interest of the party, the country, and the people by allowing one party to raid the election of the other party. It permits non-affiliated voters to manipulate the outcome of their opposition’s primary election. It corrupts the democratic process by leaving the country with the worst candidate.

Korea is no exception, as an open primary would be a disaster for the people by allowing DUP voters to vote for the weakest opponent from the Saenuri Party during the primary, and then during the presidential election, that candidate could be more easily defeated.

Korea deserves the best candidates to be fielded for every election, especially the presidential election this December.

It does not serve any of us to be voting in each other’s worst interests.

A political party (e.g. DUP) should make the party rules it wants to collectively make, and follow those rules, accordingly. Its lawful behavior should not have any wider ramifications (assuming party members break no national laws) except on the party members. If Saenuri wants to allow progressives or socialists to vote in their primaries, that is their prerogative. The GOP in America faced some criticism for irregularities, with Ron Paul supporters being shut down under shady circumstances and Mitt Romney supporters accused of under-handed (perhaps extra-legal) activities.

Yes and no, (Koreans work too much) depending on the workplace and the culture of that workplace. Sometimes workers do not really do much and just dodge work and wait until the higher ups go home so they can go home. Then of course there’s the problem with after-work obligations dinners, events, etc. I guess it comes from your high context culture, collectivist society and Confucian heritage. Then of course you have those who work 12-16 hours a day and really work themselves to death, but there’s a strange mixture of work ethic in Korea. It is my belief that in order to make the society a better place in terms of working conditions you need labor unions who don’t just strike and are loud but who actually do something constructive. The need (is) for people to be able to voice their dissatisfaction about working overtime for free (sometimes), and to be able to go home on time without the whole place talking about you behind their backs. Korea has achieved a lot in one generation, is it not time for the people to enjoy some well deserved leisure time?

If current trends continue, the population of the world is expected to reach 8.2 billion in 2030, and fossil fuels such as oil and natural gas will run out within 40 and 60 years, respectively, a private economic institute’s report predicts.

After exhausting these energy resources, will we have to live in a dark world without electricity? Will we have to go abroad by foot? We humans have lived on this earth from ancient times, and have thrived in extreme situations also. It is said that the human is the most intelligent animal on this earth so far.

It was not until the present government that the people knew about green growth. Before the Lee administration, people didn’t know the concept and even had no concern in it, their only interest being in increasing their share of the pie. And what is green growth? To pollute nature is inevitable for development. To construct an airport, new town or any kind of infrastructure, we may develop tide land, destroying the marine ecosystem. The legions of cars are the main cause of air pollution. But green growth is eco-friendly development. To put it simply, green growth is growth that preserves nature.

Green growth is working in many fields now. Just looking into the auto field, the silent war has started for green growth. The Korean auto companies as well as advanced foreign companies have developed hybrid-cars, which have already been commercialized, despite relatively high prices. Moreover, these companies are banking on the development of next generation cars, electric or hydrogen cars. In fact, eclectic cars have been developed and are already being driven in few a public institutions and by a small number of private owners. But the numbers remain low and infrastructure, such as charging stations, where the battery can be charged, is limited.

Also, green-buildings use renewable energy, like solar heat, geothermal heat and wind power. According to experts, we can reduce annual electricity usage by 40-50 percent by using it.

And we can get a sense of green growth even in the tax system. There is a carbon tax, which imposes tax on companies emitting carbon compounds, like carbon monoxide and carbon dioxide, which pollute the environment. 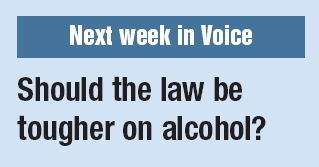