It’s no secret that Koreans work the longest hours of any developed nation. In 2010, each worker put in an average of 2,111 hours. Workers in Korea also take some of the fewest holidays. Just 53 percent take all of their holiday time, compared to 89 percent of the French, according to a 2010 poll by IPSO. On the back of this work ethic, Korea has risen from poverty to become the world’s 13th-largest economy. But after decades of strong economic growth and rising prosperity, employees and policymakers are paying increasing attention to quality of life.

In a recent survey of Seoul workers by online information provider PayOpen and Korea Research, 41.1 percent of respondents choose leisure time as a factor in deciding whether to accept a job, closely following the proportion that chose salary, 45.8 percent. According to Statistics Korea, 65.8 percent of Koreans used leisure facilities in the year between July 2010 and July 2011, while 58.6 percent saw cultural, artistic or sports events on at least one occasion. At the same time, just 32.1 percent of Koreans were satisfied with their leisure, with finances cited as the biggest reason.

And despite remaining top of the international tables, Koreans’ work hours are at something of a low-water mark, having fallen steadily since the introduction of a five-day, 40-hour work week in 2004.
“The force, you may call it a cultural force, is increasing to enjoy leisure because of the family, because of the children, because of the school kids, so probably the resistance (to working shorter hours) at the moment in the long run will be reduced,” Kim Yong-hak , a sociology professor at Yonsei University, told the Korea Herald.

Different work and leisure expectations among the younger generation in particular have driven this trend, he said.

“At 5 o’clock or 6 o’clock they want to go home even though there is some leftover work. Previously, maybe 10 years ago, it was unimaginable in Korean companies, but the younger generations refuse to … overwork,” Kim said.

“They all claim this 15-day law-protected vacation period. But previously they did not go on vacation but now they are enjoying this vacation more and more. So, statistics show that the leisure industry is growing rapidly.”

Other factors, such as the abolishment of school on Saturdays, has further contributed to a greater focus on time away from work, he added.

While they put in far more hours than their international peers, Korean workers ranked just 24th for productivity among OCED-country employees in 2010. In 2011, labor productivity, or GDP per hours worked at current prices, was just 46.5 percent of that of the U.S.

“Especially labor productivity in wholesale and retail, restaurants, hotels is so weak due to it being the traditional service sector in Korea as well as it being a labor-intensive sector,” said Rhee Keun-hee, a senior researcher at Korea Productivity Center.

“In addition, manufacturing is relatively innovative in terms of product innovation and process innovation, but not in services. It is characteristic of (the) service (industry) in general.”

Pyo Hak-kil, an economics professor at Seoul National University, attributes this poor productivity to overregulation and a lack of foreign competition in the service industry.

“(The) Korean economy is still in the catch-up stage and therefore, its productivity is lower than U.S., Japan, the OECD average and EU 15 average. … But it is getting better and it will as we move from low- technology products to high technology products following incremental comparative advantage and going up the competition ladder.”

President Lee Myung-bak and some labor experts believe that shorter working hours could have a positive effect on productivity and unemployment ― as well as people’s quality of life. Labor Minister Lee Chae-pil claimed in January that 5,200 jobs were created through a government crackdown on workplaces that violated working hours restrictions.

If employees work fewer hours, according to the ministry’s logic, companies are compelled to hire more workers to make up the loss. Similar rationale was put forward by the French government when it introduced a 35-hour working week in 2000, though its effects remain contentious.

But despite the seemingly obvious attraction of fewer hours in the office, not all employees are keen to cut down. The Labor Ministry last month stepped back from a plan to include weekend work in the calculation of overtime, currently capped by law at 12 hours a week. Resistance came from both employers and employees, the former worried about increased labor costs, the latter reluctant to give up lucrative overtime pay. Minister Lee conceded that more time was needed for “study and discussion” of the issue, but insisted there was consensus among economy-related ministers on reducing work hours. Any such consensus is not present among economists.

Pyo, for one, believes the emphasis on a shorter work week is misplaced.

“Cutting Korea’s work hours would not be a solution because it reflects (the) social and corporate culture of work habit and standards of office work. Many factory workers are working overtime to secure extra compensation for their family budget needs.

“Their employers may find it better than trying to recruit new part-time or full-time workers because they can cut over-time work but cannot reduce extra workforce when business conditions deteriorate. In other words, the long working hours might have been (a) rational work practice by both employers and employees.”

“It would not be an effective way of boosting employment because most employers are afraid of increasing part-time and full-time employees since once they hire them, it is very difficult for them to lay-off some of them (because of) labor law and strong union activity. And factory automation and information and communications technology use in offices make employers save their labor costs rather than boosting the employment level.”

Nevertheless, the recent trend has been decisively one-way: away from the work-is-all mentality of the past. Kim sees the shift as inevitable, whether it should be welcomed or not.

“I cannot judge morally … but empirically speaking, that is an evitable trend, it occurs everywhere in the world, in every country. As the economy grows rapidly and people have some wealth, then they begin to enjoy leisure. But Korean people … are still maybe the most hardworking (in the world).”

The reason why I am saying that Koreans should not work less is because they need to work hard in order to have a good living and if they have a family; to keep them afloat and to always have food on the table. In today’s economy, people are struggling, and working for less is not a good option for a person that is currently working.

Koreans have to work hard and put in long hours if they want to get paid well and be known as a “hard working person.” Not only that, but to keep their jobs as well, because if they are not working hard and working less, they might end up losing their job; and nobody wants to be unemployed right now.


It is not something that started just recently that the Koreans work long hours. The Koreans have worked, according to Forbes magazine’s report, the most hours in the OECD members. It is about 2,400 hours and more than the average 1,800 of the OECD members.

It is a fact that this tendency has contributed to turning the ash of a country of warfare into a member of the 20-50 club, which means that its national income per head is $20,000 and population is 50 million, following Japan, the United Kingdom, the United States, France, Germany and Italy.

Also the world is surprised with Korea which has developed from a country receiving aid to the country giving aid. And Korea fights at close quarters with America in the smartphone market. Anyone will have had an experience at one time or another of being moved to tears with patriotism, seeing Korean conglomerate’s PR being advertised on billboards in New York.

But it is not always good. A study said that the working hours over 12 hours increases the risk of an accident in the workplace. Also generally speaking, the long working hours bring down the productivity per hour. This is seen easily in the fact that, despite the many vacation hours in America and Europe, productivity per hour is high. And it is known to bring about problems in one’s health.

Research needs to continue in this field in the future but it’s as clear as the nose on your face that long working hours make people tired physically or mentally. The fact that the suicide rate is high in Korea is not unrelated to Korea being No.1 for the working hours.


Koreans work so much because they aren’t efficient. Part of this has to do with the ridiculous level they take Confucianism to. No one would work late or on Saturdays if they weren’t fixing all the things their higher ups screwed up. And the reason they are fixing them instead of the guy who made the mistake in the first place is because it would be “rude” to tell someone who is older or at a higher level that they are doing things the wrong way. If Korea can’t fix this, this country has plateaued!


Koreans put a different priority on the workplace, and Koreans can be as efficient as any other culture, do we tell the Spanish to stop taking siestas just because, how about the coffee breaks? Try working in a European environment where the difference between German, French and what not are easily felt by all, they all complain about the working culture of people from different nations. A culture is simply put a set of rules on how to comport at work, every business has a different work culture, why assume Korea only has one type of it? In the last 20-30 years Koreans have steadily increased their economic output at levels never seen before, who are you to judge that Koreans don’t work “efficiently.”


Well I am a Korean, living in Seoul and I do well perceive the problematic work ethics; overly-worshipped Confucianism, boss-emperors and worker-slaves and so on. But you must take into consideration that after the colonial period and the Korean War, Koreans had to build everything from literally nothing. There was nothing but mounds of sand even in the center of Seoul by the 1960’s and what you see in Korea now is what we’ve achieved within just 50 years. Companies in those days functioned like militaries, with merciless working hours and strong rules and the employees obliged because they had to feed their families. Now the country has developed and we no longer need to work like soldiers in the trenches, but such a working ethic still exists because the older folks who are technically the bosses of the companies now are somehow proud of the feats they have achieved. However I believe that the new generations are educated and globalized enough to understand the importance of efficiency and the vices of age old hierarchic culture. It has been less than only 30 years since we got to live in livable economy. Believe me, it’s just because we are not experienced. 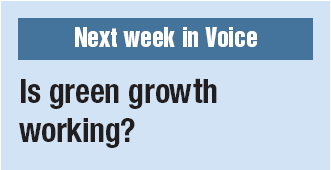