[VOICE] How can Korea boost tourism?


Korean tourism has seen something of a boom in recent years. Foreign tourist numbers grew almost 50 percent from 2007-2011, from about 6.5 million visitors to close to 10 million.

This year, the Korea Tourism Organization aims to increase that number to 11 million. But despite the considerable progress in bringing in more tourists, Korea still lags behind some of its neighbors in the region. Thailand saw 19 million visitors last year, while Singapore attracted 13.2 million. China, the world’s fourth-largest country, welcomed 53 million visitors in 2010, the last year for which figures were available.

Moreover, Korea ranked just 32nd out of 139 countries in last year’s Travel and Tourism Competitiveness Report compiled by The World Economic Forum. In Asia-Pacific, Korea placed 6th in the index, which measures how attractive a destination is to tourists.

Robert Koehler, a 15-year resident of Korea from the U.S. and author of two travel books on the country, believes better communicating the stories behind the sights could boost the industry.

“I think Korea has begun doing a pretty good job promoting what it’s got. It’s just a question of being patient and remaining on target ― the results will come. That said, like any place, a lot of places in Korea have great stories behind them, some of them not widely known. ‘Storytelling’ is just coming into its own, so those of us involved in promoting Korean travel need to be looking always for good stories to put a name to a place, so to speak,” he said.

For Koehler, this should include retelling not only the prouder moments of the country’s history, but the uglier events of its past as well.

“Not all history is pretty, but even the ugly stuff can be fascinating as long as you’ve got the confidence to embrace it and share it.”

Lee Jang-hyuk, an associate professor of marketing at Korea University, favors a different approach. Rather than dwelling on its past, Korea’s should be highlighting its vibrant present.

In promoting the Korea of today, hallyu should play a major role, according to Lee, who pointed to the popularity of K-pop groups such as Girls’ Generation, whose music video for “The Boys” has garnered more than 45 million views so far on YouTube.

“I think recent K-pop stars would be appropriate models for information diffusion and sharing with target customers. For example, SM Town effectively leverages new media. It starts with YouTube archiving its singers’ videos and its singers communicate with their fans directly through Twitter as well as their Facebook fans.”

But despite the last decade’s upsurge in tourism, it is a common refrain that Korea suffers from its location between China and Japan, countries that loom large in any imagination.

Koehler cautions against inevitable comparisons to neighbors such as China, which he sees as unfair, despite Korea’s potential as a tourist destination.

But according to a spokeswoman for the Korea Tourism Organization, the organization does not see a disadvantage in the country having such imposing neighbors. If anything, it should be seen as the opposite.

She added that the KTO’s goal is create a distinct image of Korea in the minds of potential tourists, one which conveys Korea’s “unique and special energy” of “Gi” (energy), “Heung” (joy) and “Jeong” (affection).

“The KTO has been trying to create and promote a consistent image of Korean tourism. As a result, Korea is steadily improving its position as a tourist destination.

“The KTO is committed to promoting the image of Korea and attracting foreign tourists through the 31 overseas offices by participating in Tourism Fairs, holding road shows, and developing tourism products.”

The spokeswomen said that around $116 million would be spent on tourism promotion this year.

Nevertheless, the nation’s tourism strategy has come in for criticism. In September, the Federation of Korean Industries blamed over-regulation and a lack of tourism infrastructure such as accommodation and leisure facilities for Korea’s low ranking in tourism competitiveness.

As an example of excessive regulation, the FKI pointed to a rule that prohibits the construction of facilities within a 100-meter radius of cultural properties and in mountainous areas with slopes of more than 21 degrees.

In the view of the FKI, a country with the economic weight of Korea should be more competitive in attracting tourists.

“(Korea’s tourism competitive ranking) is far below where the country stands in terms of gross domestic product and national competitiveness, which are 13th and 22nd each,” it said in a statement.

In the run up to the opening of the Yeosu Expo, the issue of insufficient accommodation was brought back into the spotlight. Organizers admitted that Yeosu wouldn’t have enough accommodation to meet the estimated demand, and advised visitors to lodge in other cities such as Jeonju, Mokpo and Suncheon.

The KTO introduced its own brand of affordable hotels, called BENIKEA, in 2006 to address the wider problem, but the project drew criticism from media and lawmakers for lackluster promotion and scale.

The KTO has also attracted the scorn of foreigners living here on occasion for what some have seen as stereotypical depictions of foreigners in its advertising.

“When we create the tourism advertisements about Korea for foreign media, we highlight the beauty of Korea rather than using stereotypes of foreigners,” said its spokeswomen. “Before producing the ads, we research views of foreigners through our overseas branch offices. Also, we reflect the views of foreigners on the results of surveys on foreign tourists ― for example, the International Visitor Survey issued each year.”

Koehler, who has worked in collaboration with the KTO, believes the agency has done a great job with a significant challenge, whatever room may remain for improvement.

“I think the KTO and other major tourism-related authorities have done a splendid job providing a wealth of information on a wide variety of tourism sites as well as on lodgings, dining, transportation, etc. I’m being honest here ― they really do. If there is room for improvement, it’s at the local level, where English language info about tourist sites in the locality is sometimes lacking.”

Promote more non-traditional things ― the music down in Hongdae for example or the latest tattoo craze. Korea focuses so much on the “traditional” that once you’ve seen that, there’s ... what? Also, the traditional appeals to only a certain niche market.

Korea is always going to find it hard to increase tourist numbers from traditional tourist countries in the West. The economies there are poor and tourist numbers will at best stagnate, no matter what is done here.

Also, when people from Europe and the U.S. think of East Asia they tend to think of Japan and China first and that is not going to change as it is the result of hundreds of years of history. I think there are legitimate reasons for that which the slickest marketing campaign in the world would not change.

Where there is great potential for growth, however, is in emerging markets, such as China, India, Brazil, Thailand, Indonesia, etc. There is massive potential for growth in these areas and Korea’s strength here is nothing to do with traditional culture and everything to do with K-dramas, K-pop and technology. This is one area where Korea genuinely does command international respect (no matter what Western nay-sayers may claim) and tourists already come from Southeast Asia and South America inspired by the Korean Wave, which is still going strong in many parts of the world.

As the traditional tourist markets in the West dry up it is these emerging markets that provide the best potential for growth in Korean tourism. Over the next couple of decades this is only going to become more pronounced so Korea should seek to market itself through its culture and economy to these regions.

In a nutshell, target Southeast Asia and South America using the vehicle of modern Korean culture to entice visitors from emerging markets. When Koreans think of globalization there is almost an obsession with the West, yet things are rapidly changing and Korea should take advantage of these changes.

Oh dear ... Are we rehashing this again? The same old solutions apply to the same old problems ― listen to foreigners, take your input, and actually do something with their feedback. A few points off the top of my head:

1330 is usually busy, sometimes wrong and not really as helpful as it should be. I should not be more knowledgeable than them. The KTO’s webpage should be the most up-to-date thing out there. So should their directions. Having English, Chinese and Japanese should be an absolute must at every tourist destination, in every tourist brochure, and at any tourist hotspot. Embrace bloggers.

We need to inform others (foreigners) what we have already. We have beautiful places, but we are not good at advertising these. Nowadays on TV, we can find advertisements of Yeoju. That’s a good step! What we also need is we have to inform ourselves what we have. When foreigners ask us, we can reply to them and introduce them. These things are some kinds of non-systematical methods. 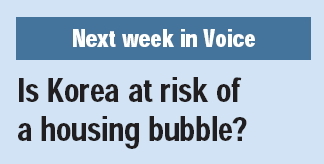