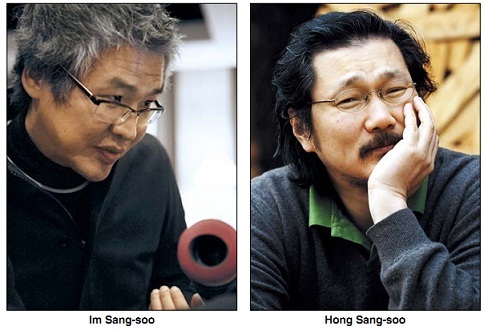 Director Im Sang-soo’s drama “Taste of Money,” and director Hong Sang-soo’s “In Another Country,” which stars French actress Isabelle Huppert, are in the running for a prize at the upcoming 65th Cannes Film Festival.

This marks director Hong’s eighth appearance at Cannes, and his third time being invited to the festival’s competition section ― after his 2004 drama “Woman is the Future of Man” and the 2010 drama “Hahaha.” The 2010 film won the Prix Un Certain Regard at the festival that year.

Director Im Sang-soo, on the other hand, is heading to Cannes for the second time in his filmmaking career. His last visit to Cannes took place back in 2009, with his remake of late director Kim Ki-young’s 1960 thriller “The Housemaid.”

Im’s film “Taste of Money” features actress Kim Hyo-jin and Kim Kang-woo, and tells the story of a ruthless chaebol woman and her troubled family.