Korea, like so many democracies, broadly fits the definition of a two-party system made up of liberal and conservative camps.

Yet its two-party mold remains young and fragile compared to countries such as the U.S., where power has passed between the same two parties without interruption for more than 150 years. Korean parties rarely last more than a few years before a name change, merger or outright dissolution, while the National Assembly typically accommodates a number of small parties aside from the big two.

In the country’s first free presidential election in 1987, not two, but three major parties vied for Korean politics’ top job. The conservative Democratic Justice Party’s Roh Tae-woo clinched victory, benefiting from a spilt in the liberal vote between the Reunification Democratic Party’s Kim Young-sam and Party for Peace and Democracy’s Kim Dae-jung. Kim Jong-pil, the founder of the Korean Central Intelligence Agency, the precursor to the National Intelligence Service, came a distant fourth on the conservative opposition New Democratic Republican Party ticket. For the next election in 1992, Kim Young-sam merged his party with Roh’s ruling bloc, creating a clearer two-party spilt and ultimately winning Kim the Blue House. Parliamentary elections, since 2000 in particular, have tended toward reinforcing the presence of two major parties and a number of bit players.
“The first reason is the political parties are largely based on regionalism, Jeolla regionalism and Honam regionalism,” Kyung Hee University politics professor Yun Seong-yi told Voice.

“So unless the regionalism breaks down, there is not much chance to have a multi-party system in Korea. We also have a sharp competition or clash between the liberals and the conservatives nowadays. People want to have two distinctive ideological parties.”

The election system, which sees 246 out of 299 seats chosen in single seat constituencies favoring bigger parties, is also a factor.

The upcoming April 11 general election, as a clash between the recently renamed Saenuri Party and Democratic United Party, would appear to continue the two-party mold. What could be a game-changer, however, is the pre-election alliance of the DUP with the minor Unified Progressive Party. With the two big parties expected to take 130-145 seats each, the far-left UPP could become kingmaker in the next Assembly, even if it only wins the roughly15 seats predicted by opinion polls.

“After the election the UPP and DUP will cooperate to pass laws, but case by case,” said Hong. “It is obvious that the UPP and DUP are going to keep their pace by checking the Saenuri Party in the National Assembly along with searching for ways for cooperation to win the upcoming presidential election.”

“We were established in order to break that chain (of power moving between two major parties),” said Park’s deputy chief of staff Lee Sang-baek. “Both parties have been based in certain regions, as you know. For instance, the Saenuri Party is very strong in the Gyeongsang area whereas DUP is very comfortable and strong in Jeolla. But instead of regionalism, KVP hopes to create values that we believe in. Instead of a region, we want to be Korea-based party based on our ideology.”

Lee, whose party is fielding 27 single-seat constituency and eight proportional representation candidates, accepts that is “very difficult to break that barrier” and make an impact as a third party. But he sees the party’s electoral bid as “a good and meaningful experiment.”

Nor is the party concerned about the possibility of splitting the ― in this case conservative ― vote and handing power to the other side, the curse of so many third-party bids in two-party set-ups.

“I don’t think we are splitting the conservative vote,” said Lee. “Basically we are creating a new definition of conservative in this society. That why the KVP is trying to come into play, come in to provide more reasonable and reform-minded conservative policies.”

Yang Seung-ham, a political science professor at Yonsei University in Seoul, said that Koreans’ lack of a unifying ideology leaves the door open to third or fourth parties.

“At present, Korean political positions are diversified according to region, income, age and ideology. The major parties are not enough to embrace the complicated differences. And 40 to 50 percent of Korean voters do not identify themselves with any political party due to political apathy and indifference. Therefore, there is always room for a third or fourth party,” he said.

But much depends on the presence of a major figure to rally around, said Yang. Korean politics has long been personality-driven: Park Geun-hye maintains considerable allure and influence despite her reputation for reticence on policy issues, while former presidents Kim Dae-jung and Roh Moo-hyun each founded the parties that carried them to power and continue to be revered in liberal circles.

“Unlike the 1987 election, a third party may not present their own candidate this time because they don’t have a prominent figure to compete with the two major party candidates,” said Yang. “Only in the case that professor Ahn Cheol-soo runs for the presidency, then there will be more than two major figures. Or a person with the support of professor Ahn might become a third major figure in the upcoming presidential election.”

Yun attributes the penchant of Korea’s “2.5-party system” for personality politics in part to the tendency of parties to distinguish themselves by region rather than ideology, making it “much easier to base (them) on their political leaders and personalities.”

This, argues Hong, restricts voter choice, raising the need for a third, “moderate” party to act as a broker between the two “polarized” major parties.

As Gregory Henderson mentioned, politics of vortex have been one of the distinct characteristics of Korean politics since 1948,” said Hong. “Political parties have served as political machines for the prominent political elites in their striving for the presidential job. … Grouping around powerful figures is one of the negative factors that restricts voters’ options, but their choice affects party alignment.”

The emergence of a full-blown multi-party system, while increasing voter choice, would make coalition governments more of a norm, potentially increasing political instability. Their perceived instability has made the Korean public wary of such arrangements, according to Yang.

“Political coalitions are unstable in nature. It is particularly so in Korea, because dialogue, discussion, persuasion, negotiation, cooperation and tolerance are the concepts to be more developed in Korean politics. A coalition is more like a marriage of convenience for political purposes,” he said.

This makes the entrenchment, rather than weakening, of the two-party system more likely in the future.

“I think Korea will move toward the two-party system in the future as Korean democracy matures gradually,” said Yang. “At the moment the Korean political parties are not based on policy orientation but are catch-all parties. The political parties are the verge of the democratization process.”

Therefore, Koreans can acquire information they need quickly and easily, unlike in some countries that control information. For example, one of my friends in China once said that some information cannot be searched on the Internet in China. She said that she could not find any information about political upheavals that took place in China in the past. As soon as I heard the news from her, I searched information about political upheavals that happened in China. Surprisingly, I could find a number of reports about the events. I was able to figure out the exact date, place and roots of the upheavals. Likewise, since all information can be gained through the Internet in Korea, it can be said that there is enough Internet freedom.

Internet freedom in Korea is enough for not only people who get information but also for people who write on the Internet. Koreans can even write anonymously. Sometimes, this loose regulation on information leads to social problems, but more often than not, it provides people with benefits.

However, in Korea, it is different. In Korea, people from the opposition and ruling parties argue publicly on the Internet through Twitter and other social network services.

Even ordinary people talk about current political affairs on the Internet. From this, it can be said that there is enough Internet freedom in Korea to allow people to exercise freedom of speech.

“What do you want to be when you grow up?” I asked. His answer was “a member of the Congress.” His reason was unexpected and surprising, but helped me understand how politicians are these days.

“They seem to play all day.” How did this change of thinking happen? Since when do people think that working in Congress is equal to playtime? Do you know what most people think of when they hear member of parliament? Not surprisingly it is “corruption.” Korea’s corruption in politics is partly related to the soft and weak laws against “white collar” crime. The fear of punishment is not considered much, because they don’t get into much trouble. However, having upright politics is crucial for one’s country. We should try our best to strengthen the laws to make a pure and upright country. 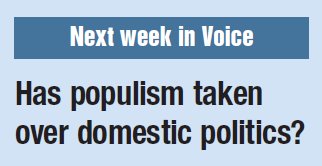