Among the seven, director Kang Ju-gyu’s 28 billion won war blockbuster “My Way” and Jeon Kyu-hwan’s drama “Varanasi” have been invited to the festival’s non-competition “Panorama” section.

Starring local heartthrob Jang Dong-gun and Japanese star Joe Odagiri, “My Way” was one of the most anticipated films of last year. However, it had a lackluster performance at the box office, attracting 2.14 million viewers, out of 12 million expected. 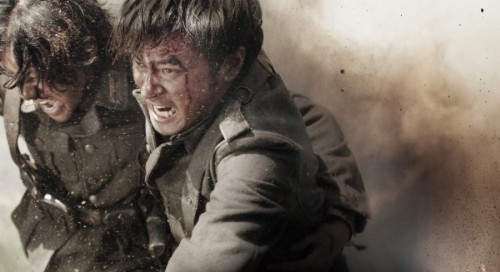 Jeon’s “Varanasi,” on the other hand, is an account of a publishing house owner who ends up having an affair with one of the writers he works with, and his wife who falls for a young Arab man in India. Director Jeon was invited to the Berlin festival last year as well, with his feature-length drama “Dance Town.”

Last year’s box office-hit “Punch” for director Lee Han has been invited to “Generation 14plus,” a competition section of Berlinale devoted to films by teenagers. A cheerful yet touching portrait of a young boy from a multicultural family, the film drew 5.27 million viewers last year.

Heavyweight actor Song Kang-ho and rising actress Shin Se-kyung starring “salt-themed” action romance “Hindsight (Blue Salt)” has been invited to “Culinary Cinema,” a non-competition section which features 15 films about food and the environment. The film did not succeed at box office, only drawing 770,000 viewers.

For the festival’s competition section for shorts, two Korean films have been invited. Kim Souk-young, a film student at Korea National University of Arts, is heading to Berlin with her school project “Anesthesia,” a true-case inspired account of a woman raped by a doctor while under anesthetic. Last year, director Yang Hyo-joo, who was also a student at KNUA at the time, won the Silver Bear Award for her short “Broken Night.”

Along with Kim, director Lee Woo-jung’s short “Ad Balloon,” the winner of Sonje award at BIFF last year, has also been invited.

For the non-competition section “forum,” director Kim Joong-hyun’s short “Choked” has been invited.

Aside from the Korean directors, Japanese filmmaker Yang Yong-hi, who is of Korean descent, has been invited for “forum” for her feature-length documentary “Our Homeland,” while Korean-American director Kim So-yong is heading to Berlin for the same section for her drama “For Ellen.”