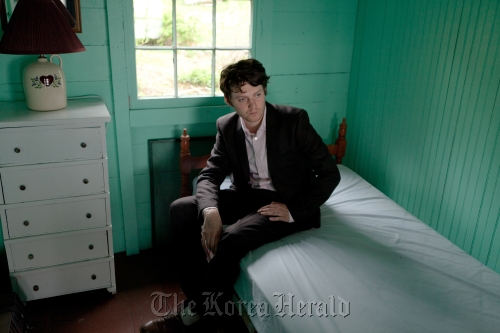 U.S. indie-rock band Beirut to hit the stage in Seoul

While taking more upbeat, accessible turns in the years after the band’s 2006 debut, Condon’s songs have held on to their languorousness, which the band leader describes as part of the “uniqueness” he considers key to the band’s existence.

Dropping out of high school at 17 and leaving the U.S. to travel around France with his elder brother, Condon started Beirut as a solo project with influences from mariachi bands, folk music and Balkan brass.

Beirut turned into a six-member band when Condon toured with his first album Gulag Orkestar. At his live shows, he asked five of his friends in New York to join him on the stage, and they remained to record with Condon on later Beirut albums.

The band members work collaboratively, although the majority of the music is finalized by Condon. They use an array of instruments in their songs, ranging from trumpet to upright bass and euphonium.

Condon, who will perform with his band in Seoul on Jan. 25, had an email interview with The Korea Herald, sharing his thoughts on music and revealing his plans for the upcoming concert.

The Korea Herald: Beirut is now a six-member band. How does that change feel?

Condon: There have been times when we’ve played with more members, but at heart, it’s still a solo project. I still write all the songs, but I’ve slowly relaxed enough to let some of the other members help out with arrangements and ideas in the studio.

KH: How would you describe your music to people who don’t know it?

C: For my music, the Balkan tag never left. I was looking around the world for influence other than rock. I was watching some Balkan films and fell in love with their use of brass. It made sense to mix it with what I was doing.

As I’m constantly shifting sounds and arrangements ... I would consider this music to be, quite frankly, unique. I was trying to invent a genre that didn’t exactly exist yet, but with plenty of familiar themes.

KH: Are you inspired by the work of other musicians?

C: I didn’t want to be influenced by any kind of current fad. But I’m surrounded by some pretty great musicians, so I can’t claim to be not inspired by other people.

The National and Arcade Fire are both pretty good friends of mine and they’ve taught me so much about making records, art and life on the road.

KH: Your music carries a certain narrative and photographic aura. Has a film or artwork ever inspired you to write songs?

C: I spent my teen years before leaving Santa Fe at a European art-house theater, where I sometimes sold popcorn and the rest of the time spent entire afternoons watching French and Italian films.

I was basically living in a daydream. I think I’ve carried that with me ever since.

KH: How much do you know about Korea and Korean music?

C: Frankly, not much at the moment. But actually, a large group of our closest friends in New York are Korean. One friend from Seoul cooks us Korean BBQ with kimchi pancakes as an appetizer very summer if we buy the supplies.

KH: You have traveled around the world quite a bit now, holding concerts in front of audiences of different nationalities. What is the best and the worst part of traveling?

C: The best parts are the shows and the food. The worst parts are, I think, the endless transit and hotel rooms ― it turns into a blur. I consider myself as an experienced traveler, but tours can do weird things to your mind.

KH: Any message to Korean fans?

C: Don’t be afraid to sing! We’re looking very much forward to this show ourselves.

Beirut will be performing some of its best-known tracks including “East Harlem,” “Elephant Gun,” “Nantes,” “A Sunday Smile” and “The Penalty” in its upcoming Seoul concert.