Is the biz climate good for foreigners?

Some of the many challenges of doing business in Korea as a foreigner are obvious. Language, a distinct and demanding work culture and an unfamiliar regulatory and legal environment are but a few of the obstacles to overcome. These would all be challenges for a budding foreign investor in any country. But how does Korea compare with other countries for the ease of doing business overall?

Very well, according to a report last month by the World Bank. Doing Business 2011 ranked Korea 8th out of 183 countries for ease of doing business, up eight places from the previous year. Korea in particular scored well for its electronic tax system introduced last year and the ease of trading across borders.

But not all evaluations of Korea’s business environment are so rosy. On the Wall Street Journal/Heritage Foundation’s 2011 Index of Economic Freedom, Korea places just 35th. Many business sectors are protected from competition, the labor market remains inflexible, and the country ranks well below the OECD average on the Corruption Perceptions Index. For some foreigners, the age-based hierarchy at play in business and personal relationships and the alcohol-fuelled nature of how deals are closed are also causes of complaint. 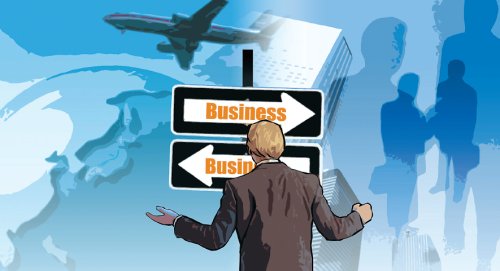 It’s all up to you

The distance between Vancouver and Seoul is 8,153 kilometers. How did a Hong Kong-born, Canadian-raised guy with little idea of what to do start a business in Korea? The answer’s easy: Love.

Things could have turned out quite differently. My original destination was Taiwan. If I had not met the girl of my dreams, I would have never started teaching in Korea, witnessed the explosion of the Korean wave, or started a business helping companies ride that wave.

The secret to Korea’s success? Focus. Determination. Hard work. The basic formula for success. Not an earth-shattering insight, I know.

What makes Korea different is that Koreans will try even without a definite plan or experience. The history of Korea instilled in its people a strong sense of community, determination and drive. It works. It inspired me. It also made me realize how lazy my Western mind was. The fire was ignited.

I started out as an English teacher and still enjoy doing that. But after being here for a few years I knew that teaching was not going to quench the fire I had to do more.

In 2008, I partnered up with some like-minded expats and started an outsourcing business. Fail.

That led to a string of work with large Korean companies. Though it’s good work and a great way to build connections, I knew I could do more. I needed to because I believe you have to do what you love and do it in a way that helps others. And I believe this works wherever you are. You just have to adjust to the local circumstances.

I have a background in fashion, cars, restaurants, sales, voice acting, video production, online business, presentations, etc. I’m a curious guy. I needed something that would satisfy that.

I knew it had to be something creative, used technology, and that genuinely helped people. I also knew my interest in social media would come in handy.

In 2010 an idea struck, and in July I launched KWALUS with my friend Liam Lusk. KWALUS is a presentation design, video and social media marketing consulting firm. It’s like PR for Korean companies looking to go global.

I’m going to make some enemies, but I roll my eyes when I hear it’s hard to do business in Korea. Yes, there are barriers. But there’s help.

The Seoul Global Business Support Center helps foreigners start a business, even if your idea is on a napkin. They can even give you an office and all their help is free. I got onto CNBC-TV because of them.

Korea Business Central is full of people with business backgrounds who can advise or help you make connections. I’ve personally benefited from being involved in that community. The point is resources are available.

More opportunities exist in down economic times because people are fervently looking for solutions to problems. Korea is no different.

People that have a hard time doing business in Korea are likely offering the same thing as others or providing little value. Focus on providing genuine help that benefits customers.

The new business paradigm is not win-win, it’s 100 percent win for the other person. A wise monk said the secret to success is to do good things, don’t do bad things.

Do what you love and help others without expectation of reward. In a Korean context, building networks, establishing trust and a good attitude will help significantly.

You made the trip to get here. Make the most of it.
By Carl Kwan

Communication is a big problem

Born in Scotland in the U.K. I moved to England at a young age and trained to become a dancer but after sustaining an injury which prevented my career going any further I began my professional career in London’s theater land. At the age of 19 I became assistant manager at the world famous London Palladium Theatre. I continued working in London until 2001 in venue management but felt there was something missing, I always wanted to pursue business in some way. In 2001 I made the decision to come to Korea and have lived and worked in the business sector here since.

Having a business background in the U.K. and also a teaching background here in Korea I wanted to make that transition from employee to business owner and my first attempt was in 2006. For my first business I took what I thought I knew and turned that into a business.

I started a company that offered three services, phone English tuition, language school placement in the U.K. and supplying English teachers to companies here in Seoul. With the help of my Korean wife we invested money into a website which I designed myself and passed on to a web designer. This was my first problem. I was told that the project of making the site would take 3 months ― this doubled. The designer was always very polite to me but rude to my wife. His English was limited so direct communication with me was rare. This could be partly my fault as my Korean is hopeless but the fact that he was rude to my wife simply because she was a woman infuriated me.

The other problem that I had with this first venture was actually getting business. I thought that because of my teaching background here in Korea companies would want to do business with me. I was very wrong. Companies would view me as a teacher and not a business person. I managed to get some contracts but few. The other problem I came across was that many large companies in Korea will only do business with other large companies despite quality of service.

My second business venture was with five (western) partners and we decided to try outsourcing but with ourselves as the teachers. We decided to offer unique courses to individual clients making us different from other outsourcing companies. The companies that we tried to do business with were not open to change even if it would benefit them (including financially). On occasion we had some aggressive exchanges when the client wanted to change the conditions in mid contract.

My third business venture which is the one I am in now has been more successful in every way but there are still some difficulties to overcome. My new company helps companies tell stories through social media and presentation design. I guess you could call us a Marketing/PR company.

But the difficulties are still there, for example trying to get to the decision maker. You are often told that the person you are meeting is the decision maker but you later find out they aren’t in your meeting. Negotiations can also go on and on and on through several meetings. In these meetings Koreans often say “Yes” when they mean “No”. This can be very confusing.

A big issue which still annoys me when doing business in Korea is trying to make people understand that I am not a teacher but a business person. Usually when you meet someone and you start having a conversation one of the first questions you get asked is “Where do you teach English?” This can be very frustrating if you are running a business.

The main difficulties that I have come across when doing business in Korea is the generalization of if you are western you are an English teacher, basic communication, misunderstandings, large companies only doing business with large companies, many Korean companies disliking change even if it can be to their advantage, difficulty in meeting the decision maker, endless negotiations and finally Korean business people saying yes when they mean no. Still it’s not all bad, I am still here doing business so there must be some advantages.
By Liam Lusk

Liam Lusk moved to Korea from the U.K. in 2001 and became an English communications coach and consultant for the business sector. ― Ed.