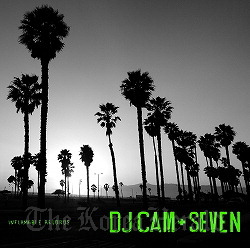 There’s something dour about DJ Cam’s new album “Seven,“ with its slow and brooding fusion of hip-hop and jazz. The French mix master has an interesting approach to blending disparate sounds, but seldom do things develop into a full gallop here, leaving the effort feeling a bit unfinished.

DJ Cam likes trickles of piano, streams of ethereal synth work and a walking pace to his work. The beats are simple and often border on Casio keyboard territory, as is evident on “Dreamcatcher,” with its old-school computer hand claps. But the further you get into that track, less is revealed.

This is the routine on other songs as well, like the title track “Seven“ and “Fontainebleau.” The sounds and mixing is fine, but there is no great unveiling of purpose to the songs. The beginning sounds like the middle which sounds like the end. There is little plot to DJ Cam’s purpose.

At best, DJ Cam has given us an even-paced album to do other activities to, while it plays in the background, not jarring in its delivery of hip-hop tinged chill music. DJ Cam dulls the senses a bit too much here on “Seven,“ when a bit more creative arc to the tracks would have served the music better. (AP) 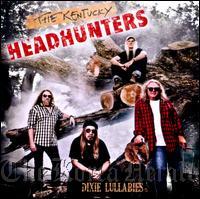 Influences are easy to identify on the latest album from the ZZ Rolling Stax Brothers. The band’s name is actually the Kentucky HeadHunters, and they borrow from the best on “Dixie Lullabies.” The title cut creates a Stones-ish twin-guitar squall, while “Sugar Daddy” boogies like ZZ Top. “Tumblin’ Roses” taps into Memphis soul, and “Little Miss Blues Breaker” recreates the rawest bits of the British Invasion. All told, this is ramshackle rock for toe-tapping and keg-tapping. “Just Another Night” sounds like a street party, and elsewhere there are plenty of beery vocals and bourbon-soaked guitar riffs. Twelve albums into their career, the HeadHunters clearly know what their audience wants. As one chugging chorus puts it: “She’s in love with the swagger of my low-hung Les Paul Standard.” The closing “Recollection Blues” is a departure from the rest of the set, and the smoky ballad peaks with Greg Martin’s delicate guitar solo. (AP) 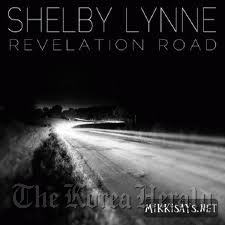 Shelby Lynne’s decision to make her new disc a complete do-it-yourself project seems perverse at first, the product of a stubborn streak since her skills as an instrumentalist in no way match her songwriting and singing ability. Then you realize how the sparse, barely-there accompaniment forces you to concentrate on the songs, and she delivers the goods. Lynne brings you into the darkest recesses of her soul, with her pain palpable on songs like “I Want to Go Back” and “Toss it All Aside.” On “Heaven‘s Only Days Down the Road,” she imagines the mindset of someone who makes a tragic decision he can never back away from. Her experiences ultimately make her stronger, and on “I Won’t Leave You,” Lynne shows how she can be there for someone who needs her.

The album‘s confessional style is as close as she’s come to the emotional rawness of John Lennon‘s “Plastic Ono Band” record, clearly a milestone to her. There are times when you wonder how this would have sounded with players as good as her songs, but they ultimately would have added emotional distance, and that’s the last thing “Revelation Road” needed.