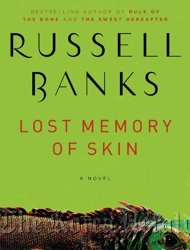 One of America’s finest writers has written a novel about sex offenders, and he’s done so in such a powerful and insightful way that “Lost Memory of Skin” should be required reading for anyone interested in fixing the country’s broken criminal justice system.

Banks, inspired by a real-life colony of offenders set up under the Julia Tuttle Causeway in Miami, explores the story of a 22-year-old man prosecuted for an online almost-liaison with an underage girl and branded for the next nine years as a convicted child molester.

Without sounding preachy or sentimental, Banks delves into the mind of the Kid; his advocate, the Professor; and a cast of society’s rejects forced to take up residence beneath an overpass.

Forbidden from living near a school, daycare center, playground or any other place that attracts children, the sex offenders who choose to follow the law and stay within the confines of their GPS anklets have three options: the airport, the wilds of the Appalachee swamp in the Panzacola National Park or the causeway.

We learn about the Kid’s family, his childhood, his aborted attempt to become a soldier in the U.S. Army. We learn of his pain, his insecurity, his regret. We also watch him grow increasingly hopeless while, at the same time, he’s forced to trust the Professor and others for his survival.

Banks also offers a glimpse at the Professor, whose life and past are perhaps more checkered than the Kid’s.

Throughout the darkness of his story, we’re treated to Banks’ command of the language and graceful turn of phrase such as his description of the post-hurricane landscape: “The dark eastern sky has started bleeding gray. Near the horizon the boiling clouds are dark green. He can make out flooded citrus groves, crushed gravel side roads, a soaked wind-flattened landscape with wildly scattered palm and palmetto fronds and here and there abandoned cars and pickups. ... And no people.”

Like “Affliction,” “The Sweet Hereafter” and others, Banks, in his latest novel, takes an unflinching look at people at their worst and manages to turn it into art. (AP) 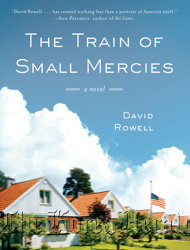 A series of stories unfolding on a single, memorable day in American life, “The Train of Small Mercies” is a compelling first novel that builds emotional momentum as the hours pass.

The day is June 8, 1968, a Saturday when the body of U.S. Sen. Robert F. Kennedy is carried by train from New York City to Washington for burial at Arlington National Cemetery. Hundreds of thousands -- estimates ranged well past 1 million -- lined the route to pay homage to the presidential candidate assassinated two days earlier.

David Rowell recreates the day through vivid portraits of a range of characters, black and white, young and old, whose mostly humdrum and ordinary lives turn on events as they set out to watch the train pass.

Each of their stories, told in staggered vignettes that begin that morning, unfold in modest, commonplace settings and revolve around familiar hopes, fears, schemes and family dynamics.

A domestic drama, for example, plays out between two middle-class couples around an aboveground backyard swimming pool at a home in Delaware. A young man who lost a leg in Vietnam is interviewed at his family home in Maryland by a fledgling newspaper reporter, with their shared memories of the soldier‘s high school sweetheart raising tensions.

The period is captured in part by the constant offstage presence of the Kennedys, including the pregnant widow, Ethel Kennedy. Cultural icons of the 1960s are referenced; when a man thinks an auburn-haired, statuesque woman in a bikini looks like a movie star, the one he thinks of is Raquel Welch.

As Rowell draws the reader into these lives, the pulse of the book quickens. A young girl teeters dangerously atop a jungle gym as her mother’s day of little lies falls apart. Will a boy playing games with his buddies get up from the railroad tracks in time as the Kennedy train roars into view?

The novel becomes more than the sum of its stories. With a deft touch and an eye for telling detail, Rowell creates a memorable mosaic of America, circa 1968. It was a year of searing events, including the assassinations of Kennedy and the Rev. Martin Luther King Jr., but Rowell turns to the quiet, unassuming people who didn’t make headlines to leave the poignant lasting impressions of his fiction.

Rowell, an editor at The Washington Post Magazine who has published short fiction, has said he was inspired by the collection of images taken by Paul Fusco, a Look magazine photographer aboard the train. Fusco kept his camera on the throngs gathered by the tracks down the Eastern seaboard and took hundreds of pictures of the people.

In his first novel, Rowell weaves the fictionalized stories of several into a drama of cumulative force. (AP)

In Other Worlds: SF and the Human Imagination
By Margaret Atwood
(Doubleday) 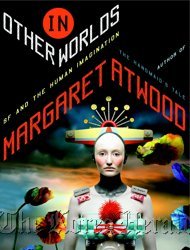 It’s always a mystery why popular fiction writers delve into non-fiction. They‘re so good at making stuff up, why bother writing a book that isn’t make-believe?

Margaret Atwood is at least upfront with readers in this collection of essays, some old, some new. “It is an exploration of my lifelong relationship with a literary form,” she writes about the book. That form is science fiction, or SF, as she calls it for short.

Readers can decide for themselves whether that exploration is worth it, but if you’re looking for the imagination that created “The Handmaid’s Tale” or “Oryx and Crake,” you won‘t find it here. The first half of “In Other Worlds” is more like a doctoral thesis with a smattering of first-person narration. Atwood admits she never finished hers while at Harvard in the late 1960s, so perhaps this is partly her way of closing that chapter more than four decades later.

Fans will enjoy some of the more personal tidbits. She wrote “The Handmaid’s Tale” while doing a fellowship in Berlin, for example. What better place to contemplate a totalitarian takeover of the U.S.? Similarly, her concern about climate change inspired “Oryx and Crake” and “The Year of the Flood.” Some of the questions going through her mind at the time: “How badly have we messed up the planet? What would a species-wide self-rescue effort look like if played out in actuality?”

The first part of the book also gives Atwood a chance to answer her critics. About those cover-ups worn by women in Gilead that have been interpreted as both Catholic habits and Muslim burqas: “Their actual design was inspired by the Old Dutch Cleanser figure on the sink cleaner boxes of my childhood.” And yes, she does think that post-9/11 the world may be moving closer to the dystopia she created in “The Handmaid’s Tale.”

After the new essays, the book is a collection of previously published work examining some of science fiction’s masters, including George Orwell, H.G. Wells and Aldous Huxley. Any reader who hasn’t read the source material is better served picking up a copy of “Nineteen Eighty-Four,” “The Island of Dr. Moreau,” or “Brave New World.” Then, if you really, really want to, you can read the Orwell chapter of “In Other Worlds” to find out why in the Atwood family it’s common to say, “Do it to Julia.” (AP)