Watch out for Putin, and Russia

By
Published : Oct 9, 2011 - 21:16       Updated : Oct 9, 2011 - 21:16
The news itself was hardly startling. It has been increasingly clear during the last year that the Regent (Vladimir Putin) would recover the throne from the Dauphin (Dmitry Medvedev). But now that it seems a certainty that Russia is headed for (at least) 12 more years of Putinism, alarm bells ought to be sounding. Why? Because by every indicator― macroeconomic, political, social ― the system that Putin forged in the early 2000s is all but exhausted and is driving the country toward a dead end. It must be radically reformed, or better yet, discarded. But how can it be gotten rid of with its creator back in control?

In the last 12 years, first under Putin and then under the Putin-Medvedev duo, Russia’s dependence on oil exports has grown enormously, and with it the economy’s vulnerability to swings in the world hydrocarbon market. In the early years of this century, oil exports accounted for one-third of the state budget; today they constitute one-half. At this point, the country’s budget could be balanced only if the price of oil were to rise above $125 a barrel. Already the ruble is at a two-year low against the dollar, and the stock market is down 20 percent this year.

If it continues on its current path, Russia is headed toward becoming a petro-state, with all the problems such systems spawn: pervasive corruption, sharp income differentiation, a lack of social mobility, a decline in scientific and technological progress, and increased control of the economy by government monopolies. As Medvedev himself has admitted, a trillion rubles (or about $30 billion) is simply stolen from the budget every year.

According to public opinion polls, a majority of Russians believes that there is more corruption today than during the “lawless 1990s.” The courts are for sale and police are so corrupt, incompetent and brutal that Russians say they are often more afraid of them than of criminals. Business creation is stifled, because for many potential entrepreneurs, the “corruption tax” is prohibitive. Despite trillions of petrodollars pouring into government coffers, education and healthcare are, in many instances, less available and of poorer quality then they were in the old Soviet Union. 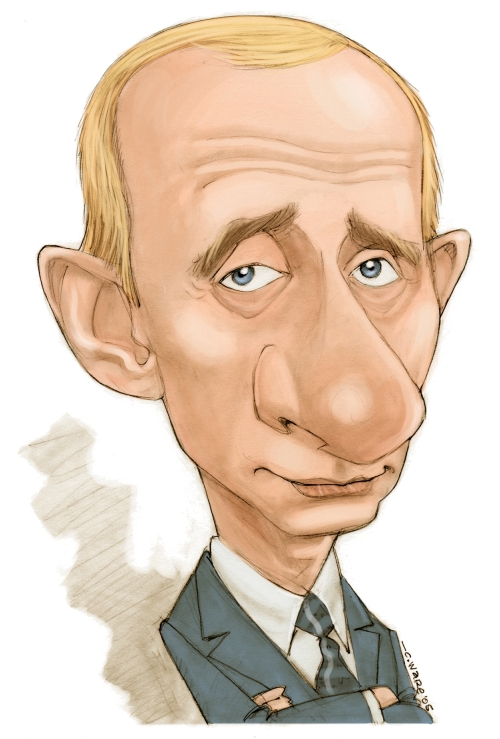 The deterioration of education has meant that as the current generation of scientist and engineers reaches retirement age, there aren’t enough highly trained people to replace them. With its satellites falling out of the sky and its intercontinental ballistic missiles failing test after test, Russia now imports not only passenger planes but high-tech weaponry and battleships.

With the population aging rapidly, the state-owned pension fund has run up enormous deficits and may be close to collapse. Inflation is dangerously high at 8 percent ― largely the result of a government move to raise pensions and salaries in advance of the December and March elections, which will be little more than shams. As Putin himself acknowledged recently, very painful cost-cutting measures will have to be undertaken to stave off budget deficits and inflation.

The result of all these things has been a mass out-migration of Russia’s most productive citizens and their families, with more than a million leaving in the last few years. Many more have vowed to leave if Putin becomes president again.

The cure for this systemic and increasingly acute malaise is well known: modernization. Both Medvedev and Putin have uttered that word hundreds of times, but they have failed to embrace what it would mean in Russia: impartial courts, honest and competent bureaucracies, a truly uncensored press, free and fair elections at all levels of government, de-monopolization of key sectors of the economy and a reduction of state control of the economy.

In other words, to truly embrace modernization, Putin would have to dismantle the very institutions and traditions he set up ― a most unlikely eventuality. Yet, with its continuity now assured and normal channels of political feedback and change stifled, discontent is certain to acquire more dangerous street forms.

The United States must prepare for all manner of destabilizing developments in the world’s other nuclear superpower. We should also be ready for greater truculence in Russia’s relations with the West and greater assertiveness with regard to the former Soviet republics, which it still considers part of its “sphere of influence.”

The U.S. and its allies are likely, once again, to be exposed to Putin’s harangues and to policies informed by his profound mistrust of the West and his perennial theatrical overreactions to perceived slights. Moscow’s cooperation on Afghanistan is likely to continue, because a Taliban victory would not be in Russia’s strategic interest. But no progress should be expected on the European missile defense, Putin’s bete noir, while the modest progress that has been made in enlisting Russian support of sanctions on Iran might be halted or even reversed.

Over the last few years, the U.S. goal with regard to Russia has been to try to reset relations. To the extent that success requires at least some confluence of values between the two political systems, that objective now seems almost impossibly distant. Russia is entering rough waters, and the world will feel the turbulence.

Leon Aron is director of Russian studies at the American Enterprise Institute. ― Ed.