As part of the Korean Wave, K-pop has enjoyed considerable commercial success outside of South Korea. Groups such as KARA and Girls’ Generation have made major inroads in Japan and other Asian countries, with the latter selling 232,000 copies of their first Japanese album to top the charts. In Europe, K-pop made the news in June when a concert in Paris by Korean record company SM Entertainment sold out in just 15 minutes.

But despite K-pop’s increasing global appeal, comparable commercial success in the holy grail of markets, the U.S., has so far proved elusive. Attempts by BoA and Wonder Girls, among others, to penetrate the American mainstream have produced underwhelming results. Some modest success by groups such as JYJ stateside has come at the expense of sacrificing defining elements of the genre. Despite the setbacks, fans and many within the industry remain confident of big things to come for K-pop in the most important market of them all.

YES: They said hip-hop would fail too

As in other countries, K-pop will be successful in the United States. In many ways, it is already a success story. You just have to look in the right places.

K-pop has already demonstrated a kind of success. The mainstream american music industry tends to measure this kind of success by profits and influence. Following two successful concerts in Paris, SM Entertainment will bring its most popular acts to New York City’s premier venue, Madison Square Garden, in October of this year. Earlier this year, SM Entertainment’s founder and former chairman, Lee Soo-man, accepted an invitation by Stanford University to share his strategies with business students. Both events demonstrate that others recognize the economic and cultural impact of K-pop.

However, the real success of K-pop in the United States can be measured by its popularity, which isn’t always recognized by mainstream outlets. To gauge this success, one needs turn to the Internet. Unlike their Asian counterparts, most American fans have little direct access to K-pop via their televisions and local music stores. They turn to the internet, and in impressive numbers. Social media sites such as Facebook are filled with pages devoted to K-pop solo artists and groups. YouTube represents an even more significant sign of K-pop’s popularity. Several videos by K-pop artists such as Wonder Girls, Super Junior, SNSD, SHINee and Big Bang have received more than 10 million views.

Such popularity may be more valuable than a position on a chart or music sales. Korean entertainment agencies know the value of name recognition, which can be transferred to brand recognition in the United States. K-pop artists are not just singers and dancers. They endorse a range of products. The more recognizable they are, the more recognition they bring to the products they endorse. The average person may not recognize Yunho and Changmin from the K-pop group TVXQ! But Lacoste, the high-end apparel company, understands their popularity enough to organize their well-attended store appearance during Fashion Week in New York City just last month.

Moreover, K-pop will continue to succeed in the United States because, in important ways, Americans already know K-pop. It is not entirely foreign to them. The majority of the groups and artists riding the Korean Wave draw on American popular music, especially R&B and soul. American producers regularly work with Korean producers on K-pop songs. At the end of the day, it is good music that people like to listen to. American fans are drawn to K-pop because these much beloved musical traditions are almost completely absent from the mainstream music scene. As a result, K-pop appeals to a range of generations, not just teenaged fans in the United States.

At the same time, American fans look to K-pop for something different than what the current music scene provides. Unlike American acts like Justin Timberlake and NSYNC, K-pop groups feature elements of Korean culture. American fans like the fact that K-pop songs feature both English and Korean lyrics. Other unique aspects of the Korean idol system are key to the success of K-pop as well. Idols are expected to make public appearances, endorse products, participate in fashion shoots, conduct interviews and appear on Korean television shows and the radio. This ensures that fans see and hear from their idols. Often. American pop idols may do a television appearance here, do an interview there, but nothing like the saturation that occurs with a K-pop group or artist.

K-pop culture also uses television shows and behind-the-scenes footage to encourage interaction between fans and idols, which is key to K-pop’s success around the world. Such shows are readily available via the Internet. Some of the appeal of SHINee, one of the groups featured SM Entertainment’s New York City show, can be traced directly to their appearance on Hello Baby. This Korean television program tasks the young members of this all-male group to care for a toddler, while also conducting their group activities. Now that’s entertainment you don’t see every day on American television! K-pop’s unique culture creates an atmosphere between fans and idols that is missing from the American pop scene. American fans are drawn to that dynamic.

Like K-pop, people were skeptical about the success of another underground music scene in the United States. It was called hip-hop. We know how that turned out. 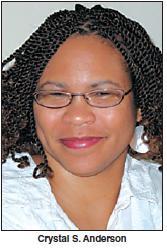 Crystal S. Anderson is an assistant chief editor and editorial writer for hellokpop.com and associate professor of English at Elon University in North Carolina. ― Ed.

No: America has seen it all before

Looking at the stream of news in the past year from Korean media, the impression one gets is that hallyu has “made it.” Artists are selling out concerts left and right, being among the first to place high up on foreign music charts, appearing on coveted Japanese television programs.

While there is no doubt that Korea has much to boast about regarding its cultural exports, K-pop making it in America doesn’t seem to be the next thing hallyu can cross off on its “to dominate” checklist.

It’s not for the lack of trying. Some big-name artists have made American debuts (BoA, Se7en), others are chugging along (Wonder Girls, JYJ), and several are taking their shots in the near future (2NE1, RaNia). However, none of these ventures are anything to write home about, despite the thunderous excitement and constant over-hyping from the Korean media. The press seems to believe that every export to America will become the next defining hallyu product that places Korea on the global pop map.

The reality is a tad underwhelming.

K-pop has a tough time making it in America because it strives to differentiate itself from its American counterpart, but at the same time, looks and sounds too much like it. American audiences aren’t interested in consuming a distilled version of their own pop.

Korean entertainment companies are keen on debuting boy or girl groups because they have historically been the biggest money-makers in Korea, but those entities have long passed their expiration dates in America. Crazy outfits, controversial concepts, boundary-pushing content ― America will take. But a bunch of boys and girls singing, dancing and dressing in-sync? Not so much.

American listeners crave the authentic. The journeys artists go through in order to debut in the Korean music scene would qualify as manufactured and inorganic to American audiences. The idea of dozens upon dozens of apprentice performers under each major label going through years of training, learning from the same set of vocal and dance instructors wouldn’t sit well with an American audience that craves natural talent. The bubbliest of bubblegum American pop is currently derided as manufactured, yet even so, the careers of these pop stars are not as filtered and censored as those of Korean pop idols.

However, American audiences are willing to overlook the factory-sheen of an idol if he or she puts out great material and offers something fresh to the pop landscape. There are talented artists in mainstream K-pop, but none of them as radical and outlandish as America would like.

Take sexuality. There is an emphasis on the cute and innocent in Korea, which would be unfit for American consumption. Sex sells everywhere, but Korea’s brand of sexy is vastly different than America’s. Even Korea’s hottest acts that rely on some variance of sex appeal are unwilling to tiptoe too far past the lines that government organizations impose.

The Fair Trade Commission’s regulations on what’s acceptable sexuality and what’s not are notoriously rigid. A song banned by the FTC results in an instant cessation in any promotion for a title track, so it’s better to play it safe than to risk a ban. As a result, there isn’t too much ambition to amp up sexuality, and that will actually hurt K-pop’s chances of making it in America.

K-pop’s biggest obstacle in making it in America is one that artists and entertainment companies have very little control over, and that is the American audiences’ perception of foreign talent and how far their foreignness strays from the idea of being American. Artists and performers of color, born and raised in America, have a hard time becoming part of the mainstream. For non-white foreigners, the task is even more daunting.

Language barrier is a crucial key to navigating the American market, and it’s not enough that K-pop acts know only enough English to recite information on their career, hobbies, and favorite Korean dishes. Lack of fluency perpetuates the foreigner stereotype. The more K-pop artists have to promote in America, the more interviews they’re going to give, and their lack of fluency will catch up with them. It will prevent them from gaining American fans.

Korean entertainment companies are doing a lot of preparation for their artists’ debuts in America. But anybody who has kept up with the debuts can see that none of the artists are making a lasting impression on the American audience. Korean artists are still the foreigners, and musically, they’re not giving American audiences what they haven’t already seen.

The combination of an unimpressive product and a dismissive market means that Korean companies will have to keep improving all facets of their artists before they attempt again and again to break into the American market. 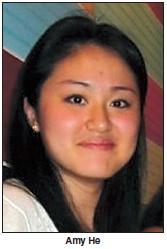 Amy He is the managing editor of Seoulbeats.com. ― Ed.