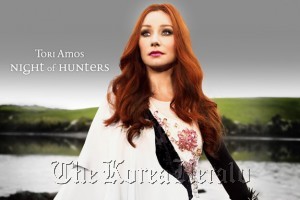 Tori Amos has established herself as an unmistakable musical presence with a distinctive voice, her powerful piano playing and a penchant for lyrics that can be a bit, well, confounding. “Night of Hunters” is packed with those piercing Amos vocals, her dominating piano and a fair share of head-scratching lyrics, this time around a classically inspired theme of reinvention.

“Hunters” is Amos‘ first release on the Berlin-based classical record label Deutsche Grammophon, and there are clear classical, even operatic influences, from sweeping strings and reedy woodwinds to back Amos’ gripping piano (“Nautical Twilight,” “Your Ghost,” “Seven Sisters.”) It‘s a beautifully composed album that highlights Amos’ classical training and her fierce intensity as a musician and songwriter. But long gone are the pointedly poignant, and accessible, lyrics of her earlier work.

Amos has said the album uses the structure of a classical song cycle to tell the story of one life-changing night in the life of a woman who is at the end of a relationship. The album allows the listener to “follow her on a journey to explore complex musical and emotional subject matter,” Amos says. (AP)

Bennett reaches out to new generation 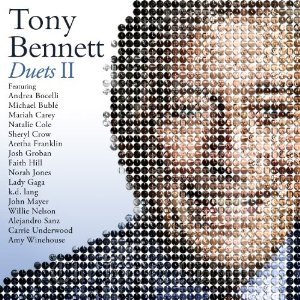 Tony Bennett is as timeless as the songs he sings on “Duets II,” which should put him back on the charts for a remarkable seventh straight decade. His 2006 Grammy-winning “Duets: An American Classic” was weighted toward baby boomer superstars (Barbra Streisand, Paul McCartney, Elton John, Stevie Wonder), but its sequel finds him reaching out to a new generation of singers: Lady Gaga, Carrie Underwood, John Mayer and Amy Winehouse in her last studio recording, with more moments of spontaneity.

Bennett wisely does not treat the Great American Songbook as a museum piece, which serves him well on the opening duet with a flirtatious Gaga on the Rodgers and Hart tune “The Lady Is a Tramp,” with a brassy big band swing arrangement. Bennett chuckles as a sassy Gaga alters the lyrics (“This chick is a tramp”), affects a Brooklyn accent, throws in updated references to the Yankees, and even scats briefly, but in the end she leaves no doubt about her impressive vocal chops.

The mood turns somber on “Body and Soul,” a poignant ballad Winehouse recorded with Bennett in London just four months before her death.

The soul revivalist reveals her roots as a jazz singer influenced by Billie Holiday and Dinah Washington, her warm voice expressing pain mixed with beauty as she glides through and stretches her lines. (AP) 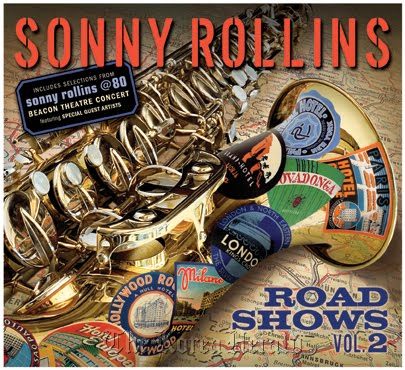 Tenor saxophonist Sonny Rollins remains an irresistible force of nature who is best heard in live concert settings where his exuberant, impassioned solos can blow an audience away. “Road Shows, Vol. 2,” which consists of tracks recorded at concerts in Japan and from Rollins‘ September 2010 80th birthday concert in New York, finds the jazz legend upping his game, pushed by guest soloists, trumpeter Roy Hargrove and alto saxophonist and free jazz visionary Ornette Coleman.

Rollins uses a familiar standard as a launching pad for his elongated, inventive improvisations on the opening track, an uptempo version of Irving Berlin’s “They Say It‘s Wonderful.” He is supported by one of his tightest touring bands of recent years, trading licks with the young drummer Kobie Watkins and guitarist Russell Malone. Rollins sits out the next track, a subdued take on “In a Sentimental Mood,” performed by guitarist Jim Hall, his partner on the 1962 album, “The Bridge.”

The album’s centerpiece is the nearly 22-minute blues “Sonnymoon For Two,” marking the first time longtime friends Rollins and Coleman have performed together in public.

It begins with Rollins stretching out with bassist Christian McBride and fellow octogenarian, drummer Roy Haynes, in the piano-less trio format the saxophonist favored on some of his classic, late 1950s albums. (AP)