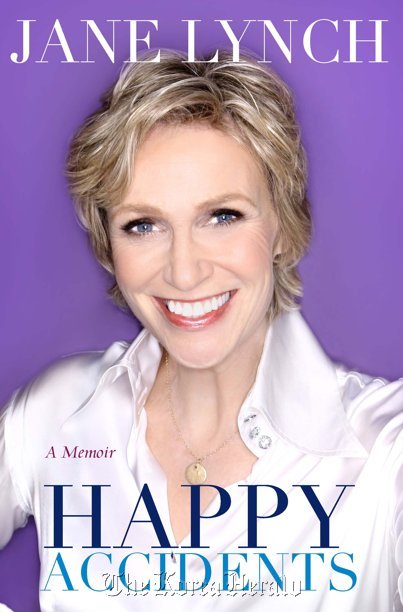 Unlike the conniving, feisty -- and hilarious -- character on megahit “Glee” that has catapulted her to fame, Jane Lynch does have a heart. The deliciously evil Sue Sylvester’s voice is drowned out by Lynch’s heartfelt and hilarious forthrightness in her new memoir, “Happy Accidents.”

Lynch took a long, varied path to stardom on “Glee” -- her biggest role to date -- and recalls her struggles and triumphs.

From hawking electronic flea collars on the graveyard shift of a home-shopping television network to playing Carol Brady in a live rendition of the Brady Bunch, Lynch has done it all. Now she‘s the winner of a Golden Globe and Emmy for her role on the Fox TV series, and was selected as host of this year’s Emmy Awards.

Her road to fame was bumpy, including moving back in with her parents at 25, struggling with her sexuality, battling alcohol addiction and later, having a tough time finding steady acting work and love.

Lynch takes her challenges in stride in the memoir, which sheds new light on one of TV’s biggest stars. Lynch delights in recounting her past, even when the topics are tough -- her body, her alcoholism, her sexuality. Everything she’s experienced in life she considers a “happy accident” and this glass-half-full optimism fuels her book.

She knew from a young age growing up on Chicago‘s South Side that acting was her destiny. She tried to map her way, even writing to Vicki Lawrence and asking to be cast on her show.

But, Lynch writes, despite all her mapping and planning, “Providence was able to sneak in there and lead me to exactly where I needed to be next.” That includes her chance encounters with director Christopher Guest that led to her first big break as a tough, no-nonsense lesbian dog trainer in his movie “Best in Show.”

Anyone reading the book will know where Lynch is now -- playing one of the most delightfully mean, naughty and amusing characters on television.

But attention “Glee” fans: The TV show craze that truly launches Lynch to stardom appears in the last third of the book. So stop whining, as Sue Sylvester would say. There’s a lot more to Lynch than insults and tracksuits. (AP)

Light From a Distant Star: a Novel
By Mary McGarry Morris 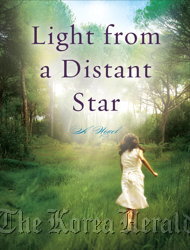 The spirit of Scout Finch flickers in the small town of Springvale, where 13-year-old Nellie Peck -- hobbled by thick glasses, a growth spurt and a family threatening to unravel -- is teetering into adolescence.

Nellie, the precocious central figure in Mary McGarry Morris’ new novel, “Light From a Distant Star,” prides herself on her keen ability to read other people, worships her intellectual, high-minded father, and studies the hand-to-hand combat techniques from an old World War II manual. But all of that is challenged during a long, languid summer when the gaps between perception and reality start to become achingly clear.

“Into her thoughts came one of those conversations a kid half listens to but doesn’t quite get, the tangled strands now suddenly making sense,” reads a passage where Nellie realizes “the difference between literal truth and ideal truth.”

During those hot days, the fabric of Nellie’s family -- already faltering from financial troubles and her older sister’s search for her “real” father -- is torn further by unexpected and ugly violence. And Nellie‘s own moral fiber is put to the test as she struggles to do the right thing, while those around her ignore her cries for help.

Morris’ finely crafted prose -- simple and lyrical -- captures perfectly that sliver of pre-adolescence when the very world around us seems to shudder and shift, when the adults we admire suddenly reveal their flaws, and everything we treasure seems to be slipping away.

“But what she felt most keenly in the cavelike closeness of the snow-covered car was the great expanse between them,” Nellie thinks, as she starts to see her father in a new light. “The one fixed point in her life, and he was a blur. If she hadn‘t known her own father, who then could she know?”

The journey of Nellie, smart, independent and unwilling to bend, into being a traditional girl, recalls the central thread of “To Kill a Mockingbird,” where violence and tragedy also propel Scout Finch into a deeper understanding of human nature.

But unlike that book, in which Atticus Finch forms an unassailable center of honor and integrity, “Light From a Distant Star” portrays a muddled adult world, where honor can often hide weakness, success can mask cruelty, and even heroes can harbor dark impulses.

Morris, author of “A Dangerous Woman” and “Songs in Ordinary Time,” nimbly laces her latest novel with a growing sense of dread, hinting at the awfulness that is about to enter the lives of Nellie and her fragile family. But is that awfulness the violence itself, the aftermath, or simply the terrible knowledge that comes when all veneers are stripped away?

The lessons of “Light From a Distant Star” may not be as uplifting as the clearly drawn morality of Harper Lee’s classic, but Nellie Peck‘s stubborn belief in the goodness of a fellow human being offers a much-needed counterpoint to our culture of cynicism and moral muddiness. (AP)