Yu Woo-ik, 61, former ambassador to China, mapped out several of President Lee Myung-bak’s major policies. He was the first chief of staff under the Lee administration in 2008.

Yu is said to have designed the grand canal plan, which later became the controversial four-river refurbishment project.

Yu has reportedly maintained dialogue with North Korea since retiring as South Korea’s ambassador to China in May, and has been willing to be involved in inter-Korean affairs. He stepped down as presidential chief of staff in June 2008 due to the uproar over Seoul’s decision to resume U.S. beef imports.

A Seoul National University graduate and geology professor at the school, Yu is the first Asian to head the International Geographic Union. 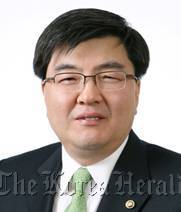 Rim Che-min, 53, minister of the Prime Minister’s Office, is one of the most recognized economic bureaucrats under the Lee Myung-bak government.

After entering officialdom in 1980, he built his career at economy-related ministries.

He has played an important role in establishing the Ministry of Knowledge Economy and is credited for designing some key economic agendas such as the World Best Software project, research and development innovation strategy and new growth engine development plans under the Lee administration.

Rim also co-heads a recently-established task force to clean up the aftermath of the savings bank fiasco. 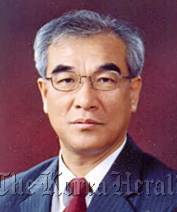 Choe Kwang-shik, 58, head of the Cultural Heritage Administration and former chief of the National Museum of Korea, is one of the most acknowledged historians here. If confirmed, he will be the first person to have served both positions and climbed all the way up to the top of his field.

Choe was recognized for a spate of successful events including hosting the banquet for the G20 Seoul Summit in last November.

As a devout Buddhist, he also has reportedly contributed to thawing the icy relationship between Christian Lee’s administration and Buddhists.

The Korea University graduate had been a professor of the university before entering into the public administration.

Kim Kum-lae, 59, a ruling Grand National Party lawmaker elected by proportional representation, is an expert on policies for women.

She served as head of the female policy department for President Lee Myung-bak during his candidacy. Her study for her master’s on the role of women’s rights activists in the formation of female policies is highly praised in the field.

A graduate of Ewha Womans University, Kim worked at a series of women’s rights organizations since 1982 and served as the secretary general of the Korean National Council of Women, an umbrella organization of various women’s rights groups, before becoming a politician.

She is a member of the parliamentary committee on women and family affairs as well as the health and welfare committee.