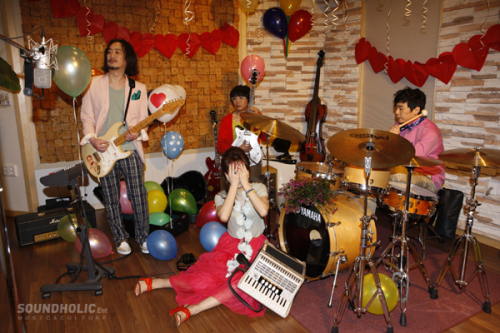 Rock band Jaurim, led by vocalist Kim Yoon-ah, released an eighth album “Conspiracy Theory” on Aug. 18, three years after “Ruby, Sapphire, Diamond” in 2008. With the album release, the band announced on its homepage, Twitter and Facebook that there will be hidden signs on its album cover serving as hints for solving a “conspiracy.”

The “secret bulletin” on the homepage will be shown only to those who type in correct answers, which can be derived from those hidden signs. Jaurim made a comeback through the MBC reality show “I Am a Singer.” The 11-track album starts with “Happy Day,” written by Kim. She said that the song was composed based on her perspective on living and that she wants every person to have a happy life despite facing death in the end.

“Idol” hopes that not only teenagers and those in their 20s but people in all age groups can find something that they could fall in love with and help them overcome brutal reality.