Love in the turbulent 80s 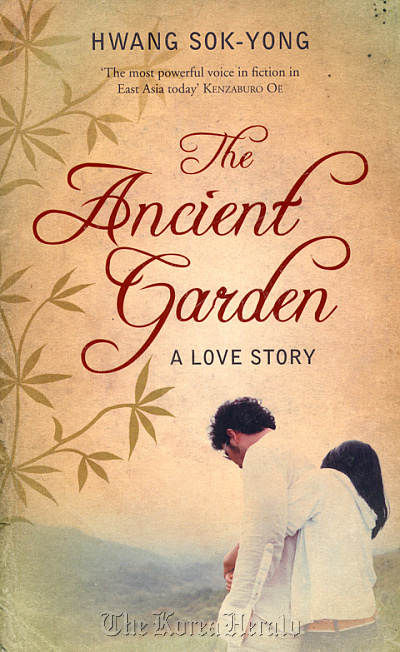 The Ancient Garden: A Love Story

While undergoing intense industrialization and economic development, Korea had a turbulent political landscape in the 1980s. Many civilians in Gwangju, in particular, stood up against former president Chun Doo-hwan’s military coup d’etat and his reign. The Gwangju uprising, which started with student demonstrations against Chun’s control over the city, is widely perceived as the landmark in the struggle for democracy in Korea.

Author Hwang Sok-yong’s 2000 novel, “The Ancient Garden: A Love Story,” ― which he published after many years in exile and five years in prison ― is a heart-wrenching tale of a couple who met during the turbulent 1980s surrounding the Gwangju uprising.

The story begins as its protagonist Oh Hyun-woo, who is just released from prison after serving 17 years for his political activities against the military government in the 1980s, tries to reunite with the woman he had fallen in love with before being imprisoned.

In 1980, Oh was openly wanted by the police after his involvement in the Gwangju uprising. While avoiding the police by travelling in the countryside, he ran into Han Yoon-hee, a school teacher who offered to let him hide in her home. The two fell in love, and lived together for a few months before Oh got arrested.

Soon after his release from prison, Oh is told that Han is no longer alive. He visits the house in the country town where he’d lived with Han, and is surprised at how everything is kept as it was 17 years ago. There, Oh finds Han’s diaries which unfold both surprising and touching accounts of what the two shared in the times of political upheaval.

Apart from being a poignant love story, the novel is a beautiful and painstaking record of the particular Korean generation who dreamt of Utopia while sacrificing their personal happiness for what they envisioned as the better and just world. Han’s life after losing Oh, as depicted in her diary, is filled with passion and ceaseless hope, while inevitably affected by the political climate of the period.

The novel’s film adaptation, directed by Im Sang-soo, was released in 2006. Starring Yeom Jeong-ah and Ji Jin-hee, the film was premiered at San Sebastian International Film Festival in the same year.

Hwang, who is considered as one of Korea’s most acclaimed authors of modern times, is also known for his political involvement in the 1980s against the military government.

He participated in the Gwangju Democratization movement in 1980, and visited Pyongyang in 1989 after being invited by the Literature and Art Union of North Korea. He took an exile to the U.S. and Germany right after, until his return to Seoul in 1993. Upon his return, Hwang was imprisoned for violating national security law.

He was released in 1998, and published “The Ancient Garden: A Love Story” in 2000. Having written some of the most important literary works of modern Korea, including “The Guest” and “Janggilsan,” Hwang’s works have been translated into many foreign languages, including English, Japanese, Chinese and French.