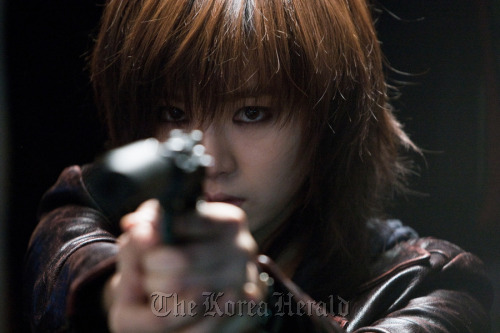 Drama. Action. Directed by Lee Hyun-seung. Doo-heon (Song Kang-ho), once a legendary figure in Busan’s organized crime scene, now wants to live a quiet life while hoping to run a restaurant of his own. One day, he meets Sebin (Shin Se-kyung), a daring and spunky young girl in his cooking class. She is a secret agent and a former shooting champion, who is hired to kill Doo-heon. As she gets to know Doo-heon, who surprisingly turns out to be warm-hearted and considerate, Sebin finds herself not wanting to complete her mission.


The Day He Arrives (Korea) 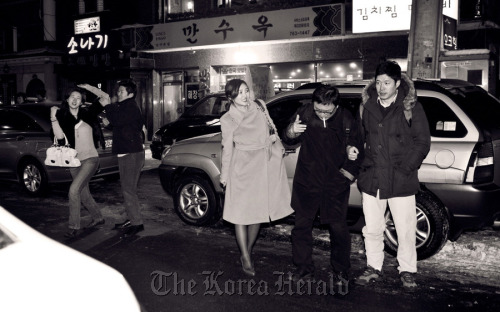 Drama. Directed by Hong Sang-soo. Seong-jun, (Yoo Jun-sang) an ex-filmmaker who now teaches cinema studies in Daegu, visits Seoul to meet up with his long-time pal and film critic, Young-ho (Kim Sang-jung). When Young-ho does not answer his call, Seong-jun strolls down the street of Bukchon, the artsy district of Seoul famous for its traditional Korean-style houses along with galleries and cafes. He runs into an actress acquaintance, and ends up drinking with a group of film students who know little of his works. Drunk and sentimental, he then spontaneously visits his ex-girlfriend Kyung-jin (Kim Bo-kyung), and weeps pathetically while telling her she is the only true love of his life. Kyung-jin, who is reluctant at first, gives in and lets him stay the night. Whether it’s the next day or some other day, Seong-jun is once again in Bukchon, where a series of random coincidences await him. 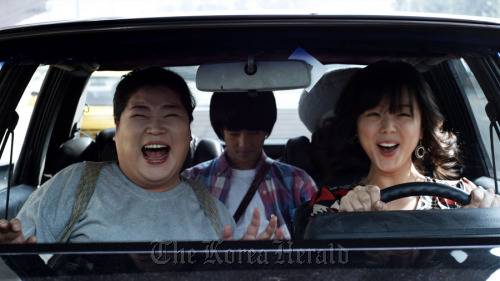 Drama. Directed by Yoon Tae-sik. Jin-ee (Kim Jin-ee), a young barmaid finds herself pregnant by her boyfriend who is no longer interested in her. Feeling upset and betrayed, she drives her car at high speed and unintentionally hits a teenage boy. The boy (Jeon Ji-hwan) turns out to be visually impaired, and asks Jin-ee to take him to random places instead of a hospital. On their way to the destination, a large woman runs into the car in hopes of killing herself. 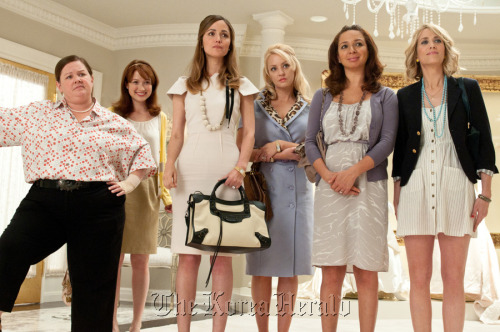 Comedy. Directed by Paul Feig. Annie, (Kristen Wiig) whose bakery business has just failed, is having a hard time thanks to annoying roommates and an unfulfilling love life. While living a life of misery, her life-long best friend Lillian (Maya Rudolf) gets engaged and asks Annie to be her maid of honor. Annie accepts, and meets her fellow bridesmaids at the engagement party: wealthy, beautiful but shallow Helen (Rose Bryne), Lillian’s sexy but blunt cousin Rita (Wendi McLendon-Covey), Becca (Ellie Kemper) who loves to talk, and shameless Megan (Melissa McCarthy). As the women get together and share their ideas for Lillian’s wedding, they realize they all have very different visions. Annie particularly spats with Helen -- who objects to everything Annie suggests for the upcoming wedding -- and her friendship with Lillian. 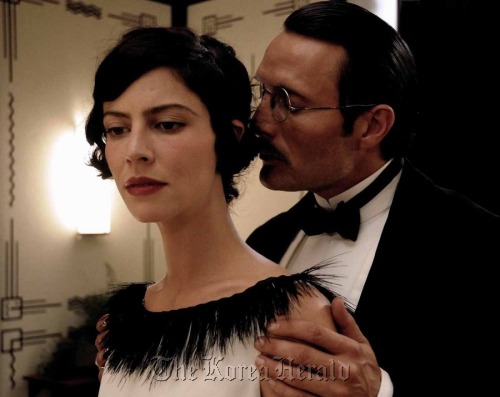 Drama. Directed by Jan Kounen. In 1913, Coco Chanel (Anna Mouglalis) attends Igor Stravinsky (Mads Mikkelsen)’s first performance of “The Rite of Spring” in Paris. The piece receives slashing criticism for its musical dissonance and shocking choreography, but Chanel finds herself being attracted to his music and talent regardless. In 1917, Stravinsky and his family decide to stay in Paris to avoid the Russian Revolution. Chanel invites Stravinsky, along with his wife and children, to live in her Paris mansion. The designer and the composer soon begin an affair. Stravinsky’s wife leaves the house, with much bitterness and sense of betrayal, after she finds out her husband has been unfaithful. Inspired by the artistic spirits of one another, Chanel and Stravinsky start to work on their next projects -- including the legendary Chanel No. 5.