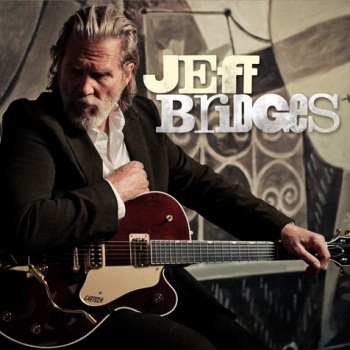 If Bad Blake, the boozy country singer Jeff Bridges played in 2009’s “Crazy Heart,” could make albums, he may have made something like “Jeff Bridges.” The actor’s self-titled album is decidedly country, at once sad and hopeful, laced with heartfelt harmonies and slide guitars.

Perhaps inspired by the movie and certainly made possible by his Oscar win, Bridges sought out his longtime friend (and “Crazy Heart” songwriter and producer) T Bone Burnett to produce the 10-song collection, which features tracks penned by other contributors to the film. Bridges wrote two of the songs himself and co-wrote another with Burnett.

The actor’s two self-penned tracks, “Falling Short” and Tumbling Vine,” are among the album’s most haunting and contemplative, as the 61-year-old sings about what it means to be alive. He continues that theme on “Slow Boat,” the song he wrote with Burnett, and throughout the CD. “If it’s as bad or good as it can get, well, you ain’t seen nothing yet,” he sings on one track. “I wasn’t born to be standing still long,” he sings on another.