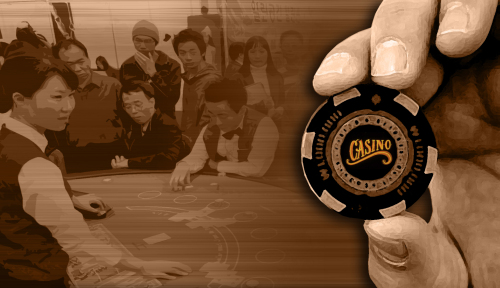 Gambling and the law

Gambling in Korea is in principle illegal, falling under articles 246 and 247 of the Criminal Act. There are exceptions to these laws, however, including the two national lotteries Lotto and Toto, horse, motor and cycle racing and casinos. While the country has 17 legally operated casinos, just one of these, Kangwon Land in a remote mining area of Gangwon province, permits entry to Korean citizens. The rest are foreigner-only, established to attract overseas tourists to the country. Not only are all but one of Korea’s casinos closed to locals, but the rest of the world’s are too ― it is crime for a Korean citizen to gamble in any overseas casino.

But more liberal gambling laws could be on the horizon. Minister of Culture, Sports and Tourism Choung Byoung-gug last month announced his intention to allow Koreans to enter foreigner-only casinos in the country. Choung called it an absurdity to permit foreigners to do something off limits to Koreans, and cited the need to stop gamblers taking their money overseas as reasons for why the law should be liberalized. Making favorable references to Las Vegas, Choung insisted the move could lead to spin-off industries aside from casinos and greater economic activity. But the announcement met with some backlash, with one local newspaper editorial warning: “Lifting the casino ban may bring about catastrophic consequences to the nation, not to mention gambling addicts.”


Yes: Korea should be in step with the world

By Kim Do-gon
Recently, the question of whether to allow locals access to foreigner-only casinos has been raised in the media. As of now, Kangwon Land is the only place in Korea that allows access to Korean citizens. All other casinos in Korea ― three in Seoul, two in Busan, 8 in Jeju and one in Incheon, Daegu and Sokcho ― forbid access to locals. Currently, Korea and Monaco are the only two countries that only restrict access to locals.

Most jurisdictions, including Macau and Las Vegas, home to many major casinos, do not distinguish between locals and foreigners when it comes to access.

The casino industry has grown to be a major engine of the tourism service industry. Korea should allow local citizens access to casinos. However, it would be necessary to ensure that potential social problems are addressed by implementing effective controls. Considering the negative impact on some, allowing local access during limited hours and in specific areas are two of the many ways to address this issue. But as a proverb runs, “If you don’t make mistakes, you don’t make anything.” Casinos should not be considered in solely negative terms. Casino should be understood as the central axis of the tourism industry now and for the foreseeable future.

Large numbers of Chinese tourists now visit Korea. However, the specific policies and plans to attract Chinese tourists are insufficient. Restrictions on visas for Jeju Island have eased considerably, but South Korea still lacks the leisure culture to attract tourists.

The first reason why foreigner-only casinos should allow local customers is that it would curtail the flight of foreign currency for gambling abroad. Some studies suggest that Koreans have spent billions of dollars on casino gambling and golf abroad. Second, it would deter illegal business such as online gambling, and ensure that casinos move within the confines of the system.

Let’s take the example of Singapore. The Singapore Government seriously considered prohibiting locals from casinos, but finally decided against it. A parliamentary report on allowing locals to gamble outlined the rationale for legalization and five measures to regulate the industry:

“We seriously considered banning Singaporeans altogether from gambling in the IRs, but decided against it. This is because there is no reason to exclude locals who can afford to gamble and would otherwise just go elsewhere. Further, some Singaporeans feel strongly against such discrimination against locals. The operators also told us that they need some local business, although they know that this cannot be their main market. However, we will put in place comprehensive measures to minimize the social impact of casino gambling.

First, we will restrict the admission of locals. We studied many alternative ways to do this, and finally decided to use price, and charge a high entrance fee, $100 per day or $2,000 a year. This will apply only to Singaporeans and permanent residents.

Second, we will implement a system of exclusion. Those in financial distress, or receiving social assistance, will not be allowed entry. Singaporeans can also exclude themselves or close family members.

Third, the casinos will not be allowed to extend credit to locals, so as to make it harder for them to lose more than they can afford.

Fourth, we will make sure that some social good comes out of the gambling at the IRs. For other forms of gambling like horse racing, Toto and 4D, the profits are channeled to the Totalisator Board, which uses the money for charitable and worthy causes. For the IRs, we will similarly channel revenue collected from the entrance fee to the Totalisator Board for charitable purposes.

Fifth, we will set up a national framework to address problem gambling. This will include a National Council on Gambling, and also programmers to counsel and treat problem and pathological gamblers.”

Kim Do-gon is director of the public relations department at GKL. ― Ed.


No: A bigger industry will mean more addicts

Rev. Kim Kyu-ho
The infamous gambling scandal “Ocean’s story” swept Korea in 2006, but the gale has not stopped yet. Actually, the cause of “Ocean’s story” was not a few illegal gambling business operators, but the Korean government not considering all the harmful effects of legalized gambling such as casinos, horse racing, bike racing, boat racing, Sports Toto and lottery tickets.

The National Gaming Control Commission was established in 2007, but it has no actual power to control gambling industries; all it can do is suggest to those gambling businesses to set some regulations to prevent gambling addiction. “Ocean’s story” is now being forgotten, and both the legal and illegal gambling industries are laughing at the NGCC. They are expanding quickly and the harmful effects that follow are growing as well.

Based on the NGCC’s 2009 report, Korea’s rate of gambling addiction is 6.1 percent of the whole population, about 3,000,000, people. This rate is up to triple that of advanced countries such as the U.S., Australia, and Canada.

Gambling addicts have lost all of their possessions, become homeless or committed suicide. Also, their families have become the poor of society and are suffering.

The six government operated gambling businesses’ total profit in 2009 was 16.5 trillion won, up 10 percent on the previous year, and quadruple 1999’s profit. As the profit has increased, the harmful effects of the gambling have increased.

Since there is no safety net to prevent gambling addiction, we should not allow the expansion of the gambling industry. Jeju’s ice-sports racing, Jeonbuk’s local-allowed casino and Damyang’s horse racing are among the new industries being proposed. However, as we have seen with Kangwon Land’s situation, legalizing more gambling industries will cause more suicides and bankruptcies.

Last month, Choung Byoung-gug, the Minister of Culture, Sports, and Tourism, said he would seek to liberalize the law to allow locals into the casinos, causing a stir throughout society. Foreigner-only casinos all have deficits and what those casinos are saying is that by allowing locals, their deficits can be recovered. On the surface, it may look like a good business plan to attract more tourists (both locals and foreigners), but the truth is to guarantee the casino business owners’ business rights and lead our citizens to fall into gambling addiction. As a person who is supposed to protect citizen’s possessions and lives, the minister has forgotten his role.

The NGCC has accepted some demands of civic groups and the “Electric Card System” is now in its trial period. The ECS is a groundbreaking system that anyone who gambles must possess in order to record number of casinos visited and amount of money bet. By monitoring this system, a person will be banned from casinos if he or she goes too often or bets too much money. Also, this system has the card owner’s fingerprint to prevent counterfeit cards. However, the trial system cards can be made anonymous and only people who wish to have the card get the card, so this trial system is not complete and not enough to prevent gambling addiction. Therefore, it is necessary for the ECS system to be improved.

The only local-accessible casino, Kangwon Land, has barely any system to prevent gambling addiction because it wants to increase its profits. Kangwon Land is preventing civic groups who are willing to help gambling addicted people at its casino site, and they do not pay any attention to the access of addicted people. It increased the maximum bet to 15,000,000 won from 6,000,000 won, doesn’t stop banned people from entering, allows people go over the betting amount, and works as a private loan agency.

Under these circumstances, allowing locals access to foreigner-only casinos will lead to more gambling addicts. The expansion of gambling industries may promote tourism, increase tax revenues, help job creation and vitalize local economies. But we must consider the harmful effects of the expansion of the casino industry, such as losing the true meaning of labor, destruction of families, and murders and robbery to raise money to gamble with. Therefore, we should not allow the expansion of the gambling industry, and until the rate of gambling addiction falls lower than that of advanced countries, we should have safety devices to prevent gambling addiction.