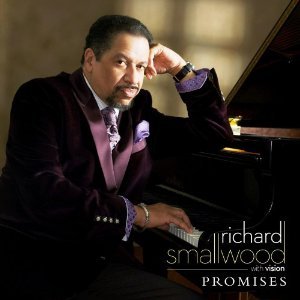 The death of Richard Smallwood’s mother in 2005 left him so distraught that the Stellar- and Dove Award-winning artist lost the inspiration to write a song for four years.

But Smallwood found motivation after watching a news telecast that highlighted many of the world’s problems. As a result, he wanted to show people that there is still hope, and that led him to produce his latest album, “Promises,” which features his choir ensemble, Vision.

His belief that anyone can overcome life’s obstacles is the driving force on his 12th album. He divinely informs listeners on how to battle through the process of mourning on his first single, “Trust Me.”

On “Is There Any Way?” Smallwood pays homage to his mentor, singer Walter Hawkins, who died from pancreatic cancer this year. The touching track is a rendition of Hawkins’ 1984 single.

The longtime music director and pianist also revives his magical moments with Vision. Some of the best songs are the slow-paced “Be Faithful’’ and “Unbroken Promises,’’ along with the upbeat “I’m Forgiven.’’