Should the abortion law be liberalized? 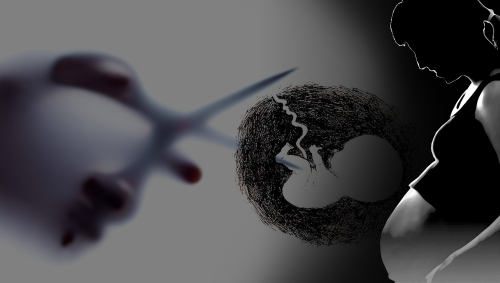 A common practice outside the law

Abortion in South Korea is illegal in most circumstances, with only a limited number of exceptions listed under 1973’s Maternal and Child Health and the Mother and Fatherless Child Health Acts. An abortion may legally be performed if either parent has a eugenic, hereditary or communicable disease; the pregnancy is the result of rape or incest; or if continuing the pregnancy could harm the mother’s health.

Despite such restrictions, the law is rarely enforced and abortions here are common by international standards. Estimates put the number of abortions carried out in 2005, the last year for which figures are available, at more than 340,000 ― a figure equivalent to 80 percent of the number of births for that year. A report by the National Assembly put the number as high 1.5 million. Moreover, it is estimated that just 4 percent of those abortions met the criteria defined under the 1973 law.

While a hot-button issue in many other countries, abortion has rarely been part of the national discussion in Korea. This status quo has been challenged since Lee Myung-bak entered office, with the administration indicating its intention to enforce the law, and the formation of a group of pro-life doctors, GYNOB. On the other side of the debate, women’s groups and academics such as Yonsei University medical law and ethics professor Kim So-yoon have called for the law to be liberalized. In July, a Ministry of Justice committee suggested that early-term abortion could be legalized. Public hearings on abortion proposals are scheduled to begin on Aug. 25.

Yes: Women shouldn’t be made criminals

By Jung Seul-ah
Do you remember last year’s “Abortion Accusation Political Situation” where women and doctors were reported to the police for having or carrying out abortions? The cost of abortions rose up to millions of won (thousands of dollars) as doctors charged more to cover potential legal costs and their competitors stopped operating; ex-boyfriends threatened pregnant women they’d report them to the police if they chose an abortion rather have their baby. Some women went abroad for an abortion, while others had the operation in shady clinics. But interest in the situation quickly cooled down. Abortion is still illegal in Korea. This can make a woman a criminal at any time.
Abortions had been carried out without much problem for the past few decades because abortion was partially allowed under 1973’s Mother and Child Health Law in order to lower the high birth rate, and also because obstetricians thought of abortion as their major source of income. As well as that, the public did not see it as a major issue. Last year, we came to the “Abortion Accusation Political Situation,” and now abortion is only considered an exacerbating factor in the low birth rate and the experiences and reasons of women who chose to abort are left floating in the air. The experience of these women does not have the protective boundary of the law nor is it discussed in public.

So, let’s talk again. To some, abortion is an illegal act by a person who could not control their sexual desire, and does not mind neglecting life, but to others, it is the painful choice of a person at a dead end, faced with lifelong guilt.

This year, something rare happened. When we at Womenlink posted the “World Must Know about Abortion” on the main page of a portal site and said we needed interviewees, more than 10 women contacted us. Even after the final interview was done, I got a few more calls from women who had had abortions. It is hard to go over painful memories and share with others, but those women felt it is necessary to shout out to the world that it is unfair how women bear the full burden and become criminals. They said if their experiences could help change society, in which only women who have abortions are punished, they wanted to share their stories.

Then what made them choose abortion?

Some started crying when the interview started, some were angry about their painful memories and the current social order. Of course, these woman felt guilty and blamed their own irresponsibility. From the very first second of having a baby, a woman is placed on the other side of the fence. And at that moment, she tries to be happy with her decision to go through with the pregnancy, but unless she can be at peace with it, she may neglect the very child that she gave birth to.

The question for the women we spoke to that arose was: If I could go back again and make a choice, what would I do? There were two types of answers. Some would rather raise their child without reproach from society, even if the “single mom” tag would follow them always. Others said they would have an abortion again. They said that delivering a baby when not ready could not guarantee neither their nor the baby’s life. They also said that bearing a baby as a married woman held the risk of them losing their job. If a woman were to bear a baby as a single mom, her work’s treatment of her would be worse than just being fired. The government pays 120,000 won to single moms, but that cannot do much to guarantee their livelihood.

The prejudices and biases of our society plays a big role in women’s choices about abortion. Between a government that only sees women as the solution to the low birth rate, and people who do not respect women for bearing children, women cannot make any “good” choice. Whichever choice women make, they are criminals either legally or socially.

Whatever you imagine, abortion is not the same as your conception of it. But with their ideas of it, some judge women and interpret their experiences. But there is no choice that completely follows your intention from beginning to end. No woman wants an abortion. Asking them to be more morally responsible and making stronger policies to solve the low birth rate does not solve anything. The reasons women “stop” pregnancies are the cold stares directed at single moms, and anxiety about money and what their social position will be after childbirth. Anxiety about money and social position should be included as considerations in the permission of abortion. Education on birth control must also be provided more widely, as well as support from society so that abortion can be a “choice.” In order to reduce abortion, we need to have a reward for not choosing abortion first and make it legal.


No: The law acts as a necessary breakwater

From individuals to organizations, opinions on abortion are multifarious and the chasm between those opinions is wide.

However, no one disagrees that our country’s abortion rate is too high.

Of course, it is not an easy matter to solve, but everyone agrees that the abortion rate in our country should go down.

But how can we reduce the rate of abortion? Whether the law against abortion should be liberalized or the opposite is at the heart of the dispute today.

A criminal law was enacted in Korea in 1953 to prohibit abortion. That law, which saw a minor revision in 1955, stipulates that:

However, this abortion law was significantly weakened because of legislation passed in 1973 that allowed abortion as a means of population control.

The Mother-Child Health Act was passed in an emergency cabinet meeting held in 1973 under martial law.

Abortion under the following five conditions was legalized up to 28 weeks of gestation, resulting in abortion practices more easily accessible by the public, thereby increasing its prevalence:

1. When a parent of the fetus has an eugenically or genetically transmitted mental or physical illness.

2. When a parent of the fetus has a defined transmitted disease.

3. Pregnancies by a rape or a near-rape.

5. When continuation of a pregnancy can cause serious health problems to a woman.

In particular, the last condition above has been pointed to as the principal culprit for the pervasiveness of abortion because of its vagueness.

And they argue that the law against abortion also limits women’s right to make their own decision.

However, they overlook the facts and the circumstances as to why those countries are able to keep the abortion rate low.

In those countries women and babies are institutionally supported and protected, and their societies are more birth-friendly. They do not need strong law enforcement.

And it is sure that this kind of social system is most desirable. Unfortunately our country is not ready for it.

In our country, both socially and politically, there is almost no effort to prevent or reduce the number of abortions. There is also little awareness among people of the severe and tragic consequences of abortion for mother and baby.

In these circumstances, changing the law against abortion to be more liberal would be like removing a breakwater without shelter belts.

It is women and babies who would be the victims of the destroyed breakwater. By breaking the breakwater we would endanger their health and life.

We should set about building the strong natural shelter belts we need. Then, we might not need a breakwater anymore.

The law against abortion works like the breakwater. It helps to control the high rate of abortion. Therefore, the law should be stricter or at least it should maintain the status quo.

In the meantime we must devote all our energy into building a safe society for women not to make the choice to abort.

Tragedy is likely to result if the order of the process is messed up.

If we concentrate solely on liberalizing the law without making a proper policy to protect women and their babies, the outcome will be a disaster sacrificing the woman’s and baby’s right to live.

Anna Choi is a gynecologist and spokeswoman for GYNOB, a group of doctors concerned about the future and integrity of the obstetrics and gynecology professions in Korea. ― Ed.