Korea, Europe now in one market 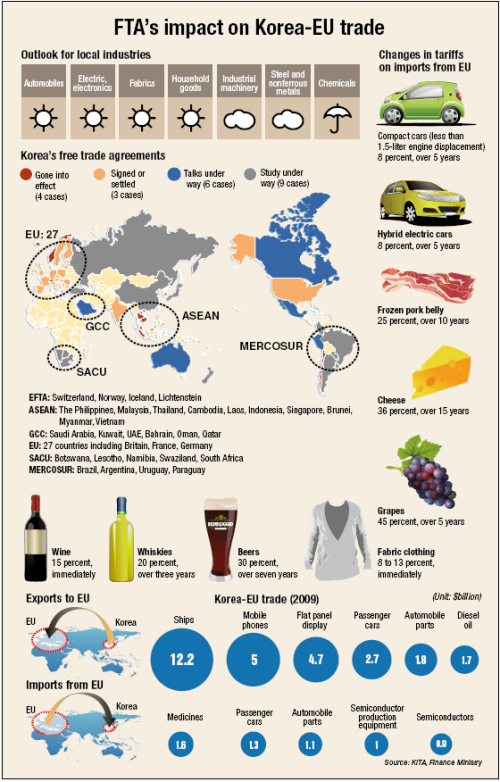 The Korea-EU Free Trade Agreement took effect Friday, beginning the process of removing tariffs on more than 20,000 items produced in Korea and the EU.

According to the European Union Chamber of Commerce in Korea, the pact will open up new trade opportunities in goods and services worth 31.9 billion euros ($45.6 billion) for the EU and Korea, and remove 2.7 billion euros in tariffs placed on goods traded between the two parties.

With the EU being the largest trade partner yet to implement such a deal with Korea, local think tanks are projecting significant benefits for Korea’s economy.

The EU is Korea’s second-largest export destination, and European goods account for the fourth-largest portion of Korea’s imports.

According to the results of studies conducted by state-run think tanks including the Korea Development Institute, the country’s gross domestic product could expand by as much as 5.6 percent in the 10 years following the Korea-EU FTA’s implementation.