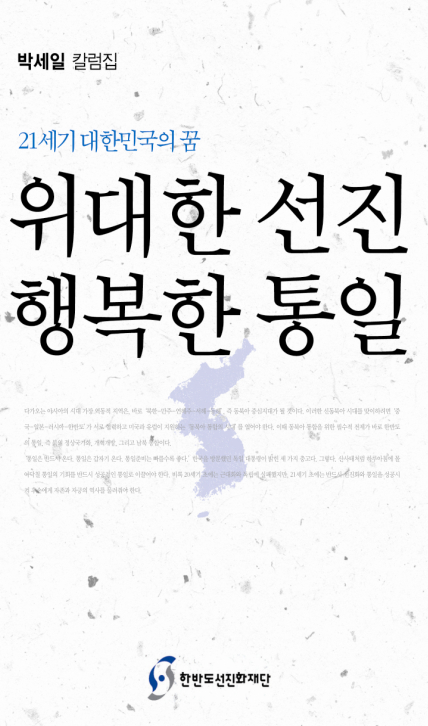 Park Se-il, professor of law and economics in the Graduate School of International Studies at Seoul National University, has published a collection of newspaper columns that he wrote over the last 10 years.

Park, who is the founder and chairman of the board of Hansun Foundation -- an independent, non-partisan public policy research center -- has been offering policy recommendations on how South Korea can establish itself as an advanced nation while aiming for a peaceful unification with North Korea.

In the book, Park discusses Korea’s democratization, world globalization and its challenges, and what he thinks are important factors when the two Koreas are reunified.

In a discussion of post-unification Korea and its national security, Park suggests a nuclear-free Korean Peninsula; that the Koreas must be governed separately until the North develops a market economy; and coordinated measures to ensure the ultimate peace and development of North East Asia.

In his introduction, Park says he is not suggesting the two Koreas should simply go back to the way they were before the Cold War by reaching reunification. He says it should rather be a “new unification” that should ultimately bring the “era of peace” in Asia while strengthening Korea as an advanced and influential nation in the world.

“If every Korean citizen gathers together for one shared purpose with the same mindset, and does not forget the word ‘reunification,’” Park writes in his introduction, “We can definitely achieve great advancement and peaceful unification in this country.”


Ex-cop forced to revisit past 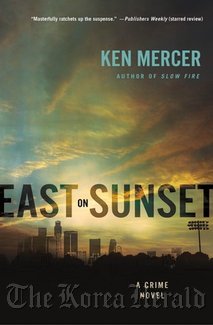 Ken Mercer brings back troubled hero Will Magowan in his new crime novel, “East on Sunset.” And life gets no easier for the ex-cop, ex-drug addict.

Magowan, introduced in Mercer‘s “Slow Fire,” was kicked off the Los Angles police force when he started using drugs. But things have finally started looking up. He’s clean and sober and has a job he loves. He‘s also back with his wife, and they are expecting a baby.

Trouble arrives in the form of Erik Crandall, fresh out of prison and determined to collect the $500,000 he feels he’s owed from the drugs taken from him when he was arrested. The drugs disappeared before his trial.

Crandall believes Magowan stole them, and he concludes that Magowan owes him the money. He is so bulked up on steroids, he seems more monster than man. He begins to crank up his harassment of Magowan and his wife.

Magowan has no recollection of arresting Crandall, although he was so heavily into drugs back then, his memory may be faulty.

His reputation within the police department is a problem, and when he asks for help with Crandall, the cops are reluctant to help him. Forced to try to get to the bottom of Crandall‘s claims, Magowan finds there may be some truth in what the ex-con is saying.

Mercer carefully moves his plot forward, drawing out the tension and adding some surprising twists along the way.

“East on Sunset” is filled with realistic characters -- even the insane and menacing Crandall. Especially touching is Magowan’s struggle to sort out a past that is clouded by his use of drugs, the people he should and shouldn‘t trust, and his struggle to stay straight.

Mercer gives readers plenty to stick around for, from Magowan’s problems with his job interview to the final selection of a name for his unborn son.