Applicants around the world can submit their K-pop cover dance video to the webpage. 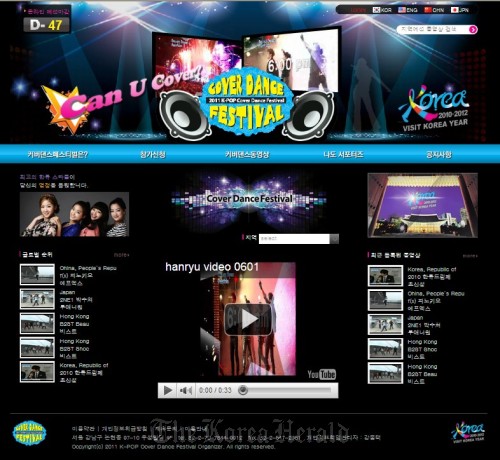 In countries where the registered videos get the most hits and “recommended” buttons clicks, the committee will run a second round competition by September. The finalists will be invited by the committee to visit Korea and compete on Oct. 3 in Gyeongju where the Korean Wave Dream Concert will be held on the same day.

The final winners can join K-pop stars on stage at the Korean Wave Dream Concert, the committee said.