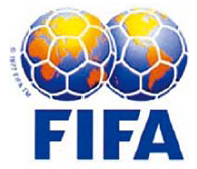 With his only challenger, Mohamed bin Hammam of Qatar, provisionally suspended along with FIFA vice president Jack Warner due to bribery allegations, Blatter said the two had done “great damage” to football as the scandal spread to the awarding of the 2022 World Cup to Qatar.

During an impromptu news conference at an overcrowded FIFA headquarters ahead of Wednesday’s election, an intense Blatter gave staccato answers to difficult questions and lectured journalists to behave with “respect” and “elegance” when they queried his 13-year rule.

“You are not in a bazaar here, you are in the FIFA house,” Blatter scolded one heckling reporter.

Blatter ended another turbulent day for world football’s governing body by vowing to restore order to FIFA, and dismissed evidence that his second in command had suggested Qatar “bought” the right to host the 2022 World Cup.

It came a day after bin Hammam and Warner were sidelined by an ethics committee over allegations that Caribbean football leaders were paid $40,000 each to back bin Hammam’s now-abandoned presidential bid.

Highlighting the unease within a sport that has long learned to live with scandal, leading sponsor Coca-Cola joined sporting goods giant Adidas in stating their unhappiness at the claims.

Coca-Cola said in a statement to the Associated Press that “the current allegations being raised are distressing and bad for the sport,” adding “we have every expectation that FIFA will resolve this situation in an expedient and thorough manner.”

To make matters worse, Blatter failed to come out in defense of FIFA secretary general Jerome Valcke, who admitted he had written an email to Warner saying bin Hammam might have been thinking that “you can buy FIFA as they bought the WC.”

When asked for a reaction, Blatter said “I don’t answer this question,” before adding, “we will come back inside the FIFA on that.”