FORT LAUDERDALE, Florida ― Raids on South Florida pill mills have drawn attention to the dangers of prescription drugs. But also life-threatening can be the aisles of over-the-counter medications at drug stores, where seemingly harmless pain relievers and other products account for a growing number of overdoses.

Calls to the Florida Poison Information Center Miami, which handles all of South Florida, rose sharply for several over-the-counter health products over the past 10 years. These include acetaminophen, an ingredient of Tylenol, cold medicines and some generic pain relievers; vitamins; ibuprofen and similar pain relievers; and cold and cough medicines.

Contributing to the problem, experts say, is a lack of health insurance, leading many people to substitute over-the-counter medications for visits to the doctor. About 18 percent of Americans under 65 lacked health insurance in 2009, according to the latest figures from the Centers for Disease Control and prevention.

“It’s a huge issue,” said Wendy Stephan, health educator for the Florida Poison Information Center Miami, which covers Broward, Miami-Dade, Palm Beach, Lee, Collier and Monroe counties. “As people have difficulty accessing health care or they don’t have insurance, they tend to move into over-the-counter medication. People believe the over-the-counter products are over-the-counter because you can’t screw up with them, but you can inadvertently overdose yourself.”

Suffering from a painful toothache, Mark Erdman, 49, would pop four Tylenol or ibuprofen tablets at a time. The Palm City man refused to go to the dentist, preferring to numb the pain himself since he lacked health insurance.

The abdominal pains hit as he drove his truck to West Palm Beach to do a job for the insulation company for which he worked. He began to vomit. Doctors diagnosed liver and kidney failure from excessive consumption of pain relievers. Within a few days, he was dead. 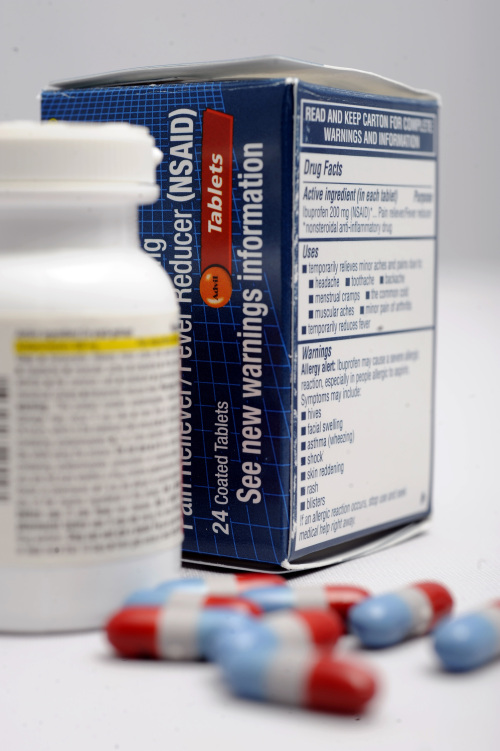 Erdman’s wife, Renee, is still stunned, saying neither of them had any idea of the danger from these medications.

Attempting to protect their own health, people have also been overdosing on vitamins.

“As people are more concerned with losing their jobs and losing their health insurance, they’re taking more vitamins,” said Stephan, of the Miami poison center. “Vitamin sales have gone through the roof. People are trying to go it alone.”

The worst danger is to small children, who may associate vitamins with candy and can suffer iron poisoning from eating adult vitamins. Cases are rare but can be fatal because excessive iron causes multiple organ failure, she said.

For adults, the dangers are milder and fatalities rare, although the excessive consumption of vitamins can put stress on the body, she said.

“They’re really overwhelming their kidneys and straining their systems,” she said.

Although many medication overdoses are accidental, some result from intentional abuse.

“Younger kids ― 14, 15, 16 ― are experimenting with over-the-counter medications, said Dr. Nabil El Sanadi, chief of emergency medicine at the North Broward Hospital District. “We’re seeing a lot of kids trying to drink cough medication, which has a little alcohol in it and it gives them a buzz. They come in looking listless, confused, they’ll have a fast heart rate. And as we’re doing the blood tests, we pick up that they have too much acetaminophen in their blood.”

In such cases, doctors administer an intravenous drug to protect the liver, El Sanadi said. “Usually if you stop the abuse, if they haven’t caused so much damage that it’s irreversible, they heal most of the time.“

Although this year the state of Florida began limiting sales of cold medicines containing ephedrine and pseudoephedrine, which are sometimes used to make methamphetamine, other cold medicines that contain alcohol and acetaminophen are available without restriction.