The Use and Abuse of Literature
By Marjorie Garber
(Pantheon Books, $28.95) 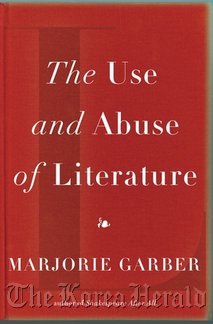 In an age that prizes short bursts of electronic information, Harvard English professor Marjorie Garber asks whether literature still matters. As might be expected of someone who has spent her career teaching Shakespeare to undergraduates, she answers with a resounding “yes.”

Garber sets the stage for her examination of literature by citing a report from the National Endowment for the Arts, which found that less than half the adults responding to the 2002 U.S. Census had read any novels, short stories, poetry or plays in their free time.

To her credit, she doesn‘t take this as a sign of the collapse of Western civilization; on the contrary, she acknowledges that someone who might not know the line “Do I dare to eat a peach?” — from T.S. Eliot’s great poem, “The Love Song of J. Alfred Prufrock” — may very well be fluent in the visual language of videos, film, television, advertising and rock music.

What scares her more than ignorance of Eliot is unmistakable evidence that the study of literature is no longer considered essential for a well-educated individual; it appears to have been pushed aside by science and technology.

Rather than studying the humanities to understand humanity, today‘s college students, and even their professors, are more likely to look to the insights of neuroscience to grasp the complexities of the human mind.

For Garber, of course, literature does matter. “Language does change our world,” she writes. “It does make possible what we think and how we think it.” Echoing an argument made by the eminent literary critic Harold Bloom, Garber claims for literature a sort of stem cell-like power to generate fresh and new imaginative experiences in those who read it.

If you don’t believe her, here‘s Virginia Woolf on why reading poetry can be a transformative experience: “Our being for a moment is centered and constricted, as in any violent shock of personal emotion.” And here is Eliot himself, to explain why poetry matters: “When a poet’s mind is perfectly equipped for its work, it is constantly amalgamating disparate experience ...”

For anyone who‘s taken a survey course in English literature, or, God forbid, majored in English, this book will send you back to the canon. Whether Garber and her English Department confederates can persuade a generation addicted to YouTube and Twitter to download Woolf, Eliot and Shakespeare to their Kindles remains to be seen.

Join the Club: How Peer Pressure Can Transform the World
By Tina Rosenberg
(W.W. Norton and Co., $25.95) 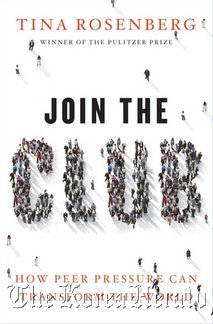 When Tina Rosenberg told people she was writing a book on peer pressure, they assumed the worst. After all, wasn’t peer pressure often cited as the cause of bad behavior?

But what if peer pressure could change the world for the better?

Her book contains over a dozen examples of the social cure at work: Fostering AIDS awareness through a lifestyles brand. Reforming the entrenched discrimination that India’s “untouchables” face by teaching them valued nursing skills. Alleviating the problem of suburban isolation. Getting kids to stop smoking, learn calculus. Even overthrowing a dictator.

Rosenberg is known for getting as close to her subjects as possible — and emerging to tell the tale. The chapters dedicated to the overthrow of Yugoslavia‘s President Slobodan Milosevic in 2000 can be read as a continuation of her Pulitzer Prize-winning “The Haunted Land: Facing Europe’s Ghosts After Communism.”

Her first book, “Children of Cain: Violence and the Violent in Latin America,” was written in a similar fashion about countries in Central and Latin America struggling with violence, corruption and geopolitical pressure during their transition to democracy. Written while she was on a five-year sojourn to the region on a MacArthur Foundation grant, the gutsy chronicle has become required reading on the modern history of Latin America.

Just as her previous works describing brutality and government oppression are difficult to endure for the horrors they exposed, this new optimistic tale of hope might be just as difficult a subject for many reasons. But Rosenberg isn’t a Pollyanna. This is a well-documented account of how peer groups can change the world, and already have.

Rosenberg works on The New York Times collaboration Fixes, an online column about social change for which this book could be considered an introduction.